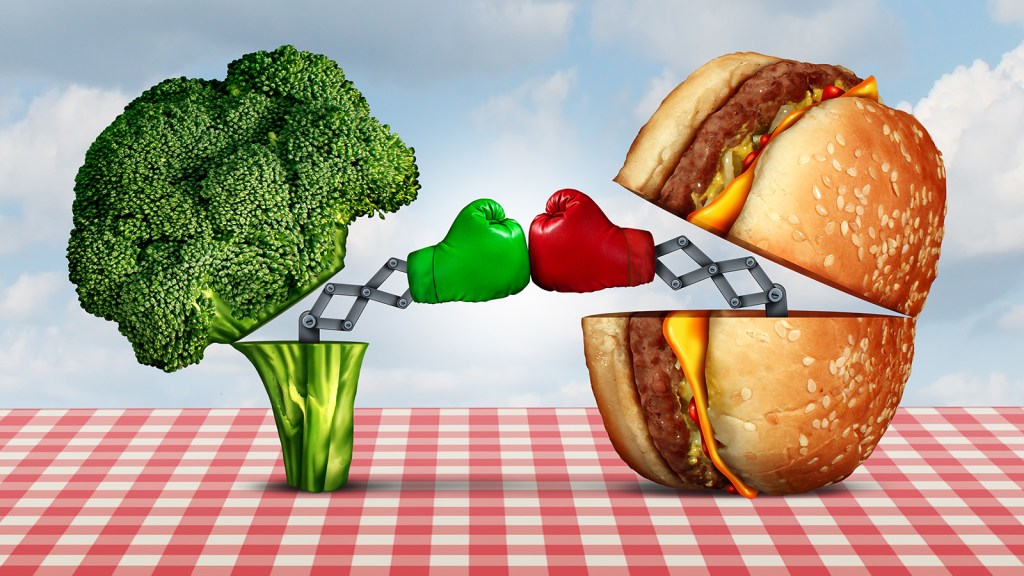 Given how long we humans have been putting food in our mouths and swallowing it, you’d reckon eating would be a relatively simple business by now – but, alas, no. It turns out that figuring out how we should grow, sell, and tax our food is one of the most heated debates in America. From GMOs to school lunches, our national policy on food is very fraught — and very complicated.

So next time you’re digging into the ups and downs of how we, well, dig in, you should at least know what to expect. Here are eight of the biggest food policy debates we expect to see on legislative menus across the country this year:

Obesity is one of the biggest health epidemics America faces today, and our penchant for sweets — especially when they’re easy to consume, as in the case of, say, a dirt cheap Big Gulp of Coke — is one of the main culprits. The idea behind soda taxes is to make sugary drinks slightly harder to get ahold of, simply by making them more expensive.

But do soda taxes work? That might depend on the recipe of the tax: How much tax is too much, too little, or just right? Some economists say you’d need a fairly substantial price spike in order to make a dent in the demand. Others argue that it would be more effective to simply tax the sugar, not the drinks that get made from it.

Since we all need food to live, making sure everyone can get it sounds like a no-brainer. And yet conservatives continue to cut into Supplemental Nutrition Assistance (SNAP) programs. Tussles over food stamp programs include everything from who really needs government assistance, to what sorts of foods that assistance should give them access to, to just how badly Gwyneth botched the food stamp challenge.

The idea of eating genetically modified organisms (GMOs) gives a lot of people the heebie-jeebies, whether they are worried about their own health or the environment’s. The push to label food made with genetically modified ingredients has been popular in activist circles for several years, but now the conversation is increasingly moving into courts and legislatures. While knowing what you eat is generally a good idea (no one wants to stir sugar into their coffee only to realize that it was actually salt), some argue that GMO labeling isn’t an effective way to change the food system, or even that it could cause unnecessary panic.

When you’ve got an infection, antibiotics quickly become your new best friend (no offense, Laura). But when they’re used on farm animals? They start looking much more like a frenemy. The main problem is that rampant antibiotic use on our livestock creates more antibiotic-resistant bacteria, which means the stuff might not work when we need it ourselves.

“An apple a day keeps the doctor away!” “Milk does a body good!” “You are what you eat!” There is no shortage of opinions on the best way to feed ourselves, but in fact, a lot of nutritional science is pretty tentative. Still, we know some things for sure — and given the state of American health, it’s clear we can do better.

The only food discussion that tends to get more heated than the best thing to put into our own mouths? What to feed our children.

Which foods should and shouldn’t be included in school lunches — and who’s going to pick up the tab — is one of the most persistent debates over our daily grub. And so long as we keep having children and sending them to school, we don’t think this one is going away anytime soon.

Honeybee numbers are increasing now, but they are still overworked, overstressed, and more vulnerable than their ancestors — and their disappearance would have big ramifications for our food system as a whole.. And there’s troubling evidence that wild pollinators are in much worse shape than those protected by beekeepers: Bats, birds, butterflies, and tons of other insects also face serious threats. Given that about 75 percent of the world’s staple crops depend on pollination, this is an issue we’ll want to address — and soon.

Producing food on a big scale almost always takes some kind of toll on the Earth, but some agricultural systems are more sustainable than others. From advertising to farm subsidies, there’s a lot about our agricultural system to beef about. Luckily, there are publications (hello, Grist!) and programs out there to help you find your way around your very messy plate.

Pace University’s Masters in Environmental Policy trains students to understand the complexities of environmental policy, in particular how different decisions about issues like food, water, energy and transportation — could lead to a better climate future.