If Jeff Flake has taken up your cause, your cause is in danger 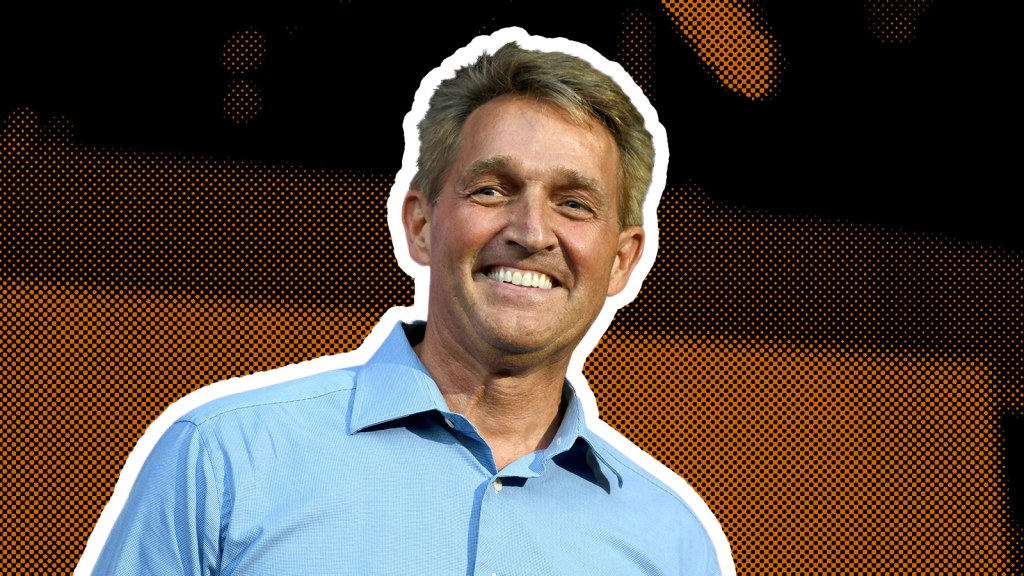 If Jeff Flake has taken up your cause, your cause is in danger

This weekend, someone — specifically, George Stephanopoulos — saw fit to ask Arizona Senator Jeff Flake what he thought of the Republican party’s position on climate change. Senator Flake, an active member of the party controlling our nation’s legislative branch (as well as its executive and judicial branches), said that he thinks the government should do more to combat warming.

You can always count on Flake to say something vaguely ethical and then do whatever will most directly undermine it. Most recently, you may remember him for giving an impassioned soundbite in support of Christine Blasey Ford, the woman who accused Supreme Court nominee Brett Kavanaugh of assault, … and then immediately voting to confirm Kavanaugh to the court. You may also recall him speaking out against the Republican tax reform effort last December … and then immediately voting to make it law.

Conflict-resolution theory, according to Kim Kardashian West’s makeup artist, dictates that when you are disappointed in someone’s behavior, you should mention some of their good qualities so that it’s clear you are viewing them in a balanced way. Here we go: Jeff Flake has very nice teeth. On Sunday, Flake showed off his excellent chompers while giving the following vacuous reaction to the recent, upsetting U.N. climate change report to Stephanopoulos on ABC’s The Week:

“There’s been more recognition [of the need for climate action] among Republicans, but the administration hasn’t taken the view of some of us that this is something we really need to deal with along with the rest of the world and address this. It’s going to be challenging — obviously, that report that came out was pretty dire. But I think there’s things we can do and should do, and Republicans need to be at the forefront if we want to keep our place and keep our seats.”

It is true that Republican officials have not been particularly proactive on the matter of climate change, to say the least. Just this weekend, in the aftermath of the “dire” IPCC report, President Trump’s economic advisor Larry Kudlow stopped just short of calling the assessment a “scare tactic.” And Flake’s colleague Marco Rubio, who represents Florida, where Hurricane Michael made its devastating landfall this past week, said he did not want to “destroy our economy” to combat climate change.

As a U.S. senator in a majority party, Jeff Flake is one of the one hundredth of one percent of humans in the world who can have a real, direct, tangible influence on slowing climate change. While he’s not seeking re-election this year, here is what he’s done with that position of power: He voted to confirm Rex Tillerson, Rick Perry, and Ryan Zinke to Trump’s cabinet. He voted against restricting methane pollution, incentivizing energy-efficient homes through the mortgage market, and banning fossil fuel drilling in the Arctic Refuge. He has a 8 percent pro-environmental voting record, according to the League of Conservation Voters.

Now that he’s made public comments about the need to take on climate change, I look forward to Jeff Flake’s upcoming vote to build more coal plants on top of whales.