It’s Friday, December 21, and 2018 was a big year for climate change lawsuits. 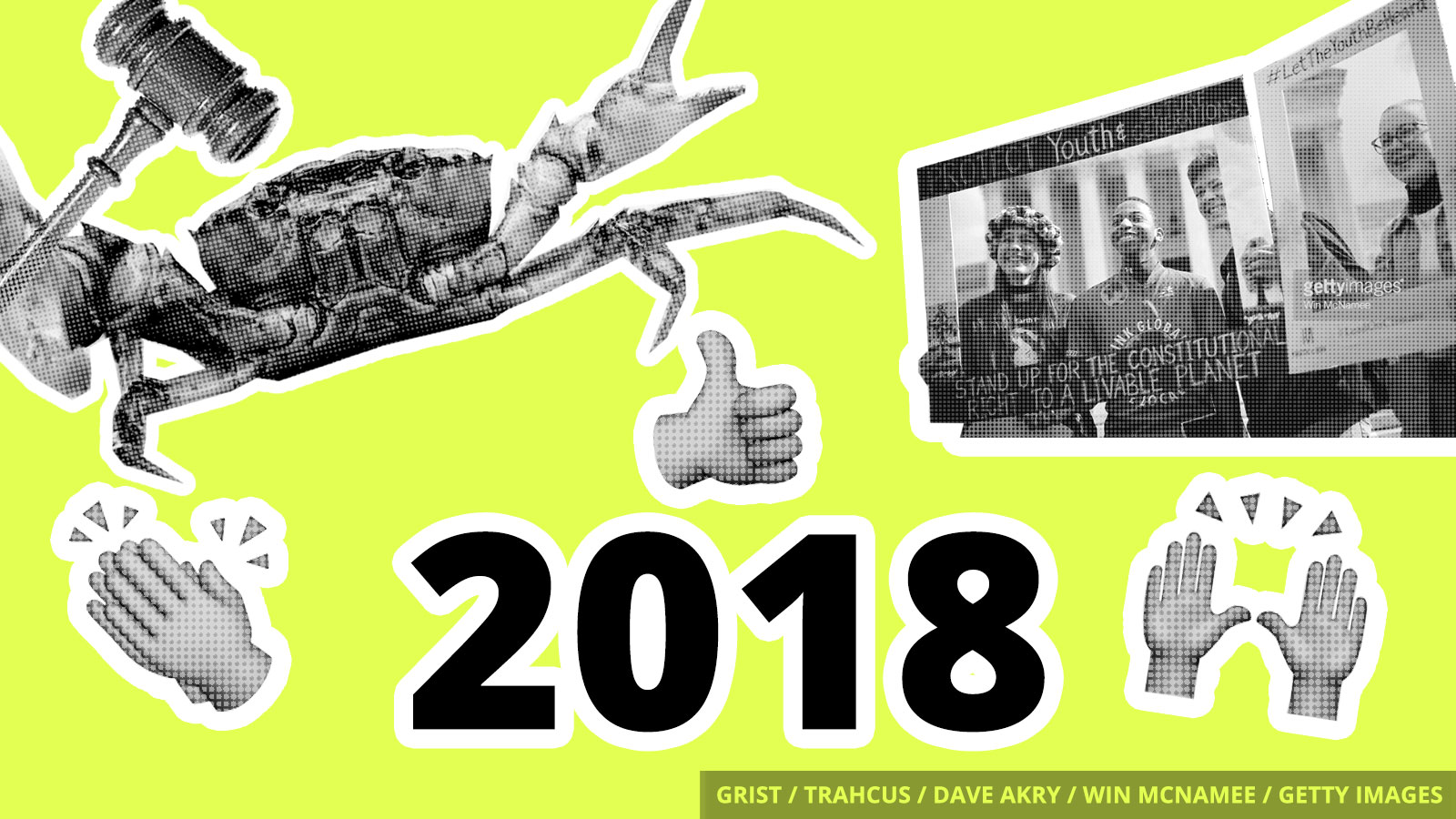 As this year from hell comes to a close, we thought you’d like to join us in reminiscing about the things that actually gave us hope over the last 12 months. Today’s episode: the climate change lawsuit!

Two cities in California let loose with a climate liability lawsuit against major polluters back in 2017, and a bunch of other places have jumped on board the lawsuit train over the course of this year: Boulder, Colorado; New York City, New York; Richmond, Virginia; King County, Washington; the state of Rhode Island; and, most recently, Baltimore, Maryland.

These lawsuits seek to pin liability for climate change on major polluters, using the fact that Exxon et al knew about the dangers posed by climate change for decades and purposefully misled the public about it. Exxon has been fighting back against the charges tooth and nail, but, despite legal pushback, cities and counties keep filing new suits.

Big Oil isn’t just being taken to task for climate liability. Exxon is also being sued by at least one city (the Big Apple! Heyo!) for climate fraud — misleading investors about how climate change was going to affect the company’s economic future. And a bunch of commercial fishers are suing 30 oil companies over climate change. Apparently, rising temperatures are affecting all kinds of people and livelihoods, who woulda thunk it?

Remember when Trump opened up parts of the Arctic National Wildlife Refuge for drilling last year? His administration just released a draft of its environmental impact statement, which means the U.S. is one step closer to letting oil companies drill in ANWR. If you have thoughts on the matter, the public comment period is from now through Feb. 11.

Puerto Rico lost 4 percent of its population after Hurricane Maria, U.S. census data shows. That’s 130,000 people. We already knew that 200,000 folks moved away after the deadly hurricane devastated the island in 2017, but we didn’t know how many wouldn’t return.

According to a new study on the “domino effect,” environmental collapses — things like melting ice sheets and forest fires — are interconnected. Case in point: Melting ice means the ocean reflects less sunlight, which means the earth gets hotter and the risk of forest fires increases. So, one collapse can trigger more collapses.

Seagrass could save our gr(asses)