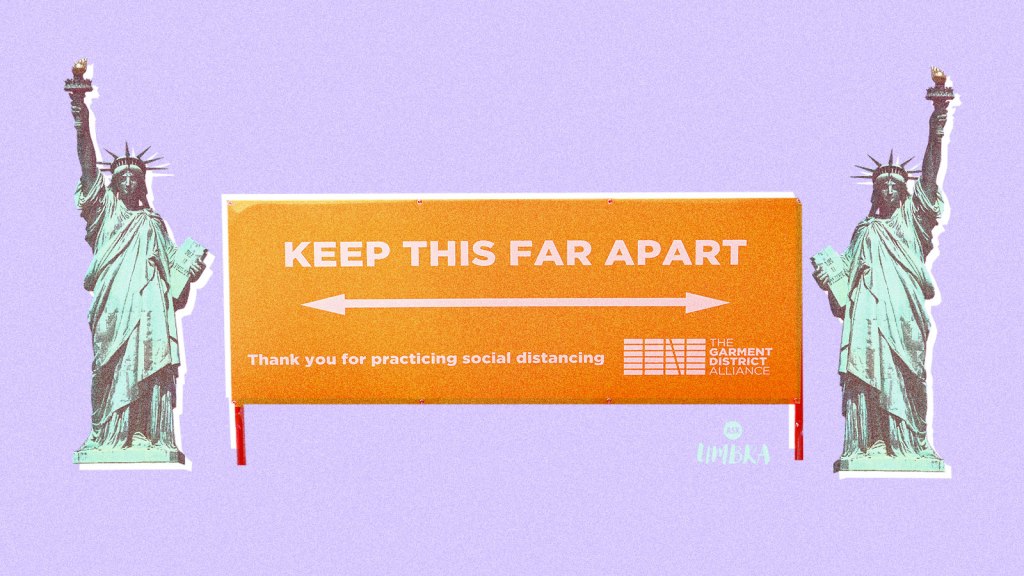 How can we make cities more resilient to future pandemics and infectious diseases?

The COVID-19 pandemic has given us a glimpse of the best and the worst that cities have to offer.

Here in New York — where I’m entering month three of seclusion in my 410-square-foot apartment — some streets have finally been closed off to cars so people can more easily walk, bike, rollerblade, and skateboard in a socially distanced way. Neighborhood mutual aid groups have sprung up overnight, matching volunteers with time on their hands with vulnerable residents in need of groceries or medication. A local nonprofit has organized a bicycle donation program that lets people give their unused bikes to essential workers looking for a safe way to get to work. And every night at 7 p.m., the city vibrates with noise as people clap, cheer, and bang pots and pans from their windows to thank essential workers for keeping the city running.

At the same time, once-thriving business districts are now littered with empty storefronts, a sign of Congress’ Paycheck Protection Program’s failure to reach many small business owners here. Like many cities, New York’s coffers have been decimated: The pandemic is projected to cost the city at least 475,000 jobs and nearly $10 billion in tax revenue. Mayor Bill de Blasio’s decision to put the New York Police Department in charge of enforcing social distancing has had predictably violent and racist results. And then there are the dramatically disparate racial and socioeconomic impacts of COVID-19 itself, with low-income New Yorkers of color bearing the brunt of the virus — a reflection of decades of discriminatory economic and housing policies.

New York, like many other great American metropolises, is at a crossroads right now. The pandemic has called cities’ essential quality — density — into question. Many people, including New York governor and freshly minted “media hero” Andrew Cuomo, have blamed New York City’s outbreak on its high number of people per square mile. “If you can reduce the density you can reduce the spread,” Cuomo said at one of his well-received public briefings in March.

But the evidence isn’t on Cuomo’s side. The Big Apple’s coronavirus outbreak map hasn’t overlapped with its density map; many similarly dense cities in Asia have avoided major outbreaks with aggressive prevention measures; and Cuomo’s refusal to take action in the early weeks the crisis was likely a deciding factor in New York’s out-of-control case curve. But even so, dense city living — and many of the things that make that density possible, like robust public transportation networks — have been tainted with suspicion by the threat of COVID-19 infection, sending people of means fleeing from urban centers to rural and suburban getaways to ride out the pandemic. Many of them will likely be back; some won’t.

You probably know this already, DENSE, but density is a big part of what makes cities fun, exciting, and climate-friendly places to live. It lets city-dwellers have access to shared amenities like shops, parks, museums, theaters, libraries, and healthcare facilities. It makes housing more affordable and more energy-efficient. It lets people get where they need to go without a carbon-intensive vehicle. It gives entrepreneurs a big enough potential customer base to take a chance on opening a new restaurant, coffee shop, or bar. Urban planning icon Jane Jacobs famously argued that density spurs creativity and innovation by bringing different kinds of people together.

Density is definitely what makes the 7 p.m. essential worker cheer possible — it’s precisely because we’re so tightly packed that everyone in my neighborhood can hear one another clap and hoot and bang on pots and pans for essential workers every night. Without density, I’d just be loudly clanging my meditation bell at my window every night by myself, like a weirdo.

The good news is, density is not the problem per se during a pandemic. Crowding is the actual culprit behind transmission, said Michele Acuto, professor of global urban politics at the University of Melbourne and the director of the Connected Cities Lab. “[C]alls against density have lost, often entirely, the complexity of socioeconomic diversity underneath it,” he wrote in an email to Grist. Infectious respiratory diseases like COVID-19 spread easily when conditions influencing proximity are not properly managed, but there are steps city officials can take to reduce crowding while retaining — perhaps even improving — cities’ essential character.

To reduce crowding, reallocating outdoor space is the city planner’s secret weapon. “In large part, crowding is what happens when we dedicate the vast majority of our public urban space to cars, with not nearly enough left over for people,” explained Brent Toderian, the former chief planner for Vancouver, in an op-ed for Streetsblog. Rededicating public spaces to people will let people get around and enjoy city life while staying far enough away from one another that they don’t risk transmission of COVID-19 (or another hypothetical future respiratory disease).

Many cities around the world have started taking steps in this direction: Paris Mayor Anne Hidalgo has begun converting 30 miles of car lanes into bike lanes and making 30 other streets pedestrian-only to make it easier people to get to work and run errands without crowding; Milan has plans to turn over 22 miles of road to cyclist and pedestrian use. And de Blasio, to his credit, has begun looking into the possibility of allowing restaurants to use New York City streets as seating areas, which would help prevent crowding inside restaurants, keep small businesses open, and give stir-crazy city-dwellers another place to go and cool off on hot summer days.

Giving people more space when they’re indoors is another crucial way to help stop pandemics in their tracks. Unsurprisingly, the neighborhoods hardest hit by COVID-19 in New York have been the ones with the highest rates of overcrowding, defined as more than one person living in a room. (It’s hard to self-isolate when you’re sharing a room with someone!) One of the best ways to reduce crowding in homes is for cities to build more housing and for state and federal policymakers to direct housing subsidies to low-income people. In 2015, 60 percent of housing subsidy dollars went to households earning six figures, mostly in the form of the mortgage interest deduction. If America’s public funding for housing went to the people who needed it, instead of the people who don’t, low-income people wouldn’t have to cram into overcrowded apartments for financial reasons — and those without housing wouldn’t have to choose between the rock and the hard place of streets or packed shelters. (Speaking of allocating resources, a more robust social safety net in general would also give workers more leverage to demand safe, socially distanced workplaces during pandemics.)

One of the most challenging places to reduce COVID-19 transmission will be on public transportation, the lifeblood of cities. Buses and subways are, by definition, enclosed spaces, and they’re often crowded. Here in New York, City Councilmember Brad Lander has proposed a four-step plan for making the subway safer, which includes incentivizing businesses to shift worker schedules so not everyone is commuting at the same time, continuing to clean the entire subway system daily, and building protected bus lanes to keep buses moving efficiently. Personal protection measures, like mandatory mask-wearing and hand sanitizer dispensers — which are already in the process of being installed at 2,000 Paris bus stops — may have to become new norms on public transit.

It is essential that dense cities find ways both to restore trust in public transit and to make public transit faster, cheaper, and more accessible than driving, because introducing more cars onto city streets will make them more polluted, less safe, and less pleasant. “[I]t is crucial to put in place now during the lockdowns alternative systems to driving and strong incentive for sustainable transport and mobility more in general,” Acuto told Grist.

Of course, whether or not cities are able to prepare for the next pandemic is not entirely in city officials’ hands. As we’ve very painfully come to understand over the past two months, resiliency against pandemics largely depends on centralized planning from the federal government — something the current administration badly botched. Cities and states are ramping up contact tracing, a crucial component of any pandemic preparedness plan, but no number of trained contact tracers could ever make up for the lack of testing that allowed the coronavirus to spread undetected around the country for weeks.

Whether cities are able to recover from this pandemic isn’t entirely in city officials’ hands, either. The city and state tax revenue shortfall is real, and local governments won’t be able to make needed investments without a major bailout — or multiple bailouts — from the federal government. Without financial resources, cities will be doomed to become less fair, less prosperous, less safe, less vibrant.

So now might be a good time to call your elected officials in Washington, D.C., and tell them you support aid for city and state governments and more federal funding for public transit systems. Cities are worth the investment.