It’s Monday, December 31, and 2018 was a big year for climate-friendly Democrats. 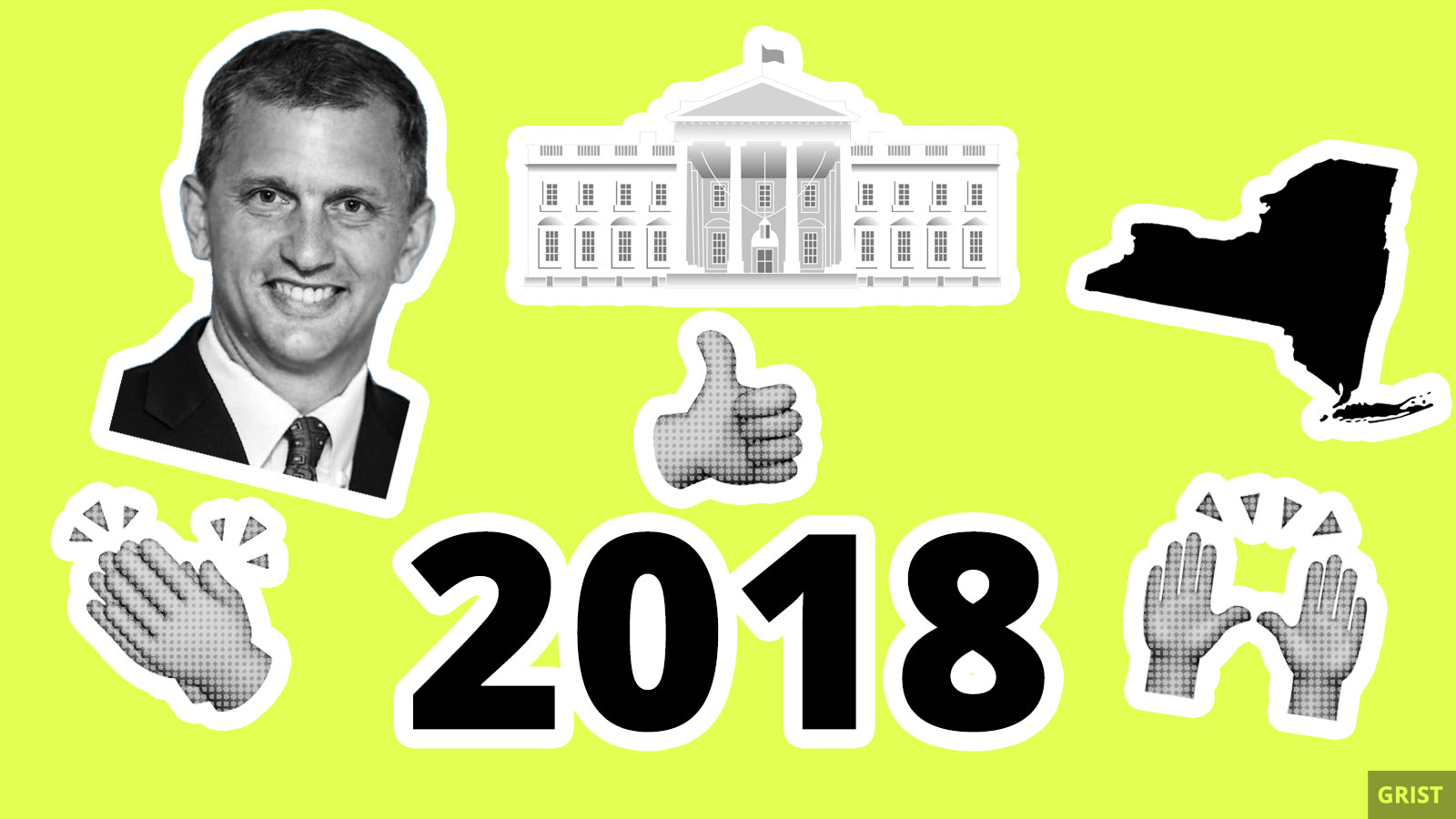 As this year from hell comes to a close, we thought you’d like to join us in reminiscing about the things that actually gave us hope over the last 12 months. Today’s episode: when climate hawks won big.

Democrats flipped the House in November, and a slew of environmentalists joined Congress. That included newly elected representative Alexandria Ocasio-Cortez of New York, who spent her first day on Capitol Hill lobbying Nancy Pelosi for something called a Green New Deal. Voters also elected lower-profile climate champions in the midterms, such as Rep.-elect Sean Casten. The political newcomer worked in renewables (and used to write for Grist) before flipping his Illinois district.

That’s not all: Climate-friendly Democrats also won big at the state level. In New York, Colorado, Illinois, Maine, New Mexico, and Nevada, they achieved something called a “trifecta” — when one party wins control of the governorship, state Senate, and state House. It’s basically the ideal scenario for an elected official who actually wants to accomplish something during their time in office.

The midterm elections brought the number of states with blue trifectas from eight to 14. That means new channels for green policy are now available from coast to coast.

In case you needed more evidence that climate change is already here: In 2018 there were tens of thousands of climate refugees in the U.S. alone, according to the Intercept. A spate of highly destructive, deadly, climate-fueled disasters, ranging from Hurricane Florence to the Camp Fire, left many seeking safer grounds.

Last Friday, Nancy Pelosi (the likely future House Speaker) announced the creation of the “Select Committee on the Climate Crisis.” Yet many activists think the committee, which won’t have subpoena power or ban members who take money from fossil fuels, may lack the backbone needed to get a Green New Deal off the ground.

Global warming is making outdoor ice hockey a thing of the past. The National Hockey League has declared a “vested interest” in stopping climate change and even attended Paris climate summit three years ago, the Boston Globe reports. “Free ice” once gave many hockey champions, like Wayne Gretzky and Bobby Ore, the opportunity to make it big. But now the future of outdoor skating looks a little thin.

The year of the climate change lawsuit