It’s Monday, May 11, and another oil giant is trying to go carbon-neutral. 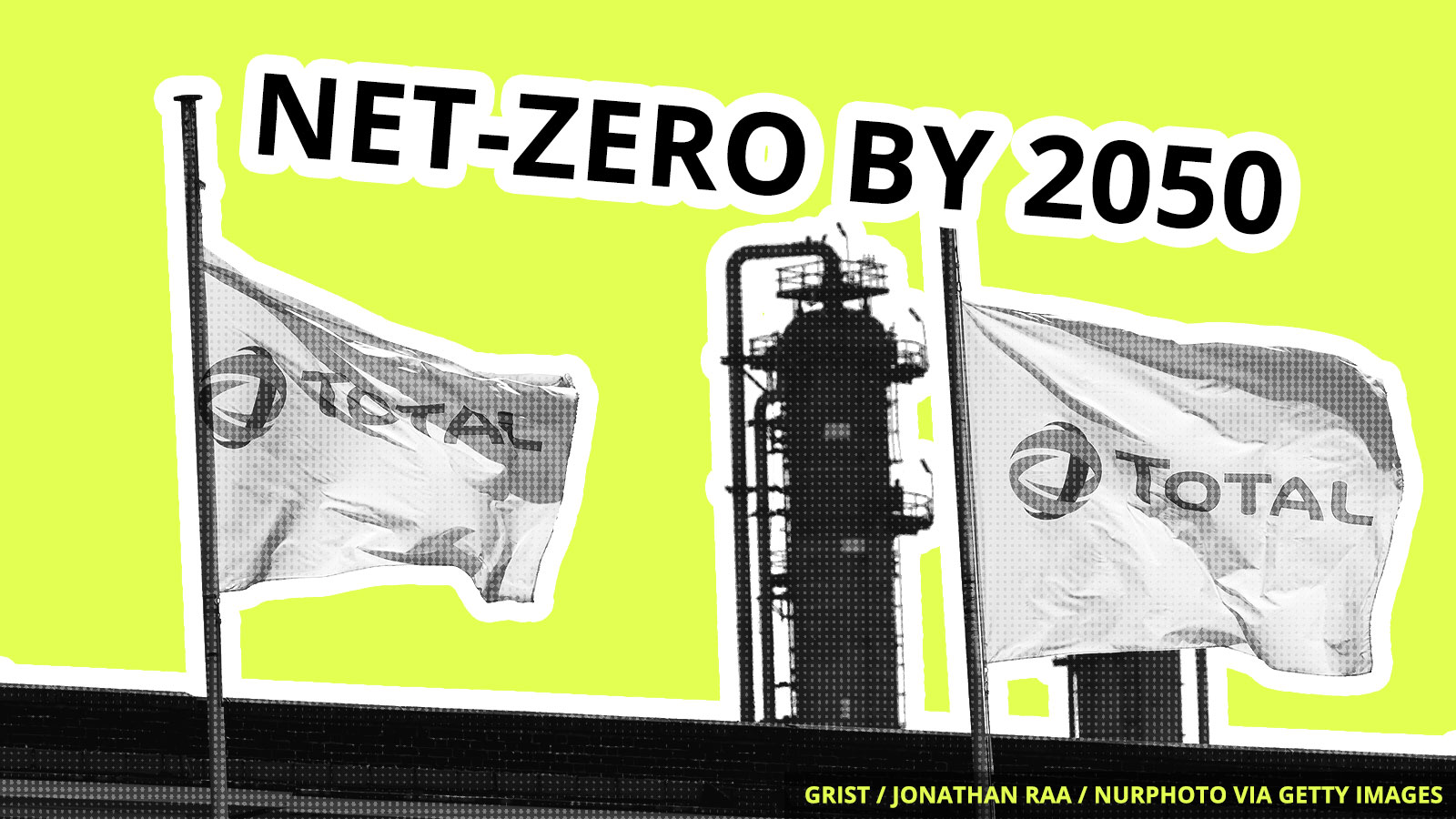 Total S.A., one of the biggest oil and gas companies in the world, vowed last week to bring its emissions to “net-zero” by 2050, joining BP and Shell in setting ambitious climate targets despite economic pressures wrought by coronavirus.

The announcement comes after years of engagement with a shareholder group called Climate Action 100+, which urged the French company to align its business goals with the Paris Agreement and with the European Union’s goal to reach net-zero emissions by 2050.

Like BP and Shell, Total promised zero out the emissions associated with its own business operations by switching to renewable energy and offsetting any remaining emissions. But Total has also gone a step further, vowing that all of its energy products used by customers in Europe will be carbon-neutral by 2050 — and that it will cut the emissions of products used worldwide by 60 percent.

It’s not clear yet how Total plans to radically clean up its business model, but it does have a head start: The company already has stakes in 3 gigawatts of renewable energy and plans to increase it to 25 gigawatts over the next five years.

Scientists have identified hundreds of brief periods of extreme heat and humidity around the world since 1979, which have threatened the lives of millions of people. Severe combinations of heat and humidity typically last two hours at a time at most, but they could last up to six hours by 2060 if little is done to cut greenhouse gas emissions.

Speaking of extreme heat: Peaker power plants — which run only during periods of high demand and emit harmful pollutants — are set to kick into high gear once again as the U.S. enters another sweltering summer. A new report found that New York City residents paid more than $4.5 billion in electricity bills to private owners of the city’s peaker plants over the last decade, even though they operate less than three weeks a year.

Major banks have started divesting from some types of fossil fuels, thanks to pressure from environmental groups. But a group of GOP lawmakers from oil-friendly states is urging President Trump to block banks that administer federal loan programs from “discriminating” against fossil fuel investments. The group accused major banks of attempting to “placate the environmental fringe” by stopping these investments.