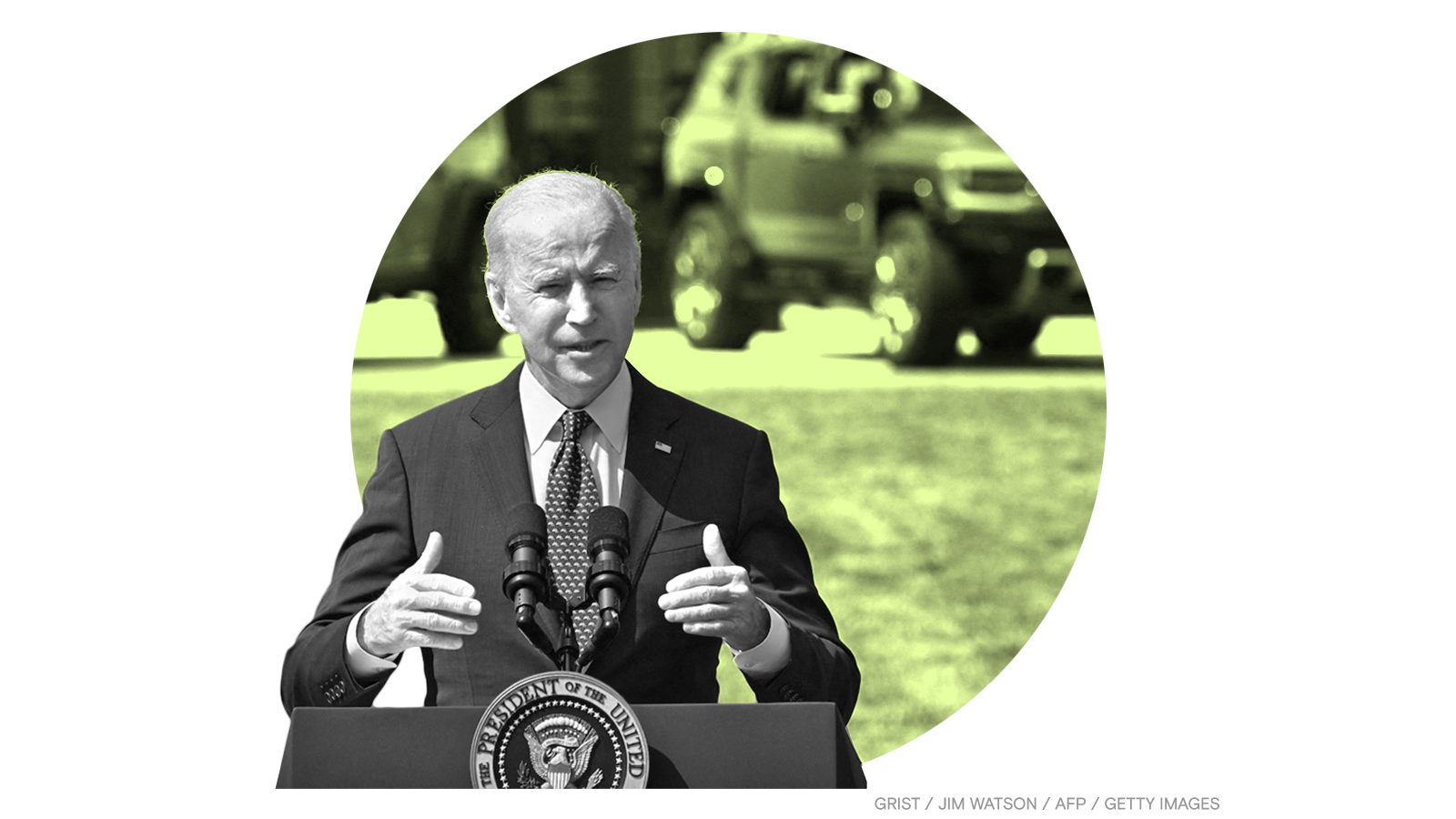 “The future of the auto industry is electric,” President Joe Biden said in a voiceover to a video posted on Twitter Wednesday night. Automakers seem to agree with him.

On Thursday, the “Big Three” American carmakers — Ford, General Motors, and Chrysler (now part of the Dutch auto giant Stellantis) — announced a goal of having 40 to 50 percent of their new vehicle sales by 2030 be electric, in line with a new Biden executive order announced the same day. That would represent a giant step forward for the electrification of transport: Current EV sales in the United States have hovered around a paltry 2 to 3 percent of the total car market over the past several years.

U.S. carmakers have already begun shifting toward electric vehicles. Ford recently released an all-electric Mustang EV, in addition to the much-anticipated electric F-150, and the company promised earlier this year to more than double its investments in electric and autonomous vehicles. General Motors has gone even further, planning to only sell electric vehicles by 2035.

The White House is also forging ahead on other ways to cut emissions from transport. The Environmental Protection Agency and Department of Transportation unveiled new fuel efficiency standards for cars and trucks Thursday, beginning the process of reversing President Donald Trump’s rollback of those standards during his presidency. The proposed rules require a one-time increase in fuel economy by 10 percent in 2023, followed by a 5 percent improvement annually through 2026.

The Atlantic Meridional Overturning Circulation — a large system of ocean currents that transport warm water from the tropics to the North Atlantic — is on the verge of collapse, according to a new analysis in Nature Climate Change. Its currents are already the slowest they’ve been in 1,600 years and may be nearing a complete shutdown — one of a handful of irreversible “tipping points” that would have dire effects on the planet’s climate.

A new report from the nonprofit InfluenceMap finds that the fossil fuel industry spent nearly $10 million on Facebook ads last year. Spending was especially high during the U.S. presidential election, suggesting a politically motivated effort to undermine the possibility of stronger environmental regulation.

Louisiana needs millions of cubic feet of sediment to restore its receding coastlines, but more than half of the usable sand off its coast is blocked by oil and gas infrastructure. As bankrupt fossil fuel companies abandon pipelines and other assets without penalty, states surrounding the Gulf of Mexico are left with fewer options to dredge the sediment they need for resilience projects.

A $500 billion tax for climate culprits