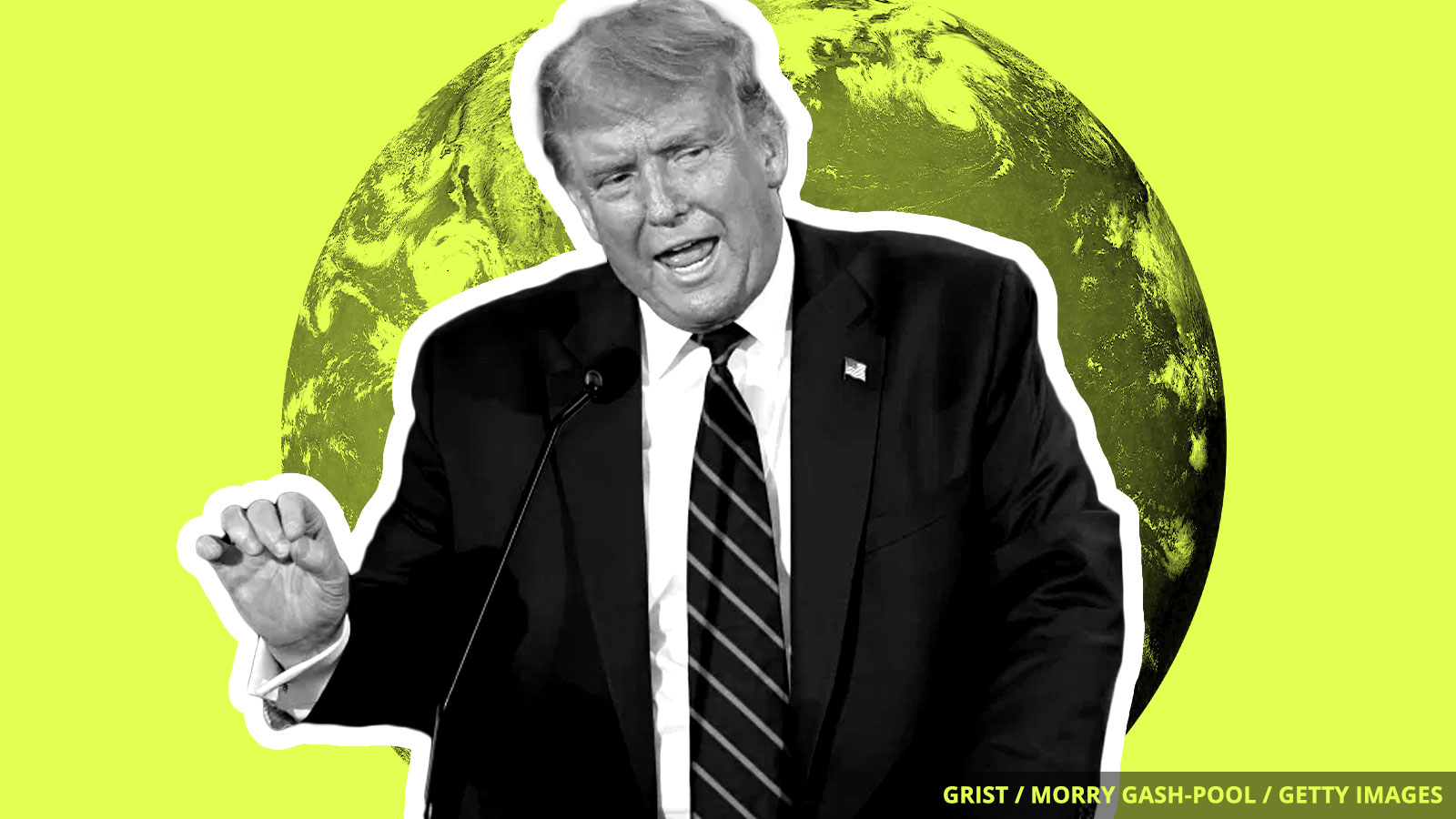 “I’d like to talk about climate change,” said moderator Chris Wallace near the end of the first presidential debate in Cleveland, Ohio, on Tuesday. The question was not on the list of six debate topics Wallace released ahead of the event. By the time the debate hit the one-hour mark, no one expected climate to come up at all. (In case you missed it: Last night was a total dumpster fire.)

But the roughly 10 minutes the candidates spent talking about climate change were not only surprisingly extensive, thoughtful, and civil — they also represented one of the most substantive conversations President Trump has ever been forced to have about climate change on the fly and on such a big platform.

“What do you believe about the science of climate change, and what will you do over the next four years to confront it?” Wallace asked.

“I want crystal clean water and air, we now have the lowest carbon … if you look at our numbers now we are doing phenomenally,” Trump replied, citing some misleading facts about the 2016 Paris Agreement and forest management.

But Wallace didn’t let him off that easy. “What do you believe about the science of climate change, sir?” he pressed. Again, Trump offered up a line about wanting clean air and water. Wallace did not back down. “Do you believe human greenhouse gas emissions contribute to the global warming of this planet?” Wallace asked.

“I think to an extent, yes,” Trump admitted in a rare moment of candor.

When Biden got his two minutes, he touted his $2 trillion green stimulus plan, which he released this summer. “Nobody’s gonna build another coal-fired plant in America. They’re gonna move to renewable energy,” he said. You can watch the whole exchange here.

Hurricane Sally inundated some coastal U.S. cities with up to 30 inches of rain last week, causing widespread destruction. What’s more, the U.S. Coast Guard on Saturday found that oil had washed up along a 5-mile stretch of Florida beaches, possibly having resurfaced from the 2010 Deepwater Horizon oil spill.

A new report has found that human activity has put 40 percent of the earth’s plant species at risk of extinction. That’s double previous estimates, and scientists are worried. “Every time we lose a species, we lose an opportunity for humankind,” Alexandre Antonelli, a U.K. scientist who helped write the report, told the Guardian.

The Environmental Protection Agency has challenged California’s authority to ban the sale of gas-powered cars, which Governor Gavin Newsom vowed to do by 2035 in an executive order issued last week. EPA Administrator Andrew Wheeler wrote on Monday that the state would need to request a special waiver to implement its plan.

The plan to save nature