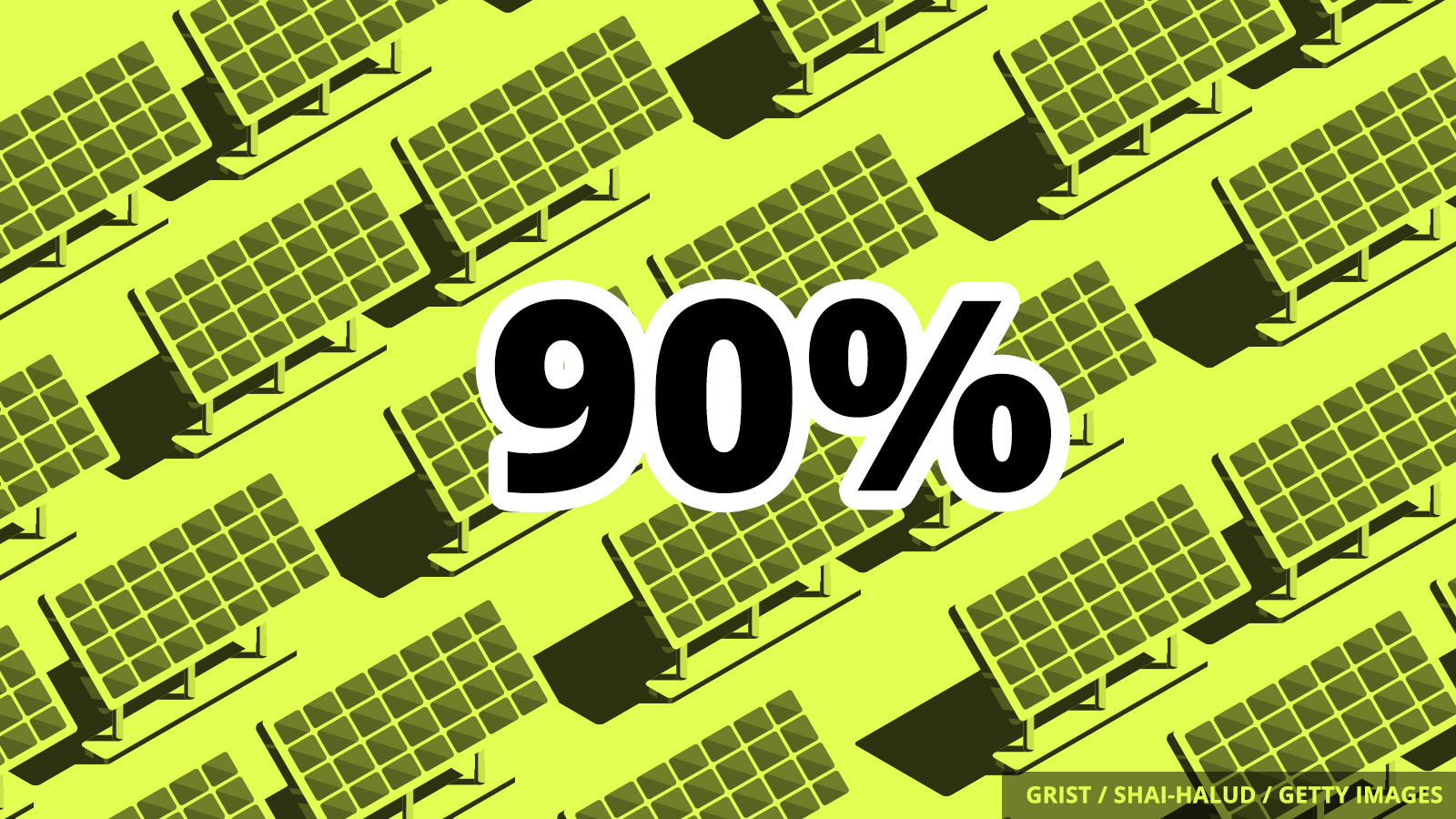 The electricity grid could soon get a green makeover. According to a new report, America’s electricity could be cheaper and 90 percent carbon-free by 2035 — if Congress adopts one simple policy.

Researchers at the University of California, Berkeley, and the San Francisco–based energy and climate policy firm Energy Innovation say that plummeting prices for wind and solar energy have opened the door for U.S. power to be derived almost entirely from zero-carbon sources in just 15 years. All Congress needs to do is set a universal clean electricity standard — a rule mandating that utilities generate some portion of their energy from carbon-free sources.

The report says that an ideal standard would start at 55 percent in 2025, increase to 75 percent in 2030, and reach 90 percent by 2035. And, according to the researchers’ modeling, slashing the grid’s carbon emissions would also lead to lower energy bills for most Americans.

All of this, of course, depends on a Congress willing to pass strong green legislation. But Mike O’Boyle, director of electricity policy at Energy Innovation, thinks that the analysis could give political efforts a boost. A 90-percent clean energy grid “is actually lower cost and just as dependable as today’s grid,” he said. “I think policymakers should feel empowered to increase their ambition.”

Politico reports that the Trump administration plans to open up Florida’s coast for oil and gas drilling but is waiting until after the general election to release its proposal in order to avoid jeopardizing Trump’s support in the swing state. In a tweet, the Department of the Interior’s Press Secretary denied the report and called it “#FakeNews.”

A new analysis from Columbia and Yale shows the U.S. ranks 24th in the world on environmental performance, further contradicting Trump’s numerous claims that he is an environmentalist who wants “the cleanest water, the cleanest air.” The U.S. scored especially poorly on water protections and waste management.

The world’s clean energy sector is not on track to reduce emissions enough to meet the targets laid out in the 2016 Paris Agreement. Only six of 46 clean energy categories identified by the International Energy Agency are “on track” to keep the planet from warming more than 2 degrees C (3.6 degrees F).

Betting the farm on climate solutions