It’s Tuesday, August 28, and Floridians have climate change on the brain this election year. 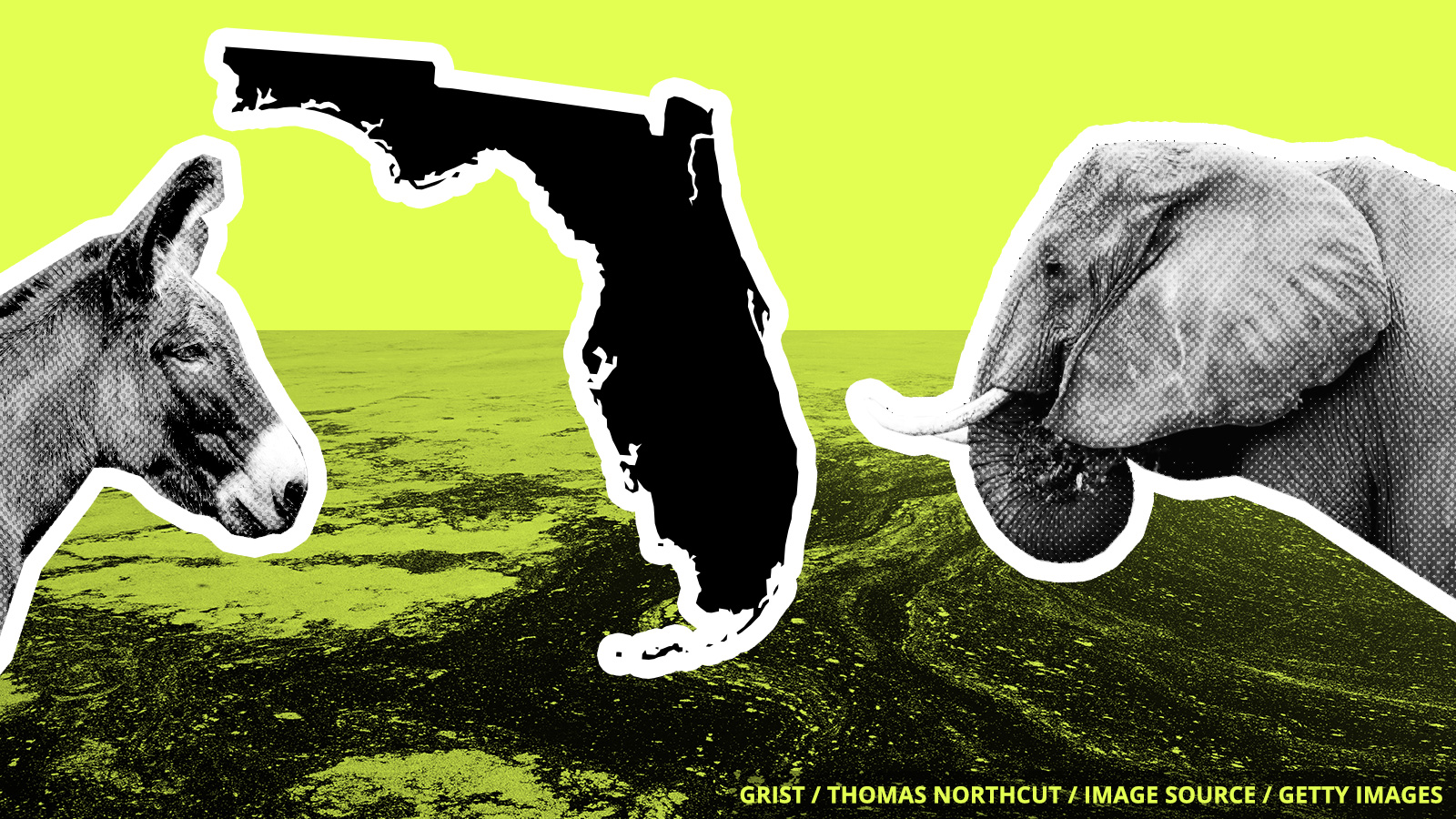 Offshore drilling, sea-level rise, and algae, oh my! Florida’s election season is kicking into high gear, and nature is front and center. The uproar over the environment may have something to do with how rising temperatures are affecting the coastal state.

The Sunshine State has had a rough summer. It’s got algae coming at it from all sides — a blue-green bloom has spread along its east coast and a red algae tide is choking dolphins, manatees, and other wildlife on the Gulf side. Both types of algae pose health risks, which is why Governor Rick Scott declared a state of emergency this month.

Algae has become such a hot-button issue in the Senate race between incumbent Democratic Senator Bill Nelson and his opponent, Governor Scott, that both are using the toxic goo in attack ads. (You know what they say: You ooze, you lose!) Seriously, though. It’s not a joke — the blooms are discouraging tourism in a state where tourism is the No. 1 industry.

That’s not the only planetary problem at hand in this year’s elections — among the lower 48, Florida is most at risk for chronic flooding over the course of the next three decades. The state’s EPA has allegedly been ordered by the governor’s administration to avoid the term “climate change” in official dealings. As more homes are impacted by rising seas, that policy — very much in line with Trump’s erasure of climate change from federal websites — could come back to haunt Scott.

Looks like Florida cares about the environment for shore.

Hurricane Maria and its aftermath killed 2,975 people, a new George Washington University report commissioned by the governor of Puerto Rico found. The government originally said the storm claimed 64 lives, but other analyses, like one from Harvard, set the toll much higher. Why was that initial estimate so low? One reason, the study explains, is that many doctors weren’t trained to properly certify deaths stemming from a disaster like Maria.

As the West continues to burn, a new report from California’s natural resources agency predicts a future with more climate change-related dangers. The state’s fourth climate change assessment had some grim predictions: more wildfires, thousands more deaths from heat-related causes, and, in the worst case scenario, over 9 feet of sea-level rise. That warming world is not going to be cheap. By 2050, rising seas could flood buildings worth $17.9 billion.

Today, French Environment Minister Nicolas Hulot quit on a live radio show, saying President Emmanuel Macron has failed to deliver on his “make this planet great again” mantra. Recently, the country expanded hunting laws and shot down a ban on glyphosate that Hulot pushed for, The Guardian reports. The environmentalist TV star explained his resignation on air: “I don’t want to lie to myself any more. I don’t want my presence in this government to be taken to mean that we are doing enough to tackle this challenge.”

Shell wants to slap a price on carbon. Wait, what?