It’s Thursday, May 16, and New York just took a major stand against a fracked gas pipeline. 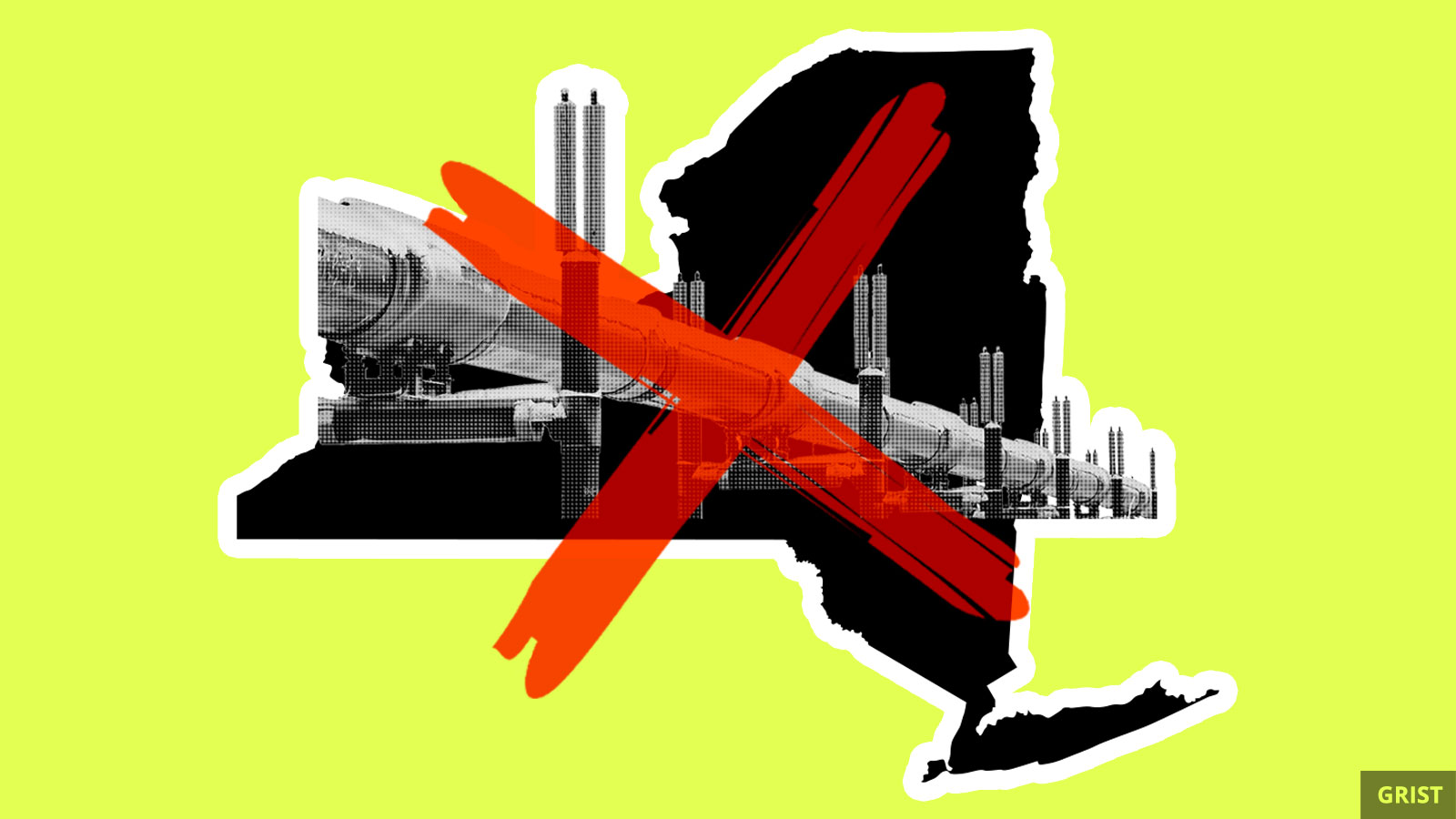 New York banned fracking back in 2014, but the state still brings in natural gas to power cities like NYC. Those opposed to the Williams Pipeline have long highlighted that hypocrisy, especially after Governor Andrew Cuomo included new green provisions as part of the state’s 2019 Executive Budget. Environmentalists and many members of the public argued that the pipeline would put the state’s renewable energy goals on ice. Cuomo’s silence on the issue left the pipeline’s immediate fate up to state regulators, who ruled that the project “fails to meet New York State’s rigorous water quality standards.”

The decision flies in the face of President Trump, who in April signed two executive orders aimed at fast-tracking pipelines. “New York is hurting the country because they’re not allowing us to get these pipelines through,” he said. The company behind the project said the 37-mile line would help keep New York City powered up as gas supplies continue to dwindle.

Environmentalists have won this round, but the victory may be temporary. State regulators nixed the pipeline “without prejudice,” which means the company could regroup and reapply.

Just how bad is our plastic pollution problem? Well, scientists went to one of the most remote places on earth, a tiny group of islands in the Indian Ocean, and counted 414 million pieces of plastic debris, according to a new study. The mess of plastic bottles, cutlery, and bags, among other items, weighed in at about 262 tons. That’s not local garbage, in case you were wondering — only about 600 people live on the Coco Islands, and researchers estimate that it would take them about 4,000 years to generate the mountain of waste they’re now stuck with.

U.S. Interior Secretary (and former energy lobbyist) David Bernhardt is unconcerned about the record level of CO2 in the atmosphere. “I haven’t lost any sleep over it,” he told the House Committee on Natural Resources when asked about it during a meeting on Wednesday.

California utility company PG&E is responsible for last year’s Camp Fire, the most destructive wildfire in the state’s history, investigators at the California Department of Forestry and Fire Protection (Cal Fire) announced yesterday. The fire, which destroyed the town of Paradise and killed more than 80 people, was sparked by two PG&E power lines, then spread with the help of high temperatures, dry vegetation, and strong winds. In the wake of the fire, PG&E had already filed for bankruptcy.