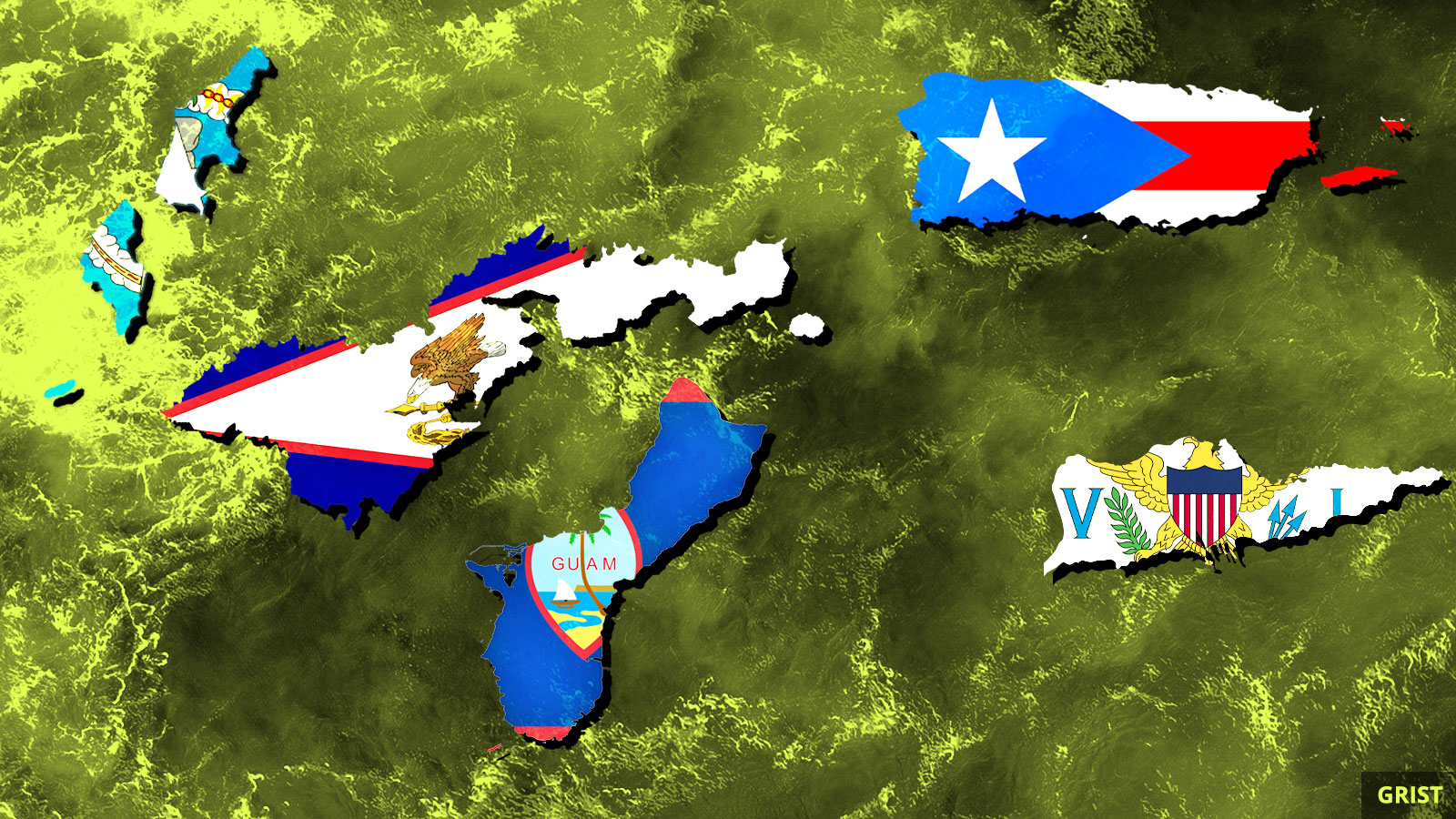 Again and again, U.S. island territories have been on the frontlines of the climate crisis, facing the wrath of rising seas and extreme weather. In 2017, Hurricane Maria battered Puerto Rico and the U.S. Virgin Islands. In 2018, Super Typhoon Yutu wreaked havoc on the islands of Saipan and Tinian. In 2019, Super Typhoon Wutip pummeled Guam.

But these island-dwelling Americans are determined to fight for their homes. On Wednesday, more than 60 U.S. island foundations, environmental organizations, companies, and universities signed the Climate Strong Islands Declaration, calling on federal and state agencies, corporations, academic institutions, and nonprofit organizations to help their communities respond effectively to climate change.

Some of their demands include a seat at the table when it comes to funding and policy decisions that impact their future. They’re also demanding a review of existing policies that marginalize island communities, as well as financial and technical assistance for efforts to make the islands more sustainable and resilient.

“Our people on the ground see firsthand how island residents bravely face down climate impacts, from hurricanes to sea-level rise, and the devastating flooding and storm surges that they can bring,” Wendy Wendlandt, acting president of Environment America and one of signatories, said in a statement. “To avoid the worst impacts of climate change, we need to act now.”

The head of a federal agency that makes rules about drilling safety that apply to the oil and gas industry directed a staff engineer to strip safety protocols from a major well-drilling rule. That’s based on memos from 2018 sent by the director of the Bureau of Safety and Environmental Enforcement. Environmental groups have sued over the rule, arguing that there was no “rational basis” for the revision.

A proposal from the Department of the Interior would require all the scientific studies the agency considers to make their underlying data publicly available. While that sounds like a win for transparency, the move has the potential to sideline key research, because it would lead to privacy violations. (Feeling déjà vu? The EPA introduced a similar proposal last fall.)

Major news networks devoted less than four hours to climate change in 2019 — total. That’s according to a just-released report from Media Matters for America, which found that reporting on global warming constituted a tiny sliver — well under 1 percent — of overall broadcast news coverage.