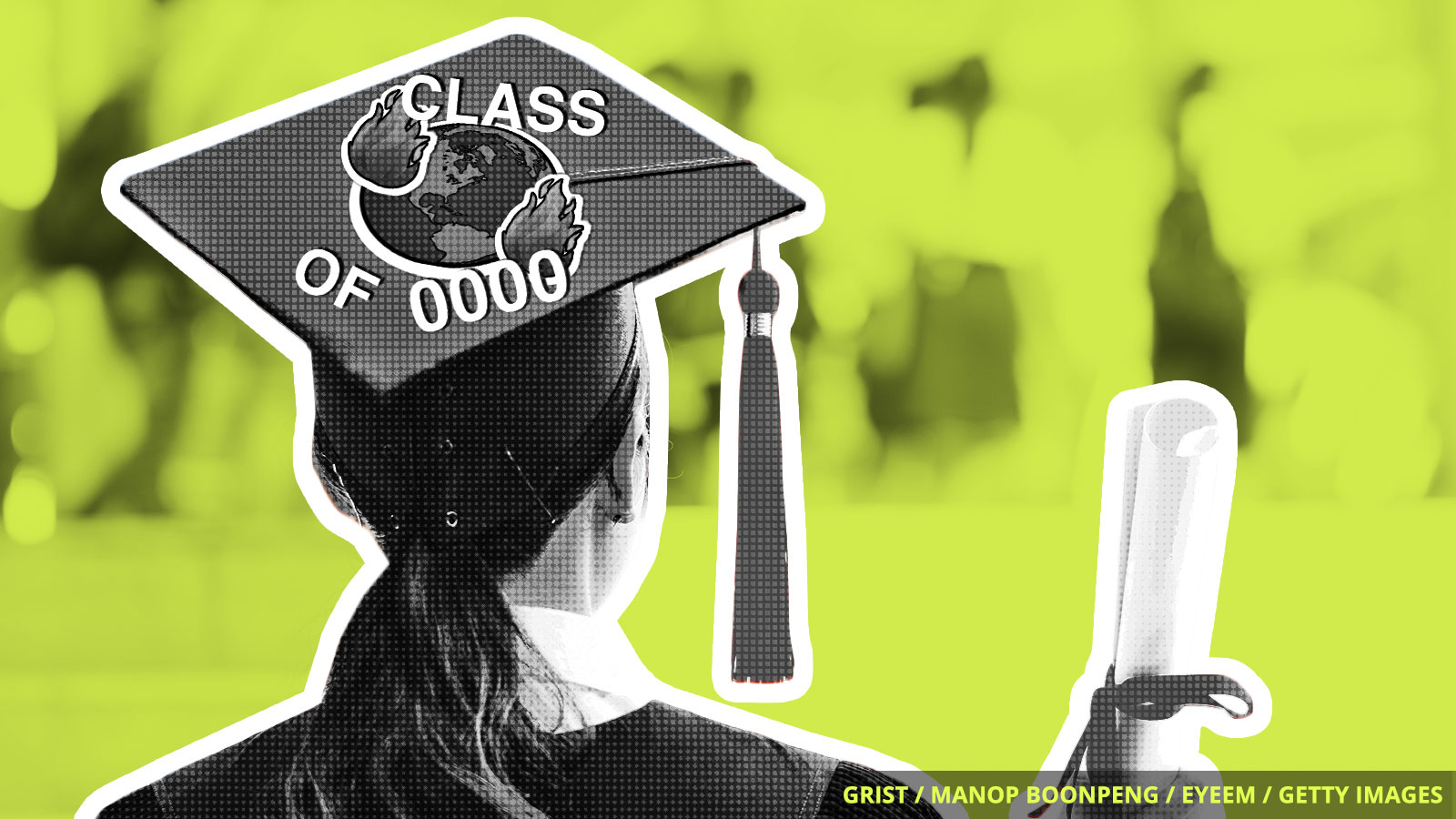 Over the last two months, more than 300 college and high school valedictorians have delivered graduation speeches urging their peers and teachers to pressure 2020 presidential candidates to address the climate crisis. It’s not a coincidence; these messages were part of a coordinated effort on behalf of the “Class of 0000” — a grassroots, youth-led movement whose mission is to use graduation speeches as a nationwide platform to highlight the looming threat of human-caused climate catastrophe.

Calling for politicians to commit to “zero emissions” with “zero excuses,” the Class of 0000 project provided valedictorians and student graduation speakers with a standard speech demanding immediate action to end the fossil fuel energy system.

“Our diplomas may say Class of 2019, but marked in history, we are the Class of Zero. Zero emissions. Zero excuses. Zero time to waste,” the template speech reads, in part. “And in unity, we’re giving 2020 political candidates a choice: Have a plan to get to zero emissions — or get zero of our votes.”

High school graduates may be young, but their vote matters: Many will be among the tens of millions of potential first-time voters in the 2020 presidential election. The “Class of 0000” website encourages students to engage in activism beyond speeches, including by registering to vote.

Rebecca Tone, the valedictorian of this year’s graduating class at Morristown-Beard School in New Jersey, said her speech received both positive and negative feedback. But those naysayers might’ve lit her fire even more, she tells the Associated Press. After all, “if you’re just talking to people that agree with you then that’s great, but how much is going to get done?”

It was a record-breaking 90 degrees F in Anchorage, Alaska, on Independence Day, and the scorching weather is expected to continue this week. Combined with a very dry June, the high temps have made the state particularly vulnerable to wildfire outbreaks. Firefighters have already been battling the Swan Lake Fire up in the Kenai National Wildlife Refuge for a month, and it’s still going strong.

After months of flooding and severe weather throughout the Midwest, experts are finally starting to tally up the cost of the associated damages. Accuweather’s initial estimate — $12.5 billion, though local officials say it could end up being much more.

It may already seem like climate disasters are all over the news, but they are happening much more frequently than reported — about once a week. According to Mami Mizutori, the U.N. secretary-general’s special representative on disaster risk reduction, people need to look beyond mitigating temperature rise and also focus on resiliency and adaptation. “If we cannot confront this [issue of adapting to the effects] we will not survive,” she told the Guardian.

Are you an early-career journalist who digs what we do? Then Grist wants you! We are now accepting applications for the fall 2019 cohort of the Grist Fellowship Program. The fellowship is a paid opportunity to hone your journalistic chops at a national news outlet, deepen your knowledge of environmental issues, and experiment with storytelling. This time around we’re looking for all-stars in two primary areas: 1) news and politics 2) environmental justice. Deadline to apply is July 22, 2019. You’ll find all the details here.