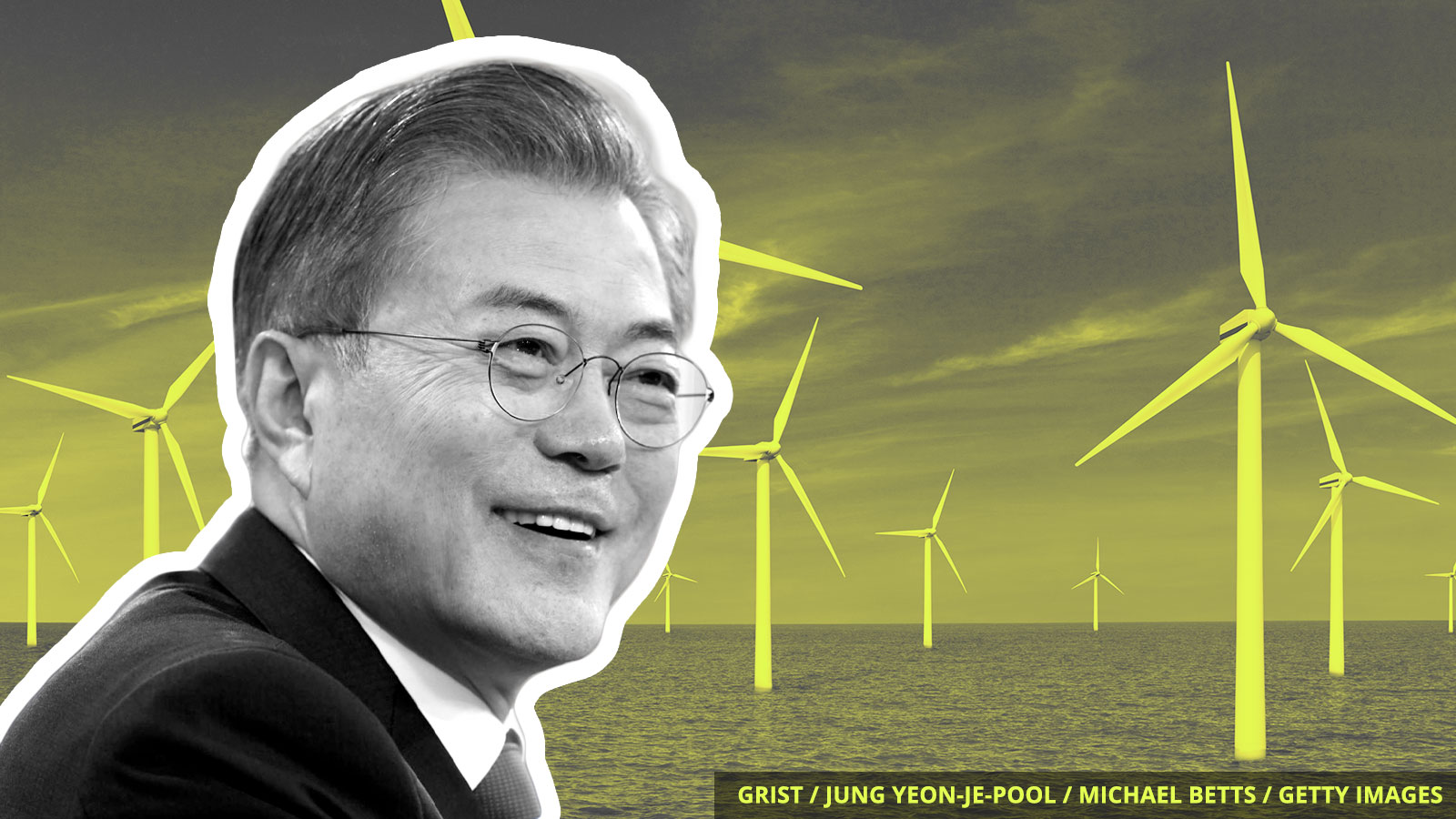 South Korea has announced plans to build the world’s largest wind farm in the world, providing 8.2 gigawatts of power and accelerating the country’s transition to a clean-energy economy.

The new wind farm will be located off the coast of the southwestern archipelago of Sinan, and will provide the same approximate power as six nuclear reactors, or enough to power 2.7 million American homes. South Korean President Moon Jae-in traveled to the region for a signing ceremony last week, saying that the plant would help move the country “more vigorously toward carbon neutrality.”

South Korea is one of several countries — including Japan and France — that have pledged to zero out their carbon emissions by 2050. The nation, which currently gets around 60 percent of its energy from fossil fuels, is aiming to rapidly develop renewables in keeping with President Moon’s promise of a Korean “Green New Deal.”

When completed, the $43.2 billion wind farm will almost quintuple the current wind capacity of South Korea. But more will be needed to meet Moon’s green goals — the country ultimately hopes to have 16.5 gigawatts of wind power available within the next 10 years.

Scientists using the latest research on the health impacts of airborne particle pollution, as well as NASA satellite observations of pollution, have found that pollution from the burning of fossil fuels was responsible for one in five deaths around the world in 2018. That mortality rate is much higher than past estimates.

Got allergies? Climate change is making them worse. A new study found that the combination of warmer temperatures and more carbon dioxide in the atmosphere is extending allergy season and increasing the amount of pollen produced by plants.

A hacker accessed the industrial control system for a water treatment facility in the city of Oldsmar, Florida, and tried to poison the community’s water. The hack momentarily increased the system’s acceptable levels of sodium hydroxide, a dangerous chemical, to a lethal level before an operator noticed the change.