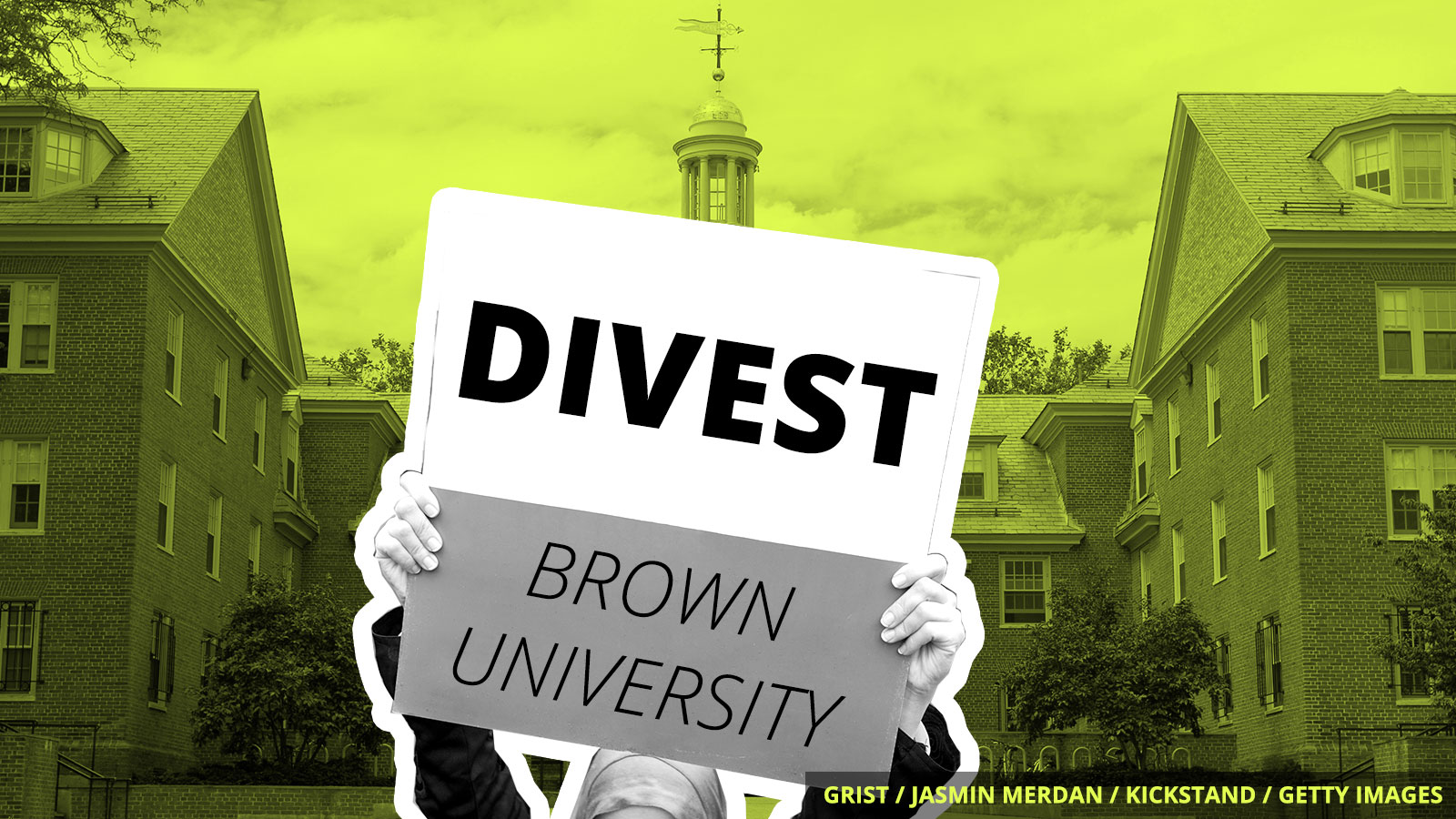 To divest or not to divest? That is the question many American universities are being forced to contend with, thanks to pressure from climate-conscious students. Those pupils say divestment — cutting financial ties with companies connected to the fossil fuel extraction industry — is the only answer for schools that care about the wellbeing of their students.

Earlier this week, Brown University President Christina Paxson announced that the university had sold off 90 percent of its investments in fossil fuels, a process that began nearly two years ago. Paxson said Brown plans to liquidate the remaining 10 percent. “We do not plan to make new investments in fossil fuel companies unless and until they make significant progress in converting themselves into providers of sustainable energy,” Paxson wrote in a letter to students.

Divestment is one part of Brown’s climate plan. It also aims to slash campus greenhouse gas emissions 75 percent by 2025 and go net-zero by 2040. To achieve those emissions reductions, Brown is buying renewable power from a wind turbine project in Texas and a solar farm in Rhode Island. New buildings on campus are being designed to be “net-zero ready,” Paxson said, and existing infrastructure is getting retrofitted to be energy-efficient.

Brown’s endowment was about $4.2 billion at the close of the last fiscal year, a drop in the oil barrel when it comes to U.S. investments.. But that’s not really the point. Brown is sending a signal to educational and financial institutions across the country. Already, schools like Middlebury and the entire University of California school system have announced plans to drop their fossil-fueled investments. Maybe Brown’s announcement will have a domino effect in the Ivy League.

The Trans Mountain pipeline expansion project, which would more than double the amount of oil flowing from Alberta to the coast of British Columbia, got a boost from the Supreme Court of Canada yesterday. The court rejected a second round of appeals from environmentalists and indigenous groups claiming that the project would harm marine animals and requires further consultation with indigenous peoples.

Despite Amazon’s plan to put 100,000 electric delivery vehicles on the road by 2030 — and Jeff Bezos’s $10 billion pledge for the climate — the retail behemoth doesn’t want its customers to know too much about its carbon footprint. Now it’s come out that Amazon once considered an idea to give customers a “green” shipping option with a slightly slower delivery speed, but nixed it for fear of making customers think twice about online shopping.