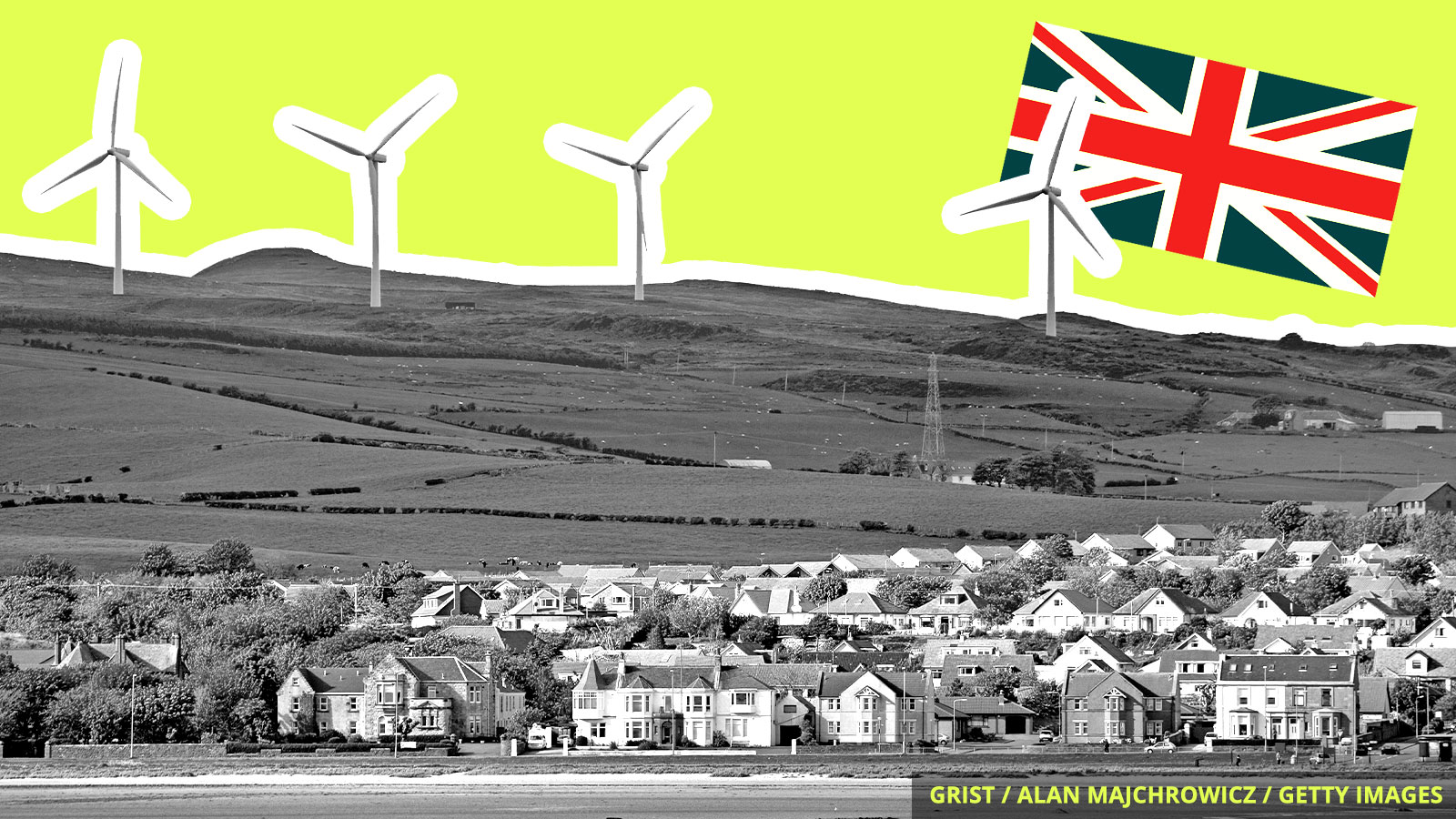 Speaking at the Conservative Party annual conference this week, U.K. Prime Minister Boris Johnson announced that his government is raising its target for offshore wind capacity from 30 gigawatts to 40 gigawatts by 2030 — enough to power every home in the U.K.

“You heard me right: your kettle, your washing machine, your cooker, your heating, your plug-in electric vehicle, the whole lot of them, will get their juice cleanly and without guilt from the breezes that blow around these islands,” Johnson said.

Johnson, a former wind power skeptic, plans to invest more than $200 million in ports and factories to manufacture and assemble the turbines with the aim of supporting about 60,000 jobs.

“As Saudi Arabia is to oil, the U.K. is to wind … in the case of wind, without the carbon emissions, without the damage to the environment,” he said.

Johnson’s plan was criticized by a former Green Party leader for “fall[ing] woefully short of a comprehensive green new deal.” But in boosting its offshore wind capacity, the U.K. will come closer to reaching its goal of net zero emissions by 2050. Cheers to that.

A new analysis from the nonprofit think tank InfluenceMap found that Facebook has allowed lobbying groups with opaque funding sources to use the platform’s marketing tools to spread climate misinformation. The report says that 51 climate disinformation ads posted this year cumulatively garnered 8 million views in the U.S.

Both Mike Pence and Kamala Harris rushed to paint themselves as pro-science at last night’s vice presidential debate. However, both candidates seemed more concerned with painting their ticket as sufficiently pro-fracking, bickering repeatedly over Joe Biden’s position on the practice. (Biden has repeatedly said he does not want to ban fracking.)

You might know nitrous oxide (N2O) as laughing gas, but it’s also a potent greenhouse gas used in nitrogen-based fertilizers — and that’s no laughing matter, according to a new study on the role that agricultural fertilizer plays in heating up the planet. Between 1980 and 2016, N2O emissions from agriculture rose 1.4 percent on average every year.