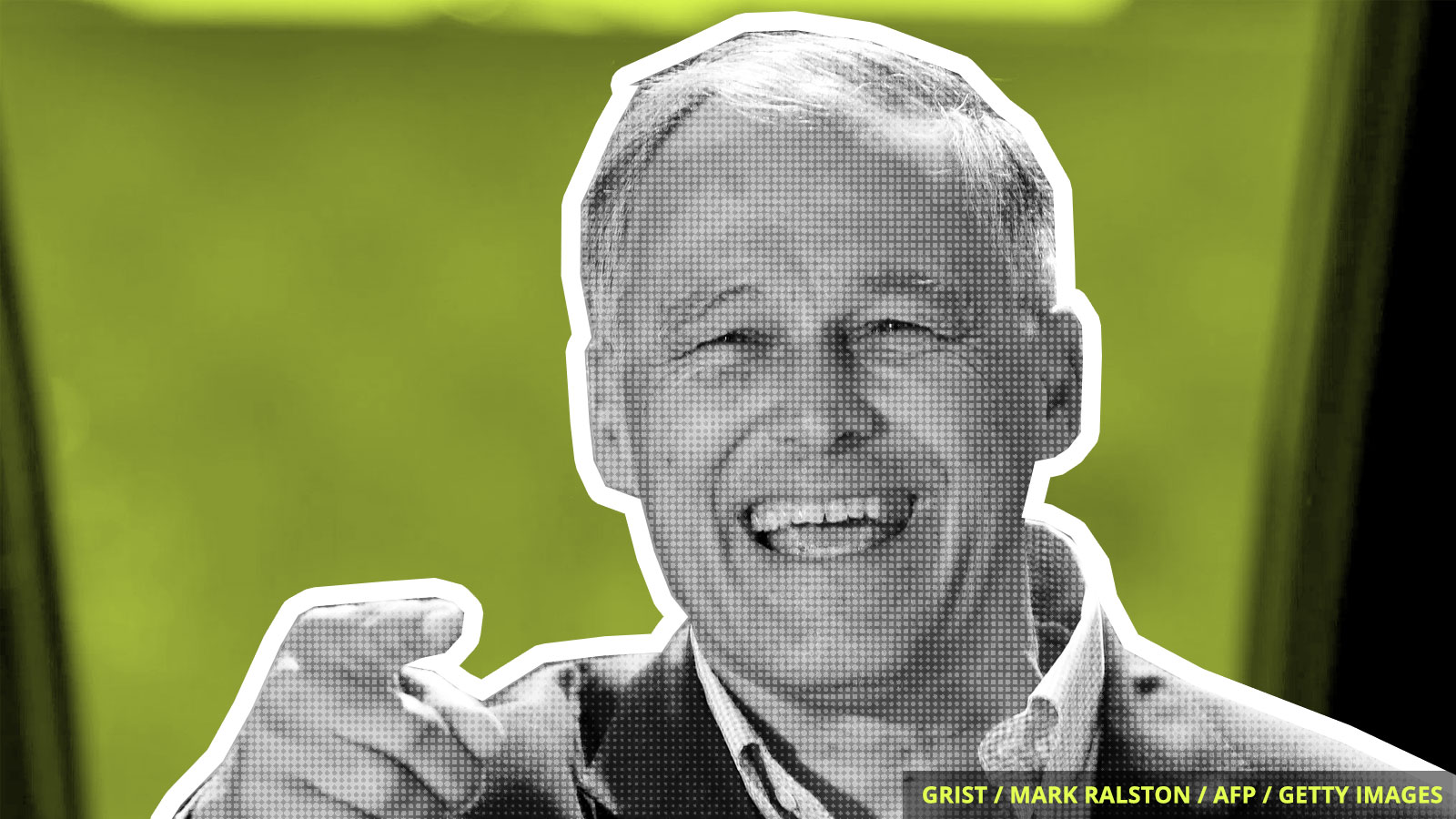 The little-known governor of Washington state just unveiled the ambitious second phase of his climate plan, and there are more pieces of the puzzle to come. That’s no surprise to those familiar with his platform: Jay Inslee is running as the climate candidate.

Some of Inslee’s fellow presidential candidates have embraced a progressive climate plan called the Green New Deal. A resolution outlining that plan, introduced by Representative Alexandria Ocasio-Cortez and Senator Ed Markey, points to some vague and rather massive policy ideas. But AOC’s policy plan isn’t expected to roll out until next year. Until then, Inslee’s plan might be the closest thing we have to a road map.

Much like the Green New Deal, Inslee’s plan offers a federal jobs guarantee, a 10-year mobilization on clean energy, and even healthcare benefits for impacted coal workers. And that’s just the parts of it we’ve seen so far. Inslee wants to spur a $9 trillion investment that will fight off the worst of climate change and enable workers to find gainful employment in the transition to renewable energies.

Inslee isn’t shy about drawing parallels between his plan and the history that inspired the Green New Deal. “Eighty-six years ago this month, President Franklin Delano Roosevelt laid out the details of the New Deal in a radio address,” the first line of Inslee’s plan reads. “Just as it did in the 20th century, America must rise to this 21st-century challenge with a bold plan.”

A recent analysis found that air pollution could harm virtually every organ and every cell in the human body. This interactive explainer from The Guardian details how toxic air takes a toll on the lungs, the heart, the brain, and the reproductive system. Air pollution now kills about 8.8 million people each year, outnumbering deaths from tobacco smoking.

Single-use plastics are piling up in landfills and suffocating our oceans, and states are finally looking to pass laws to address the crisis, such as banning plastic bags. The plastic industry sees that as a threat, and it’s fighting back by spending millions of dollars on marketing campaigns, lawsuits, and lobbyists, according to a new investigation from the Center for Public Integrity. If the industry continues to expand, emissions from plastic production could exceed the equivalent of 615 coal plants by 2050.

The Department of Energy has been tasked with cleaning up more than 2 million tons of low-level radioactive and hazardous waste from a nuclear facility it owns near the small town of Piketon, Ohio. It plans to dump it in a nearby landfill, which would become one of the biggest nuclear waste dumps east of the Mississippi, according to an Earther investigation. Piketon residents are concerned about nuclear waste in their backyards.