It’s Tuesday, June 12, and the Trump admin might get “bullish” on offshore wind. 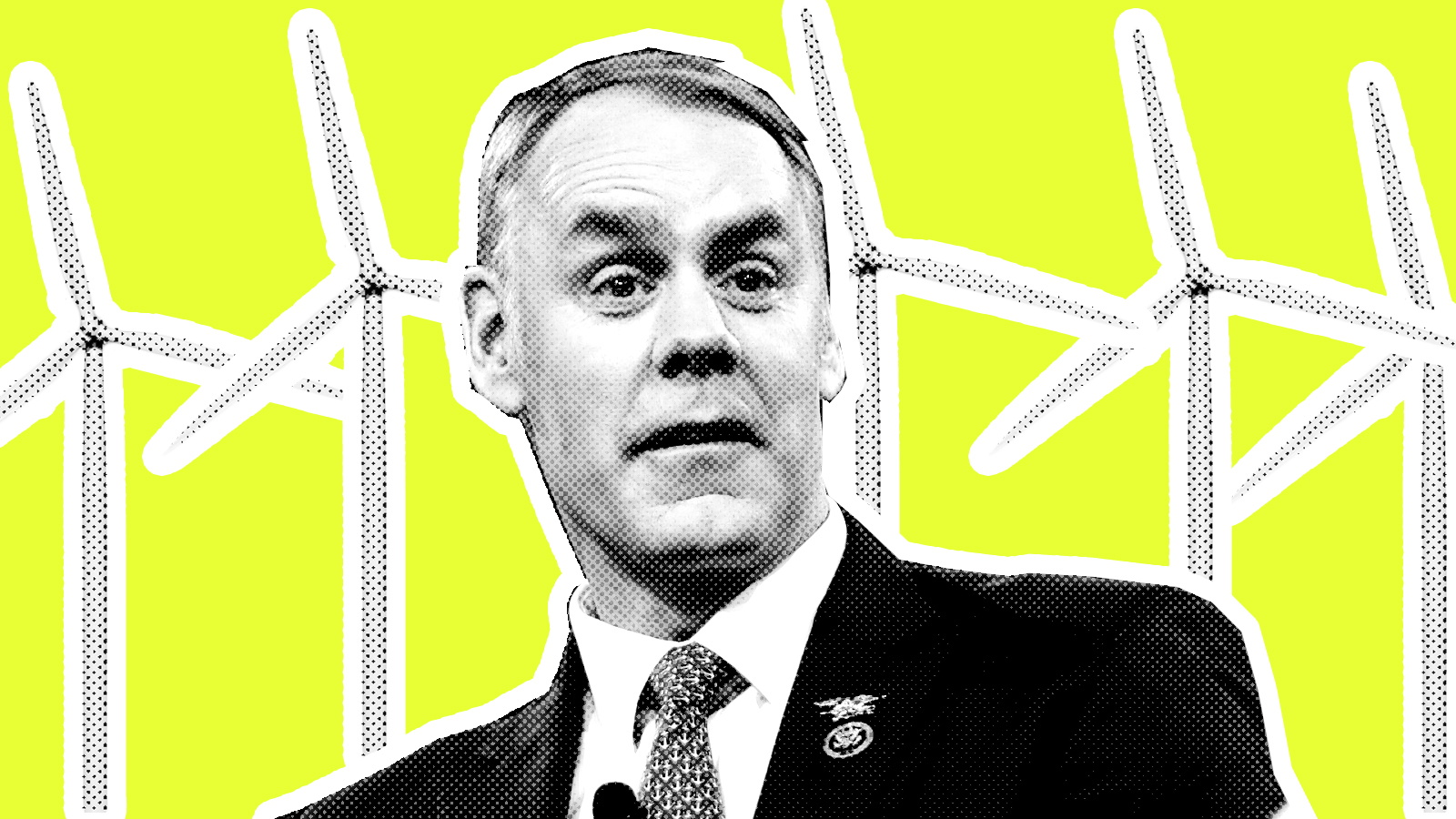 Just a few months ago, Secretary of the Interior Ryan Zinke unveiled an, umm, ambitious offshore drilling plan: open up pretty much all U.S. coasts for oil development. Ocean-adjacent states from New Jersey to California responded with a definitive “hell no ” — particularly after Zinke got all buddy-buddy with Florida Governor Rick Scott and indicated he was going to let the state opt out of the drilling.

Well oil and water don’t mix, but wind and water might — cause Zinke says he’s now “bullish” about offshore wind. And he made some comments that hint his newfound bullishness isn’t total bullshit!

The secretary came back from a tour of coastal states with a new interpretation of President Trump’s signature “energy dominance” policy. “When the president said ‘energy dominance,’ it was made without reference to a type of energy,” Zinke told the Washington Examiner. “It was making sure as a country we are American energy first and that includes offshore wind.”

Doubling down on wind is a pretty good bet. A recent Environment America report says there’s a huge amount of wind blowing out over the Atlantic coast — “enough to power the Atlantic coastal states.” And just last month, Massachusetts and Rhode Island launched the country’s first commercial offshore wind projects, which will provide them with 1,200 megawatts of power.

Zinke must be sensing a wind of change. “I haven’t seen this kind of enthusiasm from industry since the Bakken shale boom,” he said. His new outlook is sure to garner support from coastal governors like New York’s Andrew Cuomo and Maryland’s Larry Hogan, who have already endorsed offshore wind proposals in their states.

Now if we could just get the rest of the Trump administration on the renewables train, we’d really be getting somewhere.

Permafrost is thawing, making it harder for Alaskan oil drillers to get their subterranean liquid gold. They’re not giving up yet though: Companies are refrigerating the ground so their infrastructure — built for the good old days of frozen tundra — still works. As Naomi Klein put it: “Maybe the most deranged [story] of all time: oil companies are figuring out how to temporarily re-freeze the melting permafrost so they can drill for more oil, which is melting the permafrost.”

In more warm weather news: A study published Monday found that the oldest and largest African baobab trees — most of which have been alive for over a millennium — have been dying off in large numbers. Why? The study’s lead author offers a familiar explanation: warmer temperatures and more droughts are at fault.

And what’s a day without Scott Pruitt stirring up trouble? This time, the EPA is slowing down access to public information by taking care of old Freedom of Information Act requests made before the Trump administration took over the government, as opposed to tackling more recent ones. Multiple former aides have confirmed the strategy to investigators. Given all the embarrassing Pruitt scandals that have come to light without FOIA, one can only wonder what’s waiting in the queue.

Tanya Kalmanovitch, a member of the 2018 Grist 50 — our annual list of people who are cooking up the boldest, most ambitious solutions to humanity’s problems — became a professional musician to escape oil. She grew up in Alberta, Canada, right near the world’s third-largest oil reserve. But her quest to get away from oil led her right back to it.

Kalmanovitch recently penned a piece in Massachusetts’ CommonWealth Magazine in which she talks about her relationship with oil. “What can any of us, musicians or otherwise, do about oil and climate change?” she writes. “If you want to change the world, you might as well start with yourself.”

Read the piece to find out more about how Kalmanovitch’s oil-soaked upbringing inspires her music.