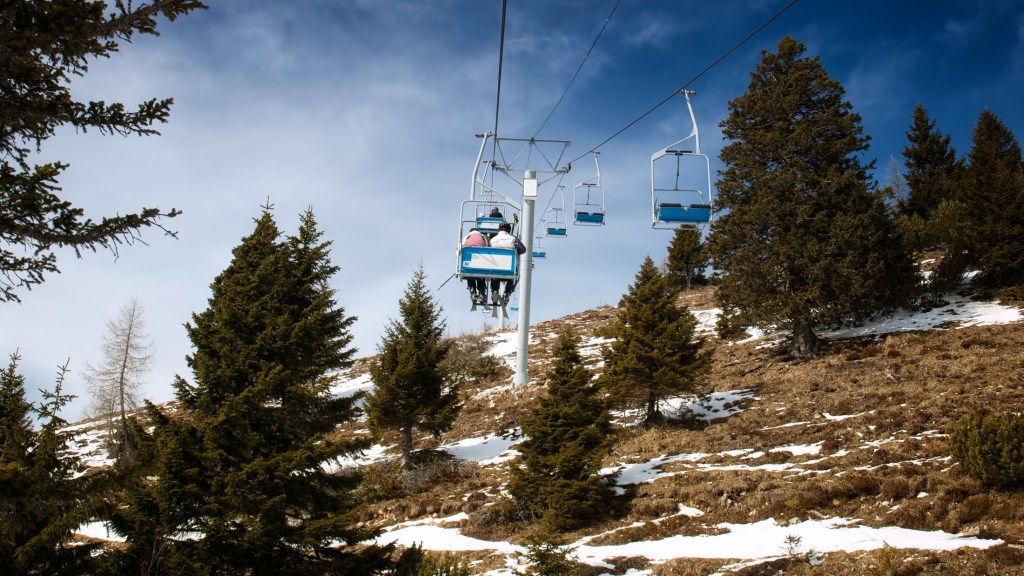 Good news for you snow lovers out there: The ski industry finally seems to be serious about fighting climate change. In the past, I’ve written that the biz has been slow to respond to the threat, which could decimate U.S. ski resorts by the end of the century. Industry leaders have been busy dealing with more immediate threats, like the decline in ticket sales that are so important for covering the ever-rising costs of snowmaking, grooming, and high-speed lifts. And besides, ski resorts haven’t traditionally been pumped to stump for global warming — the more warm weather makes headlines, the less inclined people are to visit increasingly slushy slopes.

But when I referred to the industry as global warming’s “reluctant poster child” in a recent phone conversation with Geraldine Link, public policy director for the National Ski Areas Association, she replied, “I strenuously disagree.”

Link pointed out that her group, which represents 325 ski resorts and almost 500 ski equipment suppliers, adopted an official climate change policy in 2002. The policy called on resorts to reduce their own greenhouse gas emissions, educate skiers and boarders about the issue, and advocate for climate action. “It was cutting edge for the time,” Link said. The policy, plus the association’s Sustainable Slopes program and recently launched Climate Challenge, have led many resorts to reduce their energy use, buy renewable energy “offsets,” and install a handful of flashy slopeside wind turbines and solar panels.

In the context of global climate change, these local efforts are a bit like throwing snowballs at an oncoming train. (“That doesn’t stop climate change — it just stops environmentalists from criticizing you,” says longtime industry critic Auden Schendler, Aspen Ski Co.’s sustainability chief.) To have a real impact, the biz will need to throw its full financial weight around in Washington, D.C., where more substantive change can be had. (According to the NSAA, U.S. resorts saw $5.8 billion in direct spending in the winter of 2011-’12, and their overall economic footprint is even larger.)

But there, too, Link says the industry is already making tracks. She sent me copies of letters dating back to 2003, imploring lawmakers to vote for bills that would slow climate change. (Almost none of those bills passed, but you could have guessed that.) And she said that the group is now putting a growing emphasis on advocacy. As evidence, she pointed to the recent revival of the Congressional Ski and Snowboard Caucus, a coalition of lawmakers who have pledged to go big for resorts and gear manufacturers. The caucus got started back in 2003, but it lost steam. At the urging of industry leaders, however, representatives dusted it off and got it sliding again this month, as U.S. athletes headed for the Winter Olympics in Sochi, Russia.

Schendler says he sees signs of growing concern from his colleagues. At the Snowsports Industries America’s January trade show in Denver, Jeff Goodell, who writes about climate change for Rolling Stone, spoke over breakfast one morning. “The room was packed,” Schendler said. “I gave a similar talk three years ago. We had like 12 people show up.” The keynote speaker at the NSAA’s spring meeting in Savannah, Ga., will be former Republican congressmember and climate hawk Bob Inglis. (For perspective, consider that past speakers have included climate flip-flopper Mitt Romney and Frank Luntz, the GOP strategist who famously tried to spin climate change away.)

But paying attention to the problem is only a start, and a slow one at that — which brings us to the bad news portion of this story. (You knew it was coming.) That mighty Ski and Snowboard Caucus? At last count (yesterday, to be specific), it had only 22 members. Granted, it’s just getting back on its feet, but there’s a deeper problem here: At least four of the six Republicans on the caucus have stated that they don’t believe in human-caused climate change at all. The other two have such abysmal environmental records that their opinion one way or another is irrelevant.

Rep. Cynthia Lummis (R-Wyo.), who co-chairs the group, said in 2012 that she believed the jury was still out on climate change, commenting, “In recent years we have seen a proliferation of opinions and Hollywood fiction masquerading as science.” Lummis, who co-founded the Tea Party Caucus with Rep. Michele Bachmann, fought a proposal to create a cap-and-trade pollution control program, and has been a bigtime booster of drilling in the Arctic and oil shale development in the West. Ouch.

Another caucus member, Rep. Steve Daines (R-Mont.), called President Obama’s proposal to combat climate change “a war on American energy.” He has stated that solar cycles may be to blame for global warming, not greenhouse gases. Caucus member Dan Benishek (R-Mich.) once said of climate change, “It’s all baloney. I think it’s just some scheme.”

So much for the-little-caucus-that-could swaying Congress to act against climate change on behalf of ski resorts.

In fact, only three members of the Ski and Snowboard Caucus have had the cojones to join the Congressional Safe Climate Caucus, the most outspoken group of climate hawks. It was a member of that caucus, Rep. Jared Huffman (D-Calif.), who told the House recently that it was time to take action on the climate in order to save the ski industry.

So what, you might ask, does the ski industry lobby for in Washington, if not for climate action? In the past, it has pushed for looser immigration rules (who’ll wash all those restaurant dishes and change the hotel sheets?) and to make sure that we can continue to import cheap shred threads from China (because, you know, we’ve gotta look good out there).

Link insists that fighting climate change is now front and center. But the fact that there are politicians who think they can look out for skiers and snowboarders while pushing policies that make global warming worse suggests that the message still isn’t getting through.

So it’s back to you, fellow powder hounds. It’s going to take more than a tip-crossed industry and a handful of Olympians to coax Congress into action. Unless the good people in Washington start to hear more from all of us, they’re likely to continue to lean back in their boots like a beginner schüsser and fall flat in the effort.

Every time you shred pow or hit a blower day this spring, think back to November and December, and how we’ll all have more bone-dry months like that as the years progress. If that doesn’t inspire us to write and call and push our leaders — and the folks hawking $100+ lift tickets, too — then maybe we haven’t really earned our turns.

Correction: A previous version of this article said Steve Daines represented Alabama, not Montana. The writer has been sentenced to teaching skiing lessons to 13-year-olds.