Toyota is giving away its tech secrets for hydrogen-powered cars 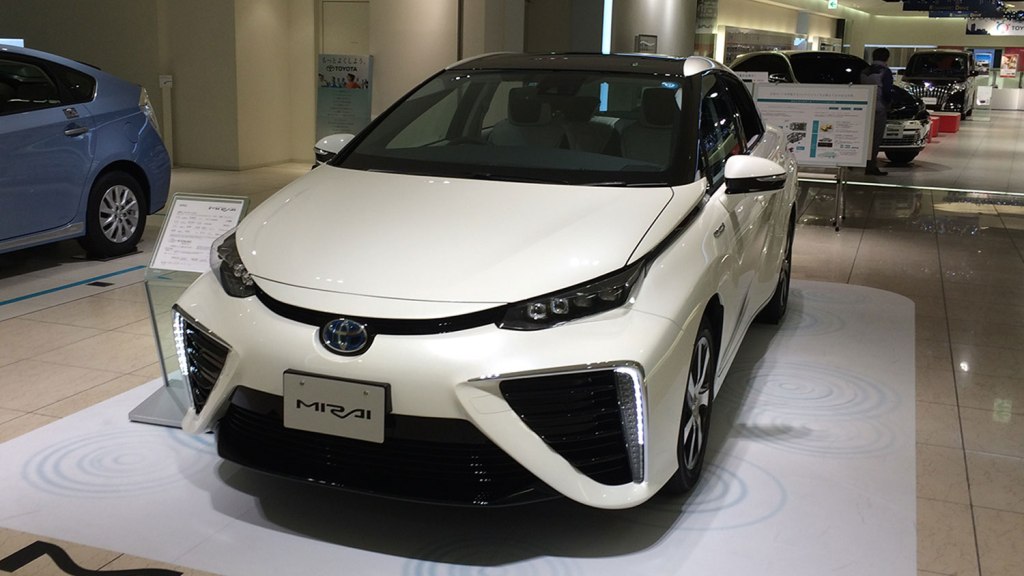 Toyota is giving away its tech secrets for hydrogen-powered cars

Remember when Tesla released all its intellectual property to the world, for free? As a refresher, Elon Musk decided last June that his company’s patents, having already made Tesla (and him) extravagantly wealthy, could more speedily electrify the global automobile fleet if all car manufacturers and smart people had access to them. Sharing information, like it’s some sort of public good? Hell yeah!

Now Toyota is following in Tesla’s tire treads, breathing in the exhaust-free air. In a press event at the Consumer Electronics Show in Las Vegas this week, the company announced that it’s releasing 5,680 patents from two decades of developing hydrogen fuel cell technology.

Wait, pull over for a minute. I know George Dubyuh once used his State of the Confederacy, err Union, speech to get a bunch of starry-eyed techno-optimists psyched on the hydrogen-powered transportation economy.  But didn’t fuel cells officially lose the vehicle-of-the-future competition to electric motors around 2009? Wasn’t hydrogen declared dead?

Grist’s own Umbra Fisk revisited the question last month. In a nutshell: Fuel cell vehicles remain promising in theory, but producing hydrogen emits carbon — you know, that climate changing stuff we’re trying to get away from with this newfangled technology. Also, fuel cells don’t provide much range or durability yet, refueling infrastructure doesn’t exist, and everything about scaling up these technologies is way expensive.

No wonder Toyota doesn’t want to go it alone.

You see, these moves to make knowledge publicly available (or with a royalty-free license good through 2020, in Toyota’s case) are not exclusively altruistic, despite the “We think it’s the right thing to do” rhetoric, courtesy of Bob Carter, Toyota’s senior veep of automotive operations.

There’s some self-interest in there, too: The Toyota Mirai FCV is set to go on sale to Californians this fall, yet the company expects to move only about 700 worldwide this year. People won’t buy hydrogen fuel cell cars until infrastructure is in place to refuel the cells, just as people aren’t buying electric vehicles where there aren’t any charging stations.

Thus Toyota would love for other car makers to start producing FCVs, and then pitch in to help build the necessary hydrogen-delivery pipes and stations to fill ‘er up — or even better, team up to lobby the government to foot the bill. So that’s why the company is making its fuel cell patents available, but not the blueprints for building a Prius, for example.

Knowledge as a commons — as a shared resource rather than private property — is super cool, even when the goal remains profit for corporations via vehicle sales. My favorite twitter feed makes the case for such a collaborative approach, by way of satire:

Judging by the look of the Mirai (see image above), Toyota will have no trouble finding customers. Likely early adopters: storm troopers looking for their next vehicle.