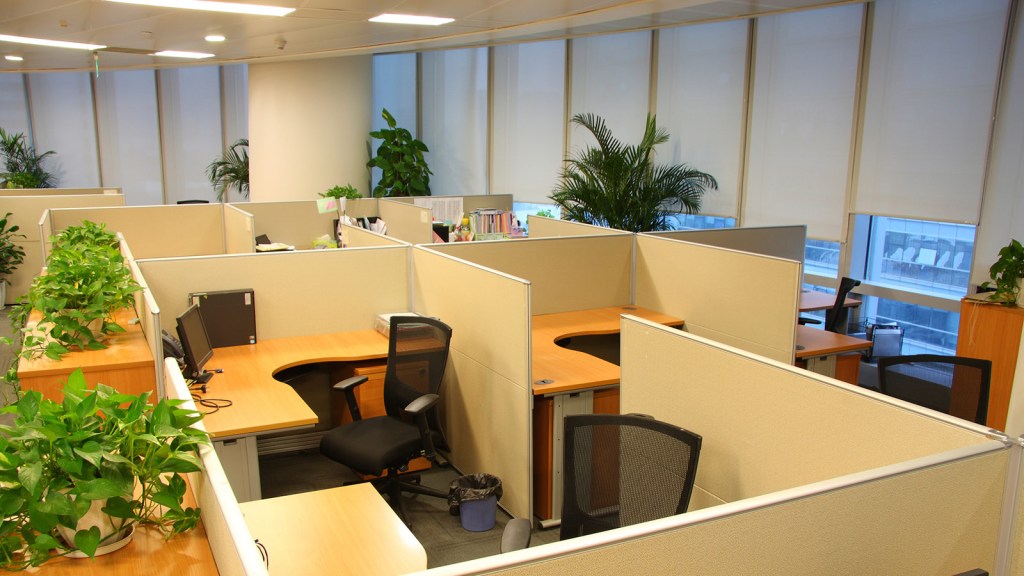 Since we’ve just closed out the jolliest year in recent memory, here’s a pick-me-up fact to kick off the new one: In India, toxic indoor air kills 1.3 million people per year and is the country’s second major cause of death behind high blood pressure. Typically, cleaning the air inside buildings means more ventilation. But in New Delhi, home to the world’s most polluted outdoor air (it’s nearly three times as dirty as Beijing’s infamous haze), ushering the outside smog indoors only makes things worse.

Kamal Meattle, CEO of Paharpur Business Center, came up with a green scheme to detoxify the noxious air before bringing it into his company’s office building: a rooftop greenhouse filled with 400 garden-variety plants. Additionally, the building houses 800 more plants spread throughout its bottom six floors, greening the interior and improving breathability. Meattle also retrofitted the building — the country’s first to earn the U.S. Green Building Council’s LEED Platinum certification for existing buildings — to use just one-fifth as much energy per square foot as India’s average office building, reducing its contribution to the city’s pollution problem.

For a hub of high-tech enterprise, plant-based air purification seems decidedly low-tech. Yet National Geographic explains how human-made tools team up with live herbage to decontaminate the dirty ambient air before it enters PBC:

Before outside air is allowed indoors, his 50,000-square-foot facility uses a scrubber to wash it with water to reduce the levels of chemical compounds such as nitrogen oxide and sulfur dioxide. The air then passes through his greenhouse to remove formaldehyde, benzene, and carbon monoxide and through a filter to remove bacteria.

PBC’s CleanAir™ division has now replicated this patented plant system in more than 700 New Delhi homes, and plans to clean the air in the city’s German and American embassy schools.

Although some scientists are skeptical about whether the vegetation deserves credit, the greenery system’s air quality benefits aren’t just hype from an office space eager to attract big-name tenants. See for yourself: Data on particulates and CO2, inside PBC and outdoors, are posted every day here. And a 2008 report from two Indian government agencies found that non-smoking employees, compared with New Delhi nonsmokers in general, are less than half as likely to experience eye irritation, 34 percent less likely to have lung function deficits, and 24 percent less likely to suffer from headaches.

So more green things can lead to cleaner air? Maybe the hyper-polluted city should try putting some more plants outdoors or something.