Why the Koch brothers hate Detroit 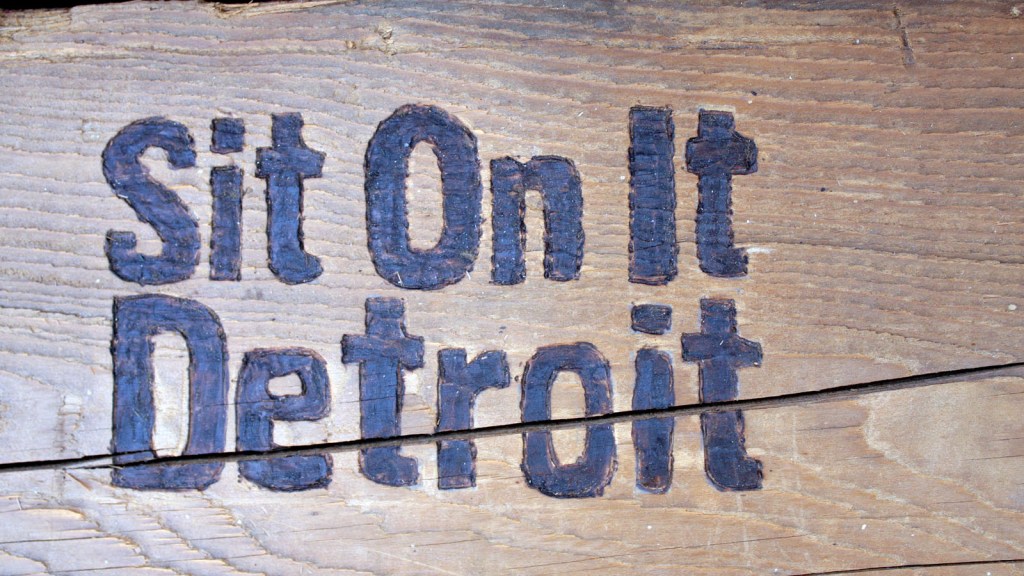 Hiii Fiii
Have a Koch and a frown

Why the Koch brothers hate Detroit

Americans for Prosperity, the conservative advocacy organization founded and funded by the Koch brothers, has it in for Detroit. One of the leading groups affiliated with the Tea Party movement, AFP is trying to put the kibosh on a deal that would rescue Detroit from financial ruin. The New York Times reports:

Over the last five months, a deal has come together that would solve some of the most contentious issues in Detroit’s bankruptcy. It would minimize the pension cuts for 30,000 retirees and city workers, save the city’s art collection and give a reasonable amount of money to the city’s bondholders.

As expected, there were some objections from a few big insurance companies that stood to lose heavily. But with the support of Michigan’s Republican governor, Rick Snyder, the deal seemed to have a shot in the state legislature, which would be required to spend about $195 million of tobacco-settlement money on behalf of Detroit’s pensioners.

And then, a few days ago, a loud and depressingly familiar voice rose in protest. The Koch brothers, through the screeching megaphone they built known as Americans for Prosperity, condemned the deal and announced plans to contact 90,000 conservatives around the state to build up pressure against it. The Associated Press reported that the group threatened to run ads against any Republicans in the legislature who voted for the deal in the coming days.

AFP has already set up a website — “No more bailouts for Detroit!” — that plays on the long-running, sometimes racially inflected resentment of Detroit around Michigan.

Gov. Snyder is undoubtedly a conservative. He opposes abortion rights, taxes, government spending, and tighter regulation of coal-burning power plants. But he has shown a pragmatic streak before. As I noted in January, Snyder favors a renewable energy portfolio standard because it would be good for the state’s manufacturing economy.

Saving Detroit would likewise be a sensible move for the state. But the Kochs despise such pragmatism. This is not the first time AFP has played on rural and suburban white voters’ antipathy for Detroit. In another anti-urban effort, AFP opposed the debt-financed redevelopment of the waterfront in Coralville, Iowa, claiming the city “is fast becoming Iowa’s version of Detroit.”

You might wonder why AFP and the Kochs would even care about these issues, seemingly distant from their core mission of disassembling the federal government. But it actually makes perfect sense that they would hate cities, and downtown revitalization, and want to see cities die. Functioning cities — like everything else the Kochs oppose, such as environmental protection and social justice — require functioning governments. If your goal is to undermine government and collective action for the public good, then naturally you’d oppose saving Detroit.

Cities are more energy-efficient than suburbs. If, like Koch industries, you make much of your money refining oil and investing in the Canadian tar sands, then it makes sense that you would favor suburban sprawl. The more people have to drive long distances to get anywhere, the more money the Kochs make.

The right-wing hatred of cities — whether it’s for their racial and ethnic diversity, their culture of tolerance, or the way that density inspires liberal attitudes toward the common good — is long established. National Review’s Stanley Kurtz wrote a whole paranoid book about how President Obama secretly plans to urbanize America. Newt Gingrich regularly inveighs against “elites” who live in Manhattan and “ride the subway.”

David Koch, ironically, lives in Manhattan. And being worth $40 billion he is nothing if not elite. If it were up to him, the city would have gone bankrupt in 1975.

But hypocrisy doesn’t much concern Koch. As The New York Times recently reported, when Koch ran for vice president as a Libertarian in 1980, he was living in a rent-stabilized apartment.