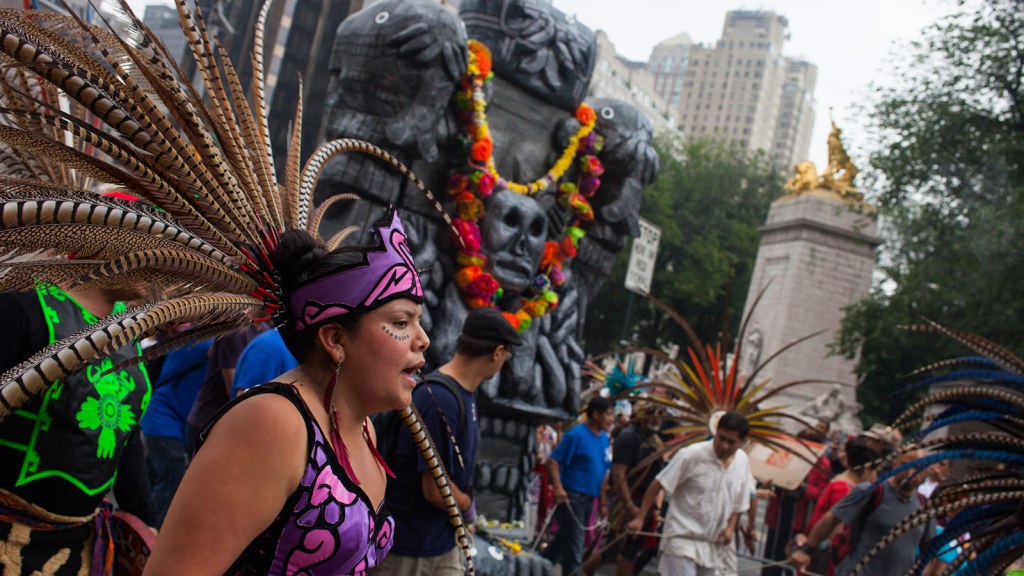 Last month’s big People’s Climate March could have shut down New York if it wanted to — or so I heard the next day from a New York police officer, regaling a group of tourists with the story. But then, the march wasn’t about shutting down New York. It was about making the number of people concerned about climate change into a visible thing — even if some of those people, like the International Brotherhood of Electrical Workers, were also lobbying against the regulation of power plant emissions and otherwise doing things that would actually make climate change worse, not better.

Unfortunately, a lot of us are also at a similar spot on that spectrum of making climate change worse, not better. The question now is: Where is this very, very large grassroots fight to mitigate climate change going now that the march is over? Here are a few things that I’ve noticed.

Realistically, it’s more along the lines of good old classic civil disobedience — specifically, training in civil disobedience tactics, followed by a morning of blocking the doors to the Federal Energy Regulatory Commission (FERC). FERC does many things, some of which are quite environmentally sensible, but it’s an agency whose extraordinarily broad pipeline-approval powers have resulted in oil and gas pipelines being approved quickly and often without much environmental review, while infrastructure to deliver more renewable energy has had to take the long road.

The People’s Climate March was built out of small organizations, and it has maintained a list of affiliated groups that were involved in the march as a way of trying to help those groups — from bees to bikes to Delaware to techies — find more like-minded members. The Climate March organizers announced their support for Ferguson October, which is protesting the militarization of police departments. Meanwhile, groups like the League of Conservation Voters and MoveOn are focused on the November elections, particularly the Senate races in Michigan, South Dakota, Colorado, North Carolina, Iowa, and Kentucky.

Get involved in your local utility law

Solar City, the solar panel behemoth that is the Captain to the Tenille that is Tesla Motors, just announced that it is now financing loans to buy solar panels, as well as just leasing them. This is not a huge surprise — Solar City is trying to get as big as possible to achieve economies of scale, and this is a way for it to head off the threat that the very similar Purchase Power Agreements (PPAs) offered by other companies could pose to that expansion.

What is more noteworthy is that Solar City is only offering loans in a few states: Arizona, California, Colorado, Connecticut, Hawaii, Massachusetts, New York, and New Jersey. Why? One of the reasons is that installing solar panels right now is a mess. There’s neighborhood zoning to deal with, for one, but there’s also the bigger issue of utilities mobilizing against anything that they see as a threat to their market, even though solar doesn’t necessarily have to be. This is the story of how a perfectly sunny state, like Florida, is a place where Solar City fears to tread.

As these regulatory roadblocks continue, there’s a big opportunity for climate protesters and groups to get involved at the local level in pushing changes to the utility rules to make them friendlier to renewable energy. This is only beginning to happen, but I think it’s potentially a big deal.

The whole situation is poised for the kind of organization that would coordinate people for local lobbying efforts, sort of the way that Peers.org — which is basically an astroturf group for tech companies like Uber, Taskrabbit, and Airbnb — has managed to do with local legislation around the “sharing economy”.

Is there anything I’m missing? If you’ve seen signs of other post-march organizing, please post them in the comments.