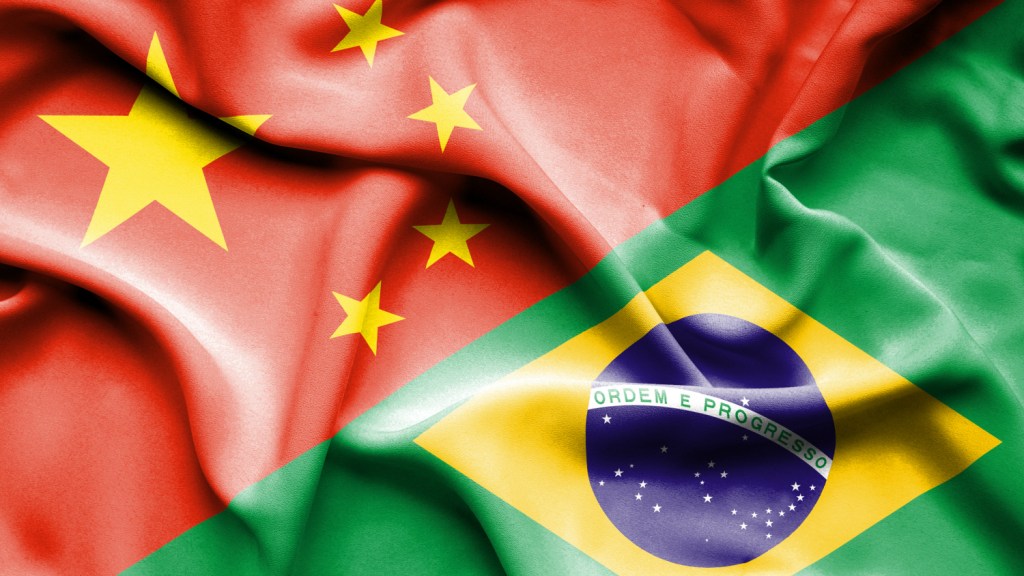 On Monday, Brazil became the first major developing country to commit to absolute reductions in its greenhouse gas emissions — and for that, you can thank China and the U.S.

China has not itself committed to cutting its emissions; rather, it has pledged to have its emissions stop growing by at least 2030, and to ramp up its use of renewables and take other steps to shift to a clean energy economy. But for a fast-growing country that still has 200 million people living in extreme poverty, those are landmark steps.

And China’s commitment to take serious climate action is encouraging other big developing countries to do the same. The Obama administration credits China with paving the way for Brazil to make its own notable climate pledges. Previously, the large developing nations had argued as a bloc, with China as their de facto leader, that they should not be required to curb emissions to clean up a problem created by rich countries.

China first unveiled its climate-fighting ambitions in a joint agreement with the U.S. in November. Then last week it provided further details in a second joint announcement, with Chinese President Xi Jinping laying out plans to institute a national cap-and-trade scheme for carbon emissions in 2017, and committing $3.1 billion to finance climate change adaptation and mitigation in poor countries. (The U.S. didn’t release new climate policies last week, as it had already rolled out a bunch in the last year, most notably the finalized Clean Power Plan.) The U.S. and China also laid out a shared vision “to reach an ambitious agreement” in December’s U.N. climate negotiations in Paris.

These are important steps on their own terms, as China is the world’s largest CO2 emitter. But just as important could be the impact of spurring other major developing countries, such as Brazil, India, and Indonesia, to action. If you were the head of government in Brazil or India, why would you limit your emissions if China isn’t limiting its? But now China is, and that could embolden other countries to act more forcefully and give a major boost to the Paris talks.

“The political reality is that you can’t get some major economies to act while others don’t,” says a senior Obama administration official, explaining how China’s moves laid the groundwork for Brazil to make its own joint climate announcement with the U.S. in June. That was followed this week by Brazil announcing its official pledge for the Paris talks, which is being praised as notable progress even though analysts argue that it should be stronger. (The same, of course, is said of the climate pledges from the U.S. and China.) “It all really began with the U.S.-China joint announcement last November, which set the stage for a new dynamic of interaction on climate change among major economies,” says the official. “That reshaped the landscape of climate talks and made possible this step with Brazil.”

“Part of the reason why we were pushing on an open door [with Brazil] is because of the impact of [the joint announcement with China],” says another senior administration official. “Brazil sees itself very much in that group of countries. They wanted to rise to that level and show that level of leadership.” Cooperation between the U.S, China, and Brazil, along with the European Union, is laying the groundwork for some real progress in Paris, though still far less than is actually needed.

It takes months for even bilateral climate negotiations to bear fruit — the U.S.-Brazil negotiations that led to the June joint announcement took the better part of a year. So we don’t know yet what effect China’s latest move will have on other countries. But we’ll probably find out in Paris.