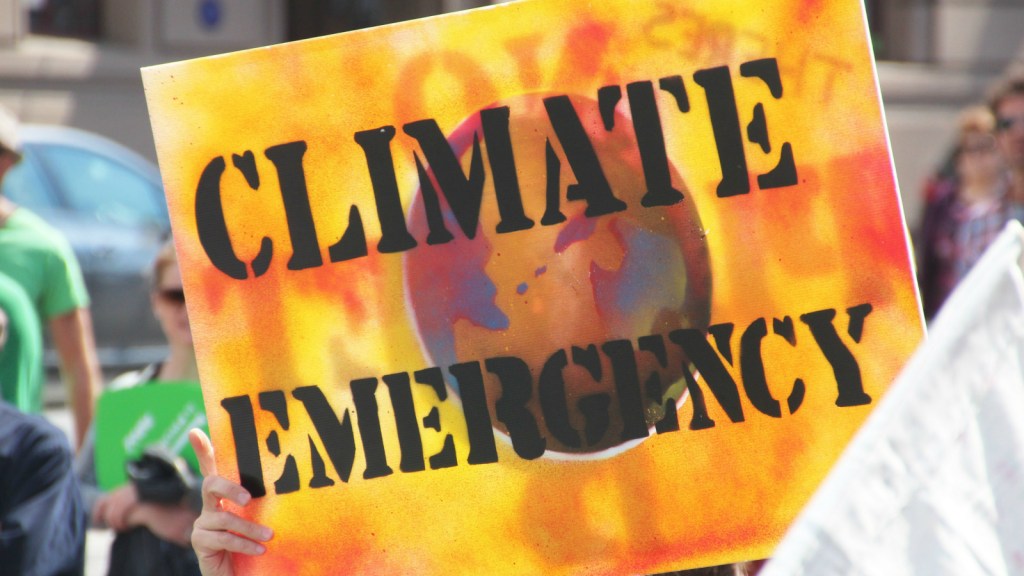 These are exciting times for climate hawks. After years of having their issue relegated to second-tier status in presidential campaigns, they’re now seeing the Democratic candidates fighting hard over who will be more aggressive in combating climate change and reining in oil, gas, and coal production. Thursday’s Democratic debate in New York featured a long, feisty dispute in which Bernie Sanders asked Hillary Clinton whether she supports a carbon tax (she ducked) and Clinton knocked Sanders for not giving President Obama props for the Paris Agreement.

In a marked shift from Obama’s policy of expanding domestic fossil fuel extraction, Clinton and Sanders are pledging not only to tighten the noose around coal’s neck, but to scale back fracking through strong regulation and to protect all (in the case of Sanders) or most (in the case of Clinton) of the U.S. coastline from oil and gas drilling. They are getting into Twitter spats over whose climate and clean energy plan is better. They are arguing over whether it’s OK to accept donations from people connected to the fossil fuel industry. Even before all of this started up, Martin O’Malley entered the race with an extensive climate agenda at the center of his campaign. Prior to Thursday, debate moderators almost never asked about the issue, but candidates brought it up themselves. Sanders even called climate change the biggest threat to national security.

But there’s a big caveat — this discussion involves only the candidates from one party. Republican candidates virtually never mention the subject. When they do, it’s often to minimize its importance.

During Obama’s presidency, just as Democratic politicians have become more motivated to fight climate change, Republicans have grown less motivated — and more inclined to deny that it’s a problem at all. Global warming has become an intensely polarized partisan issue.

It wasn’t always this way. In 1998, almost the exact same share of Democratic and Republican voters — 46 percent and 47 percent, respectively — recognized that “the effects of global warming have already begun,” according to Gallup. And politicians in both parties were fairly unified too — nodding to climate change as a problem but not really invested in doing anything about it.

In the 2000 and 2008 presidential elections, climate change wasn’t a big issue in part because the Democratic and Republican candidates were saying some similar things about it. In 2000, Al Gore talked about the need to limit CO2 emissions, and then George W. Bush pledged to regulate CO2 from power plants and effectively neutralized the issue. (Of course, Bush promptly reneged on that pledge after getting to the Oval Office.) In 2008, both Barack Obama and John McCain called for cap-and-trade systems to reduce greenhouse gas emissions. Even the runners-up for the Republican nomination, Mitt Romney and Mike Huckabee, accepted climate science and expressed openness to carbon regulation.

That changed after Obama moved into the White House. Republicans in Congress dedicated themselves to opposing his every move, and Republican voters, including Tea Partiers, demanded nothing less. When congressional Democrats tried to pass cap-and-trade legislation, the right mobilized against it and congressional Republicans were unified in opposition. Even McCain and his friend Sen. Lindsey Graham (R-S.C.), who had worked to develop a Senate cap-and-trade plan, came out against the bill that ultimately emerged.

In the 2012 presidential campaign, under pressure from right-wing talk radio king Rush Limbaugh and conservative bloggers, Romney reversed himself on climate science, becoming a full denier. The only Republican presidential candidates in 2012 or 2016 to support climate action were marginal moderates who couldn’t even get into prime-time debates, like George Pataki.

External, real-world factors are driving Democratic voters to take climate change more seriously: escalating temperatures, melting ice sheets, and increasing numbers of extreme weather events, plus ever-more-worrying reports from groups like the Intergovernmental Panel on Climate Change. And there is an increasingly vocal climate movement that organized an enormous, diverse march to raise awareness, got handcuffed to the White House fence to oppose the Keystone XL oil pipeline, and has been bird-dogging Clinton on the campaign trail.

These trends have pushed Obama to take stronger climate action, from rejecting Keystone to dropping his plans to open the Atlantic coast to offshore drilling. They are having the same effect on Clinton. Even Sanders, who was a climate hawk before he started running for president, has given climate change and energy more thorough attention recently.

But that won’t count for much in the coming years if the next president is Donald Trump or Ted Cruz. They both completely deny climate science and call for rolling back climate protections. The same partisan polarization that strengthens Clinton’s and Sanders’ climate platforms pushes Cruz and Trump in the other direction.

Fortunately, this situation isn’t permanent. Republican voters’ acceptance of climate science has started to bounce back. Last year, 34 percent of Republicans polled said increased temperatures are caused by human activity; that figure rose to 38 percent this year. Some GOP politicians are shifting too. Last fall, 11 House Republicans introduced a resolution affirming climate science and calling for action to reduce carbon emissions, and a handful of Republican senators formed a working group to promote clean energy and climate protection. Politicians follow voters. If a significant majority of conservatives came to embrace climate science and climate action, that could force politicians like Cruz and Trump to do the same.

So the climate movement’s job is to win hearts and minds — not of politicians but the voters they pander to.