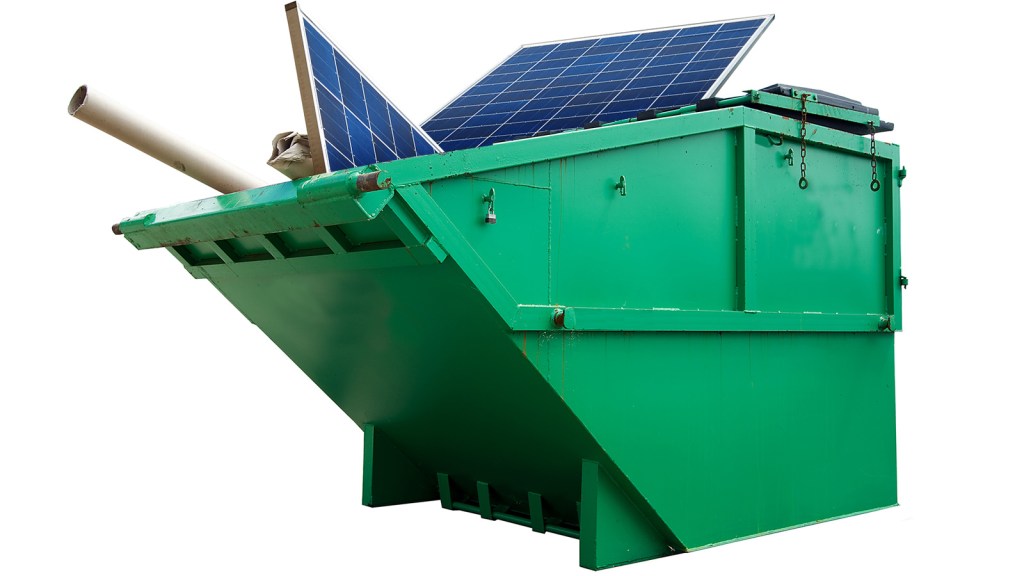 Having stepped away from the dirty fight utilities have picked with the home-solar movement for a couple of weeks, I was able to take a bird’s-eye view of everything we’ve covered. I realized that I’ve flown over this debate before. This isn’t the first time I’ve watched fossil fuel-based, investor-owned utilities get into the pockets, coffers, and heads of black “leaders” and officials to nip the blossom of clean energy.

Back in 2009, when the Waxman-Markey climate bill was moving slowly through Congress, fossil fuel companies were ringing alarms about the rise of renewable energy, sounding like Andre 3 Stacks in UGK’s “International Players Anthem“:

The atmosphere is now ripped,
I’m so like a pimp,
I’m glad it’s night, so the light
from the sun
would not burn me on my bum
When I shoot the moon, high jump the broom,
like a preemie out the womb,
my partner yelling, ‘Too soon!
Don’t do it! Reconsider!
Read some liter-
ature on the subject.

Using black and brown voices to Auto-Tune melodies for communities of color, the fossil fuel and utility companies were singing: It’s “too soon” for solar; Don’t let the sun burn our asses; Reconsider these clean energy proposals; Read this literature from our fossil fuel factory researchers to understand what we’re talking about.

At a July 2009 Senate hearing, National Black Chamber of Commerce President Harry Alford, made the case that the climate bill would cause home heating bills to skyrocket, and for African Americans and Latinos most especially. To back up his claims, he held up a report from CRA International, which represents the interest of electric utilities and gas companies. The report also claimed clean energy would cost the nation jobs. Sen. Barbara Boxer (D-Calif.) challenged Alford’s CRA study, pointing out that it was funded by Exxon Mobil, a fossil fuel giant that was fighting the bill. Alford’s chamber of commerce also was on Exxon’s contribution rolls, having accepted $350,000, at the time, from the oil and gas company since 1998.

Alford wasn’t — isn’t — the only black voice on the take from fossil fuel energy. A few years before the climate bill, a coal lobby group called Center for Energy and Economic Development was gifting groups like the National Institute for Latino Development, the U.S. Hispanic Chamber of Commerce, and Alford’s Black Chamber of Commerce with studies like this one, saying that the Kyoto Climate Change agreement would threaten the economic well-being of African Americans and Latinos.

Independent studies, including reports from the Congressional Budget Office, had been showing that laws for curbing climate change and boosting renewable energy would actually save families money on their electric bills. But the fossil fuel lobbies made enough of an impression that two members of the Congressional Black Caucus ended up voting against the Waxman-Markey bill, including then-Rep. Artur Davis (Ala.), in one of his earliest signals of his eventual turn toward the GOP. Davis, of course, cited jobs and electric bills in explaining his nay vote.

The players have changed somewhat today, but the game is still the same. The main player these days is Edison Electric Institute, an electric utility lobby that’s been using the voices of African-American and Latino-American elected officials to attack the spread of home-produced solar energy. They’ve zeroed in on net metering policies, which allow solar households to sell excess electricity they generate back to utility companies and roll back their electric bill costs in the process.

Utility companies are concerned that net metering its cutting into profits paid to utility shareholders. Perhaps they underestimated how quickly distributed solar generation would spread — installed solar capacity has grown 418 percent since 2010. They’re now waging war on net metering by convincing some black and brown officials that solar is the exclusive province of white, wealthy households that are being subsidized by non-solar residents, particularly people of color and the low income. Consequently, utility companies will have no alternative, they contend, but to make up for the revenue they’re losing by increasing fees in electric bills, which will disproportionately burden poor households.

Some black elected officials have simply accepted this fate for their constituents instead of challenging the utility companies, and have been echoing the utilities’ calls for increasing fees for electricity. Here’s a passage from the National Black Caucus of State Legislators report on solar net metering policies, commenting on the rise of non-utility generated, rooftop solar, or what’s referred to as “distributive generation”:

We are concerned about the regressive nature of the cost-shifting that results from the net metering policies used to make [distributive generation] appear to be a more attractive financial proposition. … Left unaddressed, policymakers risk the creation of an “energy divide” alongside the already established income gap where low and fixed income consumers and large swaths of minority consumers subsidize new distributed generation services for higher-income customers.

Of course, there’s already an energy divide that’s long been in place under the rule of the current fossil fuel-based utility system. The Black State Legislators report acknowledges the divide, but spends no ink grappling with the utility companies’ culpability in creating it — only that solar distributed generation will make it worse.

The two sources cited in the report to back up its claims come from fossil fuel lobbies: American Electric Power and the American Coalition for Clean Coal and Electricity, a major donor contributor to associations comprised of black elected officials.

The Black State Legislators group’s energy, transportation, and environment committee chair, former Florida state Rep. Joe Gibbons, promoted the report at a briefing for Congressional Black Caucus staffers late last month. Standing by his side was David Owens, an executive for Edison Electric, which has produced its own report on the supposed financial damages solar will bring. Edison’s position on this mirrors that of the notorious lobbying group ALEC, which has found its way into the anti-net metering resolutions of black organizations like the National Policy Alliance.

An attendee of the Congressional Black Caucus briefing told me that Owens and Gibbons claimed solar distributed generation would mean lost job opportunities for African Americans. Bang-up job the utilities are doing on the employment front so far. Here’s a snippet from the American Association of Blacks in Energy 2011 report “Energy, Economics, and the Environment: Effects on African Americans”:

Over the past 20 years there has been a 28% decrease in overall energy sector employment, and an increase of 35% in overall employment. As a consequence, despite the fact that the fraction of energy employees who are black has risen from 6% to 8% over this time period, the total percentage of blacks employed in the U.S. energy sector has fallen from around 1.8% in 1983, to 1.1% today.

That Gibbons is willing to stand alongside utility execs and peddle reports marked exclusively with their imprimatur tells us a lot about what these anti-net metering policies are really about. They’re not about equity or social justice, like the Black State Legislators report purports. It’s just fossil fuel companies singing the same tired songs, this time with new black and brown voices for payola. (I reached Gibbons by phone this week to comment. He said we could talk about next week.)

Fortunately, there are voices of color that have been standing up to the utilities and their front-men-of-color, as was the case in 2009. Back during the Senate hearing when Nation Black Chamber of Commerce President Alford argued against the climate bill on fossil fuel interest’s behalf, Sen. Boxer was able to counter with a pro-climate bill resolution from the NAACP. Today, elected officials and advocates have substantial data from the NAACP’s “Just Energy Policies” report to lean on when the utilities come a-singin’.

Late last month, a coalition of black and Latino organizations wrote a letter to Congressional Black Caucus Chair Marcia Fudge in support of solar, writing, “Rooftop solar and net metering deliver solutions that are vital to our communities, save lives by improving air quality, and provide economic benefits by lowering energy bills and creating jobs. To achieve a cleaner, more equitable approach to energy, we must keep net metering intact.”

Prominent Latino voices have been speaking out just as loudly against the industry propaganda. Arturo Carmona, the executive director of Presente.org, recently wrote a powerful op-ed in the Sacramento Bee about this, saying that proposals to add fees for solar are “part of an insidious effort by utility companies across the country to keep us tied to their sources of energy.”

In the op-ed, Carmona kills off claims about how net metering is wrecking the economies of communities of color:

Here in California, net metering has brought jobs and clean energy to our communities. Two-thirds of all rooftop solar installations are in middle- and low-income neighborhoods, creating more than 47,000 jobs in our state, 20 percent of them Latino. … Utility companies need to stop using Latinos and other communities of color as pawns in their power grab.

There are also people of color who understand utilities’ motivations and agendas as insiders, and who’ve been calling their bluffs. When Gibbons wrote an op-ed this past summer arguing that net metering policies are financially hampering Florida residents, he was rebuffed by E. Leon Jacobs Jr., a former Florida legislature staffer and public service commissioner. Jacobs reminded Gibbons that “the majority of new installations are for working people of median incomes,” and that it was state legislators that were driving up energy costs by refusing to remove “burdensome” taxes on solar equipment — “at the behest of big utilities.”

Responses like these show that while the utilities might keep singing the same song, people don’t have to believe the hype.