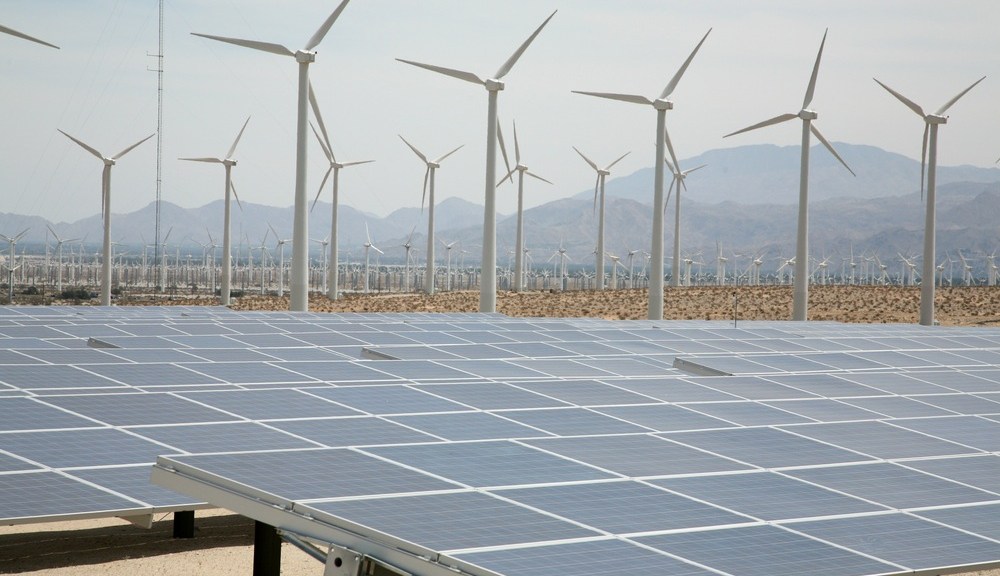 It's all good. Shutterstock
Climate & Energy

In what might be the first epic mic drop ever to grace the pages of the journal Nature Climate Change, a group of researchers just announced that we don’t, in fact, need fancy energy storage technology to go renewable by 2030.

The news is a bit of a coup, given that cheap, ubiquitous energy storage is supposed to be what eventually solves the intermittency of clean energy sources — that is, the problem of not being able to power your hoverboard where the sun don’t shine and the wind don’t blow (and if you can’t have a flaming symbol of consumerism under your feet at all times in 2016, then really, what’s the point?). Which is why people like desert messiah Elon Musk and this guy on Kickstarter have been working hard to develop such a technology.

But the National Oceanographic and Atmospheric Administration researchers behind this new study say that we could reduce CO2 emissions from the electricity sector by between 33 and 78 percent, relative to 1990 levels, by 2030 without energy storage. All we have to do, they say, is apply the same logic that we do to justify drinking at odd hours of the day. That is — it’s always 5 o’clock somewhere, and it’s always windy or sunny somewhere, too.

In other words: We shouldn’t be breaking the country into isolated regions of energy independence. Sure, North Dakota is far from New York, but it would actually be cheaper to build a transmission line from the windy plains of buffalo country to the East Coast than it would be to build an offshore wind farm, lead author Alexander MacDonald told IEEE Spectrum. And if we wire up the entire country with these “high-voltage direct-current” (HVDC) transmission lines, then it won’t matter so much if one region happens to be low on wind or sun. Here’s more from a press release:

MacDonald compared the idea of a HVDC grid with the interstate highway system which transformed the U.S. economy in the 1950s. “With an ‘interstate for electrons,’ renewable energy could be delivered anywhere in the country while emissions plummet,” he said. “An HVDC grid would create a national electricity market in which all types of generation, including low-carbon sources, compete on a cost basis. The surprise was how dominant wind and solar could be.”

To assess the practicality of such a scenario, the researchers used highly detailed weather data for the entire continental U.S., breaking the country into 8-mile-wide chunks and using a 60-minute time resolution to map out wind and solar power potential across the whole country.  Then, assuming a 14 percent increase in electricity demand over 2006-2008 levels and accounting for the projected cost of renewables over the next 15 years, the researchers estimated how much we could reduce emissions using various energy mixtures. They relied mostly on wind, solar, and natural gas, but did include coal in at least one scenario. Here’s more from the press release:

Even in a scenario where renewable energy costs more than experts predict, the model produced a system that cuts CO2 emissions 33 percent below 1990 levels by 2030, and delivered electricity at about 8.6 cents per kilowatt hour. By comparison, electricity cost 9.4 cents per kWh in 2012.

If renewable energy costs were lower and natural gas costs higher, as is expected in the future, the modeled system sliced CO2 emissions by 78 percent from 1990 levels and delivered electricity at 10 cents per kWh.

The coal scenario had the highest emissions but reduced cost to 8.5 cents per kWh.

Unfortunately, this country can’t even get its act together when it comes to building infrastructure for humans, so building an interstate system for electrons seems pretty out of the question. Still, one can dream. One can also watch another mic drop gif: