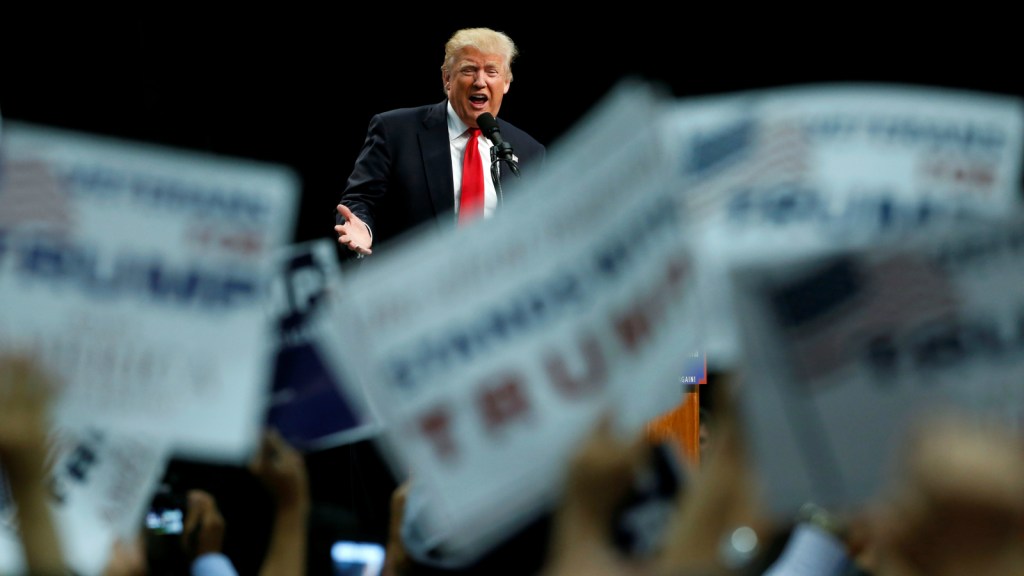 When Donald Trump gave his big energy speech in North Dakota last week, he recited a well-established set of Republican talking points in favor of coal, oil, and gas and against climate action. But he also made a relatively new and particularly dishonest claim, one that he repeated the next day in California: that he will promote clean air and clean water.

As conservatives have grown more extreme in their opposition to regulating climate pollution, they’ve struggled to paint themselves as supporters of a clean environment. This is a problem, as most voters value breathable air and drinkable water.

Some leading Republicans have tried talking their way around this obstacle by conflating carbon emissions with other forms of air pollution. Rand Paul, for example, has deliberately confused the two, arguing that climate activists are “hysterics” because “pollution” is “actually much better now.” Conventional air pollution, such as nitrogen oxides and sulfur dioxide, is indeed lower than it was before passage of the Clean Air Act, but carbon pollution is much worse.

Although Trump has the same goal of misleading voters into thinking that a clean environment can be achieved without regulating carbon, he takes the opposite approach. Rather than conflating conventional pollution with greenhouse gas emissions, he pretends the two are totally unconnected. “From an environmental standpoint, my priorities are very simple: clean air and clean water,” said Trump. “We’ll solve real environmental problems in our communities like the need for clean and safe drinking water,” but “not phony ones,” by which he meant climate change.

All of this was secondary to the main thrust of Trump’s energy speech, which was that fossil fuels are fantastic and we should extract and burn more of them.

Here’s what Trump and too many conservatives just don’t get, or willfully ignore: Burning fossil fuels produces not just climate pollution but conventional pollution, the kind that triggers asthma attacks, is linked to heart problems, and can actually be seen in the air. This is especially true of coal. That’s why Obama’s biggest climate initiative — the Clean Power Plan, which will curb pollution from coal-fired power plants — is projected to prevent 3,600 premature deaths and 90,000 childhood asthma attacks a year by the time it’s fully implemented.

So when Trump says he wants to repeal Obama’s entire Climate Action Plan, which includes the Clean Power Plan, he’s saying that he would increase the kind of pollution that dirties the air we breathe makes people sick. When he says he would revitalize the coal industry (even though he wouldn’t actually be able do it) and spur more oil and gas production, he’s saying the same thing.

Trump’s claim that he would prioritize clean air and clean water is, of course, also inherently dishonest because he calls for eliminating the EPA. You can’t protect the air and water from any pollutants — greenhouses gases or others — without an agency to do it. It’s because of regulation that our air has gotten cleaner.

Politicians who say we can have clean air while burning more fossil fuels and rolling back all climate action and environmental regulation are lying.