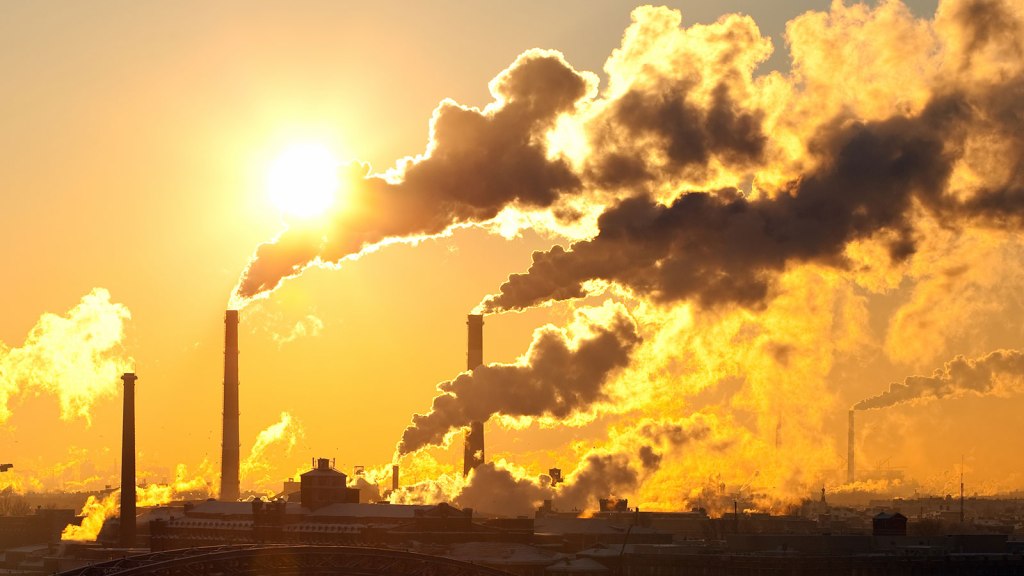 Now this is something to be thankful for: The air you breathe will soon be a little cleaner.

Federal officials love to bury controversial news by releasing it around a holiday. Cue today’s announcement from the EPA that it is proposing new rules to reduce smog. Why would that be controversial, you might wonder? Here we answer that question, and all the others you might have:

What is this about?

The allowable density of ground-level ozone, aka smog.

But isn’t ozone good for the environment? I vaguely remember the hole in the ozone layer being a problem.

In the stratosphere, ozone blocks out skin-damaging ultraviolet rays from the sun, which is a good thing. But at ground level, ozone is a pollutant than can imperil lung function, which is a bad thing.

How is ozone created?

Chemicals released in industrial processes – mainly nitrogen oxide from fossil fuel combustion, but also volatile organic compounds from chemical plants and oil refineries – mix with sunlight and turn into ozone. So ozone comes from the same sources as many other pollutants: power plants, vehicles, factories, etc.

What happened on Wednesday?

EPA Administrator Gina McCarthy announced that her agency is proposing to lower the allowable concentration of ozone in the air from the current standard of 75 parts per billion (ppb) to somewhere between 65 and 70 ppb. She is also soliciting comments on a standard as low as 60 ppb.

Why did EPA do this?

Because it is required by the Clean Air Act to review the standard every five years. Accumulated scientific data shows the current standard is too weak. The data has shown this for quite some time, but a stronger standard has been delayed because of political meddling, first by George W. Bush and then by Obama. As I explained back in September, the rule should have been substantially strengthened years ago:

In 2008, when the ozone standard was 84 ppb, the scientists both inside and outside of the agency found that it should be lowered to between 60 and 70 ppb. George W. Bush’s EPA administrator, Stephen Johnson, overruled them and issued the seemingly arbitrary standard of 75 ppb. …

When President Obama took office the next year, environmentalists hoped his EPA administrator, then Lisa Jackson, would revise the standard. And she did decide to reconsider the standard instead of defending the status quo in court, on the grounds that the Bush standard was “not legally defensible given the scientific evidence.” But in 2011, when she tried to move forward with a stricter rule, the White House yanked the rug out from under her feet.

Basically, Obama caved to industry the year before his reelection campaign. The White House said the EPA would review the rule at the next five-year mark, in 2013. When it failed to do so, a coalition of environmental and public health organizations filed suit. A court then imposed a timetable on the EPA, requiring it to propose a new standard by Dec. 1. (It actually got its homework done five days early!)

So the White House is finally letting the EPA fulfill its legal mandate under the Clean Air Act to tighten the standard to what the best available science indicates is necessary to protect public health. Or, well, almost.

The EPA still might not go as low as it should. Most advocates say that the agency’s own findings show 60 ppb is the level needed to protect the public. EPA says there is enough ambiguity in the data that a slightly higher standard like 65 ppb might be adequate. “We don’t agree that 65 is strong enough,” says Paul G. Billings, senior vice president for advocacy and education at the American Lung Association. “That’s the position we took in 2008 and [again] in 2010, and the literature is even stronger today. You can see significant additional health benefits [at 60 ppm].”

What are the health benefits of EPA’s proposed standard?

EPA estimates that by 2025 these rules will result annually in 750 to 4,300 fewer premature deaths, 320,000 to 960,000 fewer asthma attacks among children, 330,000 to 1 million fewer days of missed school, 65,000 to 180,000 fewer missed work days, 1,400 to 4,300 fewer asthma-related emergency room visits, and 790 to 2,300 fewer cases of acute bronchitis among children. And those numbers don’t even include California because the state’s air is so bad that it will have longer to meet the new requirements, but California will experience the same types of benefits once its air is as clean.

The EPA will open its proposal up to public comment for 90 days. Groups like the American Lung Association and the Natural Resources Defense Council will submit detailed technical comments, and grassroots organizations will bring in comments from the general public, like parents of asthmatic children.

“We will be getting public comments submitted and getting people turned out to the three public hearings EPA is holding in January,” says Mary Anne Hitt, who runs the Sierra Club’s Beyond Coal Campaign. The Sierra Club has been calling for a 60 ppb standard, and will continue to. “We work with people for whom this is a life-and-death matter,” says Hitt. “Those stories can get lost when you’re talking about parts per billion, but we’ll make sure those stories get told.”

Meanwhile, right-wing industry associations like the American Petroleum Institute will lobby for the weakest rule possible, arguing that any tightening of the standard will impose an undue economic burden.

Is that where the “controversy” comes in?

Yes. Industry says it would just cost too much to clean up the air we all breathe. Conservatives and fossil fuel interests always complain about the costs of environmental rules — and they’re pretty much always wrong.

Are there any other complaints specific to this?

Opponents of the proposed rules say that states haven’t even yet met the 2008 standard, so it is too soon to tighten it again.

Industry is whining about the potential cost, but what about potential economic benefits?

The EPA estimates the savings from improved health for a 70 ppb standard would range from $6.4 billion to $13 billion per year, and $19 billion to $38 billion for 65 ppb. (As with the health numbers, these exclude California.)

OK, after public comments, then what?

EPA will finalize the new standard by Oct. 1, 2015. It will likely be in the 65 to 70 ppm range and probably at the upper end of that spectrum. In general, proposed regulations get weaker, not stronger, during the comment period.

And then how does it get implemented?

States develop compliance plans. They have to, under the law, or else EPA will do it for them. Different metropolitan regions will have different dates by which they must get under the new standard, ranging from 2020 to 2040. The regions with the dirtiest air, such as L.A. and Houston, will be at the late end of that timeframe. But in order to get there, the law says they will have to impose stiff new technological requirements on smaller sources than other areas will.

Does this have anything to do with climate change?

Yes. Many of the sources of ozone pollution that we mentioned above — power plants, factories, cars — are also major sources of CO2. So if states decide to meet the new ozone standard by imposing rules that lead electric utilities to retire coal plants and replace them with renewables or natural gas, that could cut down on climate pollution too. And in places where cars are the main cause of smog, states could adopt clean-car rules, including higher fuel-economy standards. This also gives state and local governments a reason to reduce driving through investments in mass transit or walkable and bikeable streets. So while this isn’t about greenhouse gas emissions per se, it could help lower them.

Also, climate change leads to more ozone production, so you can think of this new standard in part as a climate adaptation measure — a way to help keep the air cleaner even as the planet heats up.

So does this mean Obama is awesome?

Not really. When he blocked a stronger ozone standard in 2011, it was a huge sellout, and his administration still hasn’t determined exactly how strong the new standard will be. Enviros need to keep the pressure on these next few months, to show there will be a political cost to selling out to industry groups again.

Correction: This piece originally stated that nitrous oxide is an ingredient in ground-level ozone. In fact, it is nitrogen oxide.