Jam the courts, blow the whistles, shut down the kitchen: Here are The Resistance's latest strategies 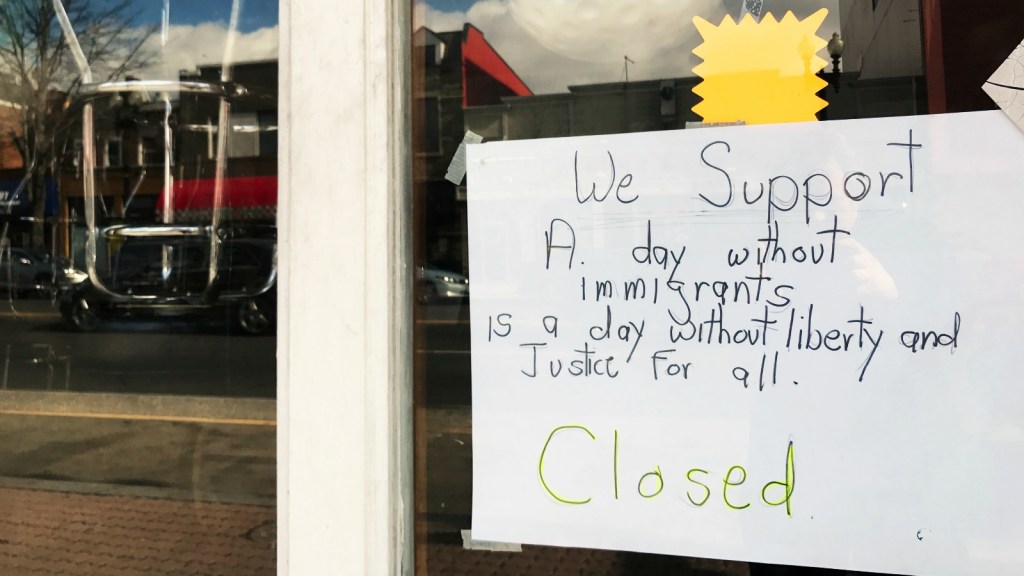 A restaurant in D.C. REUTERS/Jim Bourg
Push Back

Jam the courts, blow the whistles, shut down the kitchen: Here are The Resistance’s latest strategies

In the aftermath of America’s Most Baffling Press Conference, let’s cut to the chase: People are calling out Trump and his administration in meaningful, productive ways all across the land. Here’s what went down:

Despite unprecedented calls from EPA employees for senators to block his confirmation and a judge’s order to release years of emails with fossil fuel industry figures, Scott Pruitt is now EPA administrator. Are you enraged? Will you be in Boston this weekend? That’s something else to be upset about, but bear with us: Thousands of scientists are in town for the American Association for the Advancement of Science annual conference. On Feb. 19, scientists and their allies will hold a rally in Copley Square to protest the Trump administration’s anti-science rhetoric and policies.

If you’re trying to reach anyone in the Department of Energy, you might have a tough time of it, because their phone directory was taken offline on Thursday morning. Cool! Anyway, California Rep. Ted Lieu and Virginia Rep. Don Beyer have published a guide for whistleblowers as a show of strength against the Trump administration’s “strapp[ing] a muzzle on federal agencies.” The Union of Concerned Scientists also released a guide to help scientists bring important information to the public discreetly and securely. Environmental science and public health shouldn’t be political, and these guides are a means to protect them.

Earthjustice filed a lawsuit on behalf of the Standing Rock Sioux in a new attempt to block construction on the Dakota Access Pipeline, which is already underway. A bit of good news for the anti-pipeline movement: The hearing may be expedited.

On Feb. 16, the American food industry may have looked a little … thin. That’s because immigrants across the United States took the day off to show what an America that operates on deportations and immigration bans would look like. (Spoiler: It doesn’t have a lot of food.) In case you were wondering if Washington would notice (via The New York Times): “The Pentagon warned its employees that a number of its food concessions, including Sbarro’s [sic], Starbucks, and Taco Bell, were closed because immigrant employees had stayed home and that they could expect longer lines at restaurants that were open.”

And in response to an ongoing rash of deportations, a coalition of Mexican lawmakers under the name Monarca is aiming to protect Mexican immigrants by exploiting the U.S. legal system’s greatest weakness: It’s a bureaucratic nightmare that’s already heavily backlogged!

And, ICYMI on Grist: