Oil-rich Alberta is getting serious about climate action, just in time for Paris talks 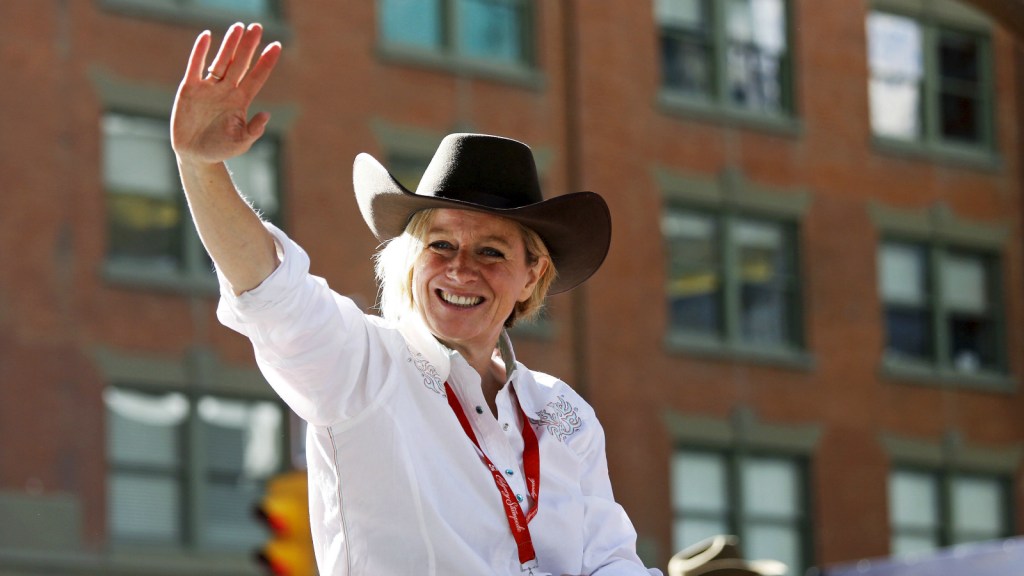 Oil-rich Alberta is getting serious about climate action, just in time for Paris talks

Alberta, aka the Texas of Canada, is taking a giant step forward to protect the climate. And it couldn’t have come at a more crucial moment.

The government of Canada’s Alberta province, home to the country’s controversial oil sands, said Sunday that it will implement an economy-wide tax on carbon emissions in 2017, addressing long-standing criticism that it is not doing enough to combat climate change.

The provincial government estimated that the plan, including a pledge to phase out pollution from coal-fired electricity generation by 2030 and a limit on emissions from the province’s oil sands industry, would generate the equivalent of $2.25 billion in annual revenue.

Until very recently, Canada had lousy climate policies and Alberta was the main reason why. The Conservative federal government, under Prime Minister Stephen Harper, who came from Alberta, was committed to rapacious natural resource extraction. The Alberta tar sands ramped up oil drilling during his tenure — oil that is especially dirty and energy-intensive to extract and process — which led to the push for the controversial Keystone XL pipeline.

Just a year ago, it looked like Alberta might be driving North American — and, by extension, global — climate policy off a cliff. If Keystone XL were approved, and if Canada and the U.S. — the two biggest per capita carbon polluters among large countries — were not going to get serious about climate change, that would stand in the way of getting a strong global climate agreement in Paris this December.

Things have quickly changed. In May, Alberta elected the New Democratic Party to control its provincial government. In Canada, the Liberal Party is the equivalent of the moderate Obama/Clinton wing of the Democratic Party, and the NDP is further to the left. Basically, it’s as if Texas or Wyoming elected Bernie Sanders as governor. And it wasn’t just economic populism that brought the NDP to office. New Alberta Premier Rachel Notley campaigned explicitly on a platform to diversify Alberta’s economy and improve its retrograde policies on climate change.

Then the Liberals won the federal elections in October. Experts on Canadian politics and environmental policy are confident that new Prime Minister Justin Trudeau will bring a more progressive, cooperative attitude to the Paris climate talks. Meanwhile, Obama finally rejected Keystone XL. And Canada’s former partner in climate crime, Australia, replaced its super-backward prime minister with a less backward one.

Canada hasn’t formally upped its Paris emissions-cutting pledge since the change of national government, in part because the policy levers needed to do so are largely controlled at the provincial level. More progressive provinces, like British Columbia, are already implementing a lot of clean energy policies. Now that Alberta is on board, Trudeau’s government should be willing to offer more ambitious proposals in Paris. In fact, Notley is clearly doing this now for exactly that reason. As the Post notes, “Notley will bring her plan to a Monday meeting of Canadian premiers with Prime Minister Justin Trudeau, to prepare the national strategy for the upcoming Paris climate-change summit.”

Who would have thought that Alberta would lead the way to a stronger Canadian climate policy? Now we can add carbon pricing to the list of reasons — universal health care, affordable public universities, great comedians — that American liberals envy our neighbor to the north.