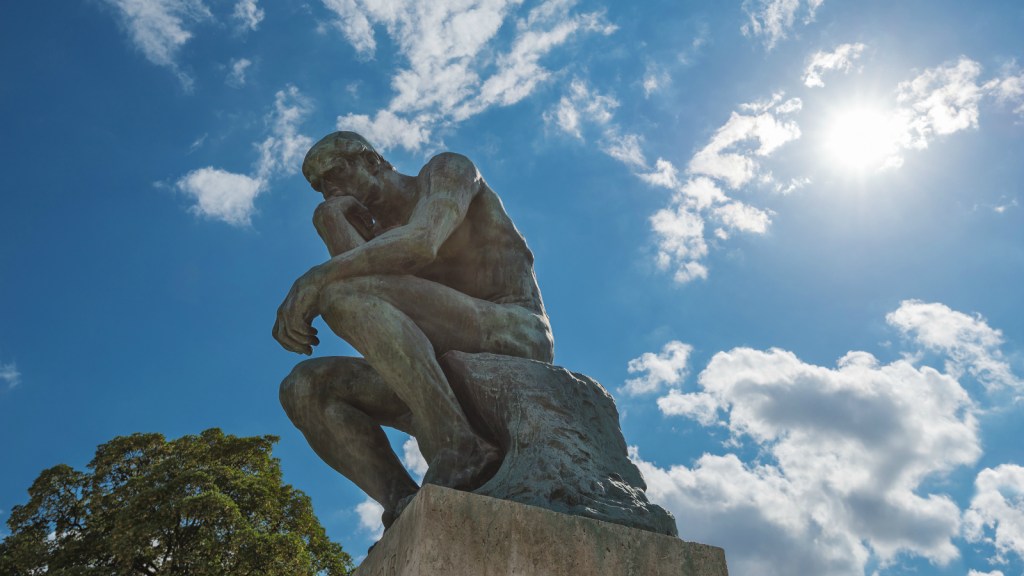 In college, I took a class taught by Jonathan Schell, the former New Yorker writer whose 1982 bestseller The Fate of the Earth focused the public’s mind on the threat of nuclear annihilation. Schell had gotten his start in journalism reporting on atrocities committed by U.S. troops during the Vietnam War. He went on to spend several decades warning of the threat to humanity and the environment posed by the nuclear arms race. I later interned for Schell at The Nation. At the time, he was busy churning out columns trying to explain that you could not stop nuclear proliferation militarily, as in the ill-considered Iraq War. Only “through the common voluntary will of nations,” he wrote, could disarmament be achieved.

When Schell passed away last year, Bill McKibben — a New Yorker alum, climate activist, and Grist board member — wrote a lovely tribute to him. In it, McKibben mentioned something I had not known: that before he became ill, Schell had been planning to write a book partly about climate change. It makes sense. Nuclear war once had no rival in the threat-to-humankind competition. Now it does, and that rival is climate change. “[H]e hadn’t stopped mulling over … his great topic,” McKibben wrote, “which really was the fate of the earth.”

Like radioactive fallout, climate change — through rising seas, more frequent storms, and parching heat waves — could destroy the very land under our feet, rendering it unlivable and unfarmable. Left unchecked, it threatens species from insects to elephants. The food chain will be disrupted, great cities destroyed, our farmland turned to wasteland.

As with nukes, climate change is a human-made threat that will never fully go away. But, also like nukes, it can be contained. The nuclear regulatory regime, and agreements such as the Non-Proliferation Treaty that virtually every country has joined, are a model for addressing climate change. We still constantly worry about nuclear weapons, but we’ve been able to avert their use since World War II.

Greenhouse gas emissions, like nuclear weapons, represent a collective action problem straight out of Game Theory 101. Everyone will be better off if everyone forgoes them. But the biggest individual benefits may accrue to the jerk who doesn’t participate while everyone else does. And no one wants to be the sucker who tries to be responsible when the rest of the world isn’t. The only solution is to get everyone on board all at once. If you’ve ever followed international relations in any way, you understand how hard that is.

None of this will come as news to the negotiators assembling in Paris next week for the U.N. climate negotiations, known as the Conference of the Parties (COP) 21. For more than two decades, we have known that climate change is happening, that it’s caused by human activity, and that an international agreement with everyone’s participation is the only path to preserving life on Earth as we know it. And yet it has been an enormous struggle, often seemingly futile, to forge a climate agreement equal to the task.

At the past two major COPs — Kyoto in 1997 and Copenhagen in 2009 — developing countries were reluctant to forgo the cheap, dirty energy that powered industrial growth in the West. Some rich nations were reluctant to pledge significant cuts if India and China wouldn’t do the same. Even those countries that did make commitments often failed to meet them. Global emissions have kept rising.

On the eve of the COP 21 kickoff on Monday, Nov. 30, which will feature speeches by heads of state, including President Obama, there is hope that the world will seize this opportunity to save itself. Obama — who, perhaps not coincidentally, has made nuclear non-proliferation a priority since he was in the Senate — realized that American leadership was needed. Through patient, intensive diplomacy, he helped move China and Brazil to make unprecedented commitments to reduce their fossil fuel dependency and restrain their emissions. Although he has had less success with India, it is an ongoing effort: While in Paris, Obama will meet bilaterally with Indian Prime Minister Narendra Modi, as well as President Xi Jinping of China. In any event, India has made substantial promises to reduce its carbon intensity — meaning emissions per unit of gross domestic product — and to expand its solar energy generation. Meanwhile, two rich countries that have taken a recalcitrant attitude toward climate action, Australia and Canada, have recently replaced their prime ministers with new ones who care more about climate change and have more respect for science.

These developments come at a key moment in the fight against climate change. The Earth has now warmed 0.85 degrees Celsius over pre-industrial levels. If we stopped emitting carbon completely tomorrow, we’d warm about another 0.6 C over the next 40 years, due to our past emissions, some of which will hang around the atmosphere for thousands of years. Absent significant carbon sequestration through reforestation or new technology that can safely and economically suck carbon from the air and store it underground indefinitely, we’ve already guaranteed 1.5 C of warming. The Intergovernmental Panel on Climate Change says that 2 C is the threshold at which large, unpredictable effects — some of which, like the melting of the polar ice cap, cause even more warming — will run out of control. Some climate scientists, like the famously prescient NASA veteran James Hansen, say that point may be even lower, as low as 1.5 C.

We are out of time to start swiftly cutting emissions and regrowing our forests and grasslands. There may be ways in which climate change isn’t as dangerous as nukes, but one way in which it is even more so is its irreversibility. If you fail to strike a nuclear non-proliferation deal with Iran in 2014, you can make one in 2015. As long as they don’t yet have nukes, the crisis has been averted for the time being. Climate change doesn’t work like that. If you fail to strike a climate deal and coal plants and tankers and cars keep spewing carbon pollution, you cannot undo those emissions. The failures of Kyoto and Copenhagen and the years that followed have left us up against a wall. The countries of the world must come together now or they will suffer together later.

Here’s something Schell wrote about nuclear disarmament in 1998 that could just as readily apply to climate change negotiations today: “Rarely in history has a riper opportunity for political leadership presented itself. An achievement that, soberly speaking, is of measureless value is within reach, if only the will to act [can] be found. This leadership might come from some unexpected quarter, but the obvious candidate is a president of the United States.” Obama knows this and — despite the efforts of his domestic opponents — he will try to offer that leadership when he speaks in Paris on Monday. What happens after that is less certain, but it couldn’t be more important.