This week started out pretty good for rich people. On Monday, a bunch of them announced amid much fanfare that they’d be investing a few globs of their fortunes in clean energy research, and the world was all: “Hooray for billionaires!” But it’s been two days since then, and oh how the tides have turned.

A new report from Oxfam called “EXTREME CARBON INEQUALITY” (capitalization not my own) calls out rich people for being the biggest contributors to climate change — by a wide, wide margin.

Of course, if you take two seconds to imagine what life is like in a slum in India vs. a McMansion in suburban America, then this shouldn’t be at all surprising. Still, it helps to quantify the inequality. So here are some numbers from the report:

… [The] poorest half of the global population — around 3.5 billion people — are responsible for only around 10 percent of total global emissions attributed to individual consumption, yet live overwhelmingly in the countries most vulnerable to climate change.

If you still don’t get the picture, perhaps this giant martini glass will help: 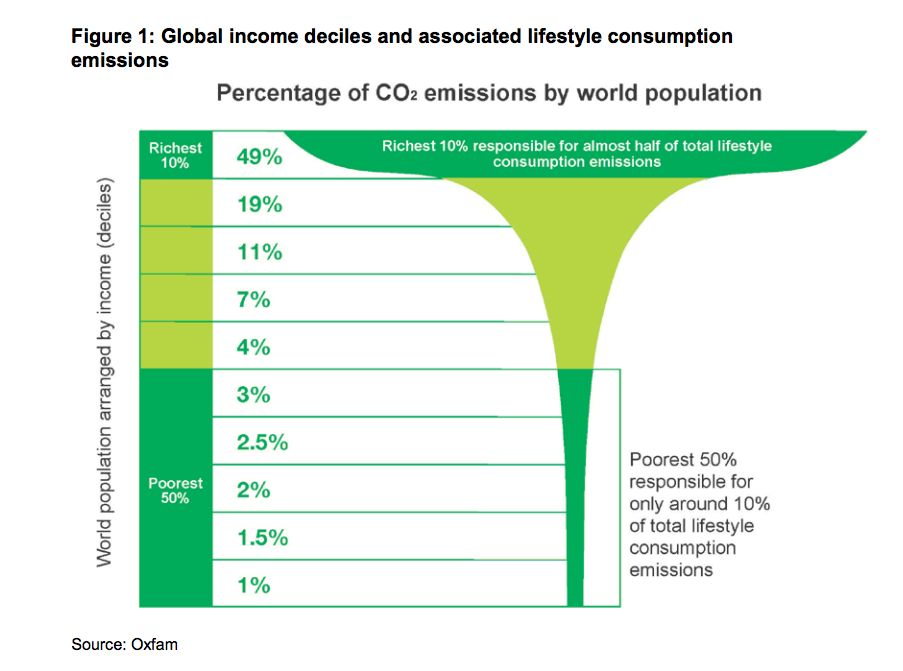 The report also notes that since the failed climate talks in Copenhagen back in 2009, the number of billionaires who have vested interests in the fossil fuel industry has gone from 54 to 88, and their combined wealth has gone from about $200 billion to $300 billion.

But even among the rich, not all are created equal. Those in the U.S. emit much more than those in, say, China. Here’s a country-by-country breakdown of per capita household emissions from the report: 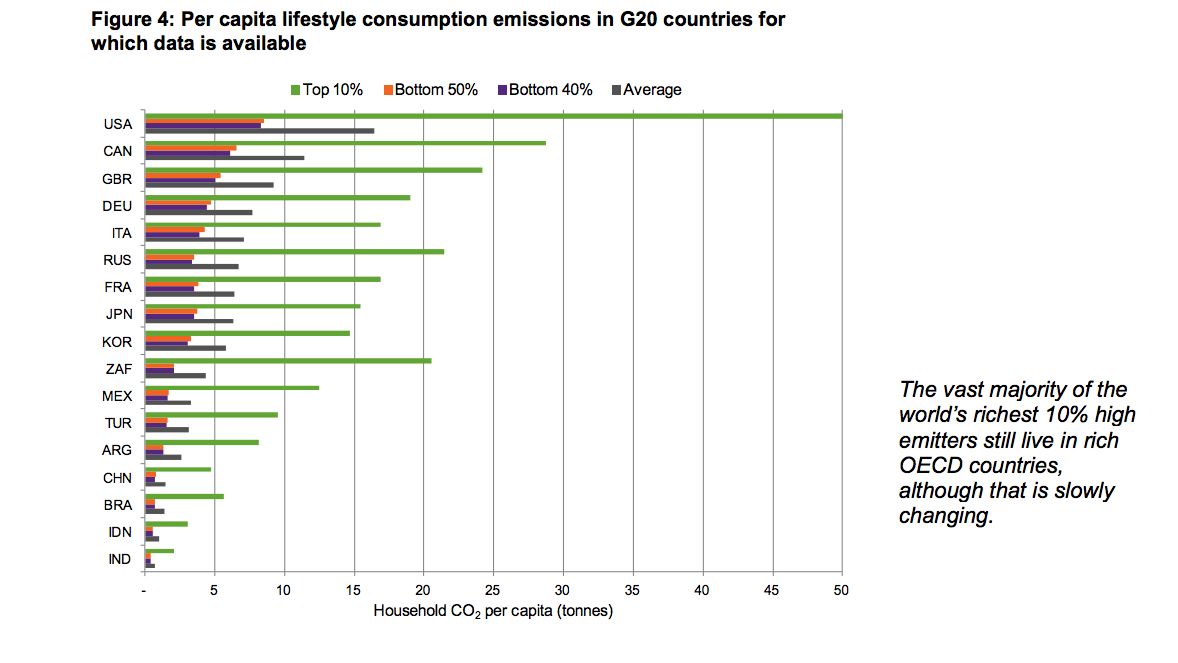 The whole report is truly a goldmine (pun intended) of factoids that will go over great with your most patriotic relatives at the dinner table. Here’s a sampling:

So while it’s great that those tech billionaires are now throwing money at climate change, we’re still in quite a pickle. We basically have to beg developing countries to help us mitigate the effects of climate change at the expense of their own economic development, lest they unintentionally sabotage any chance we have of beating this thing.

If China and India, especially, don’t opt for a clean route to prosperity — instead of the asphalt- and soot-covered one that we paved — then the world is truly screwed. Fortunately, they do seem to be trying. And as the Oxfam report notes, the least we can do is agree to help out financially. For more on what does or doesn’t get agreed upon during these two weeks of negotiations in Paris, keep up with our coverage here.

In the meantime, have fun chatting with your relatives at dinner tonight. And don’t forget to mention how this is all capitalism’s fault.