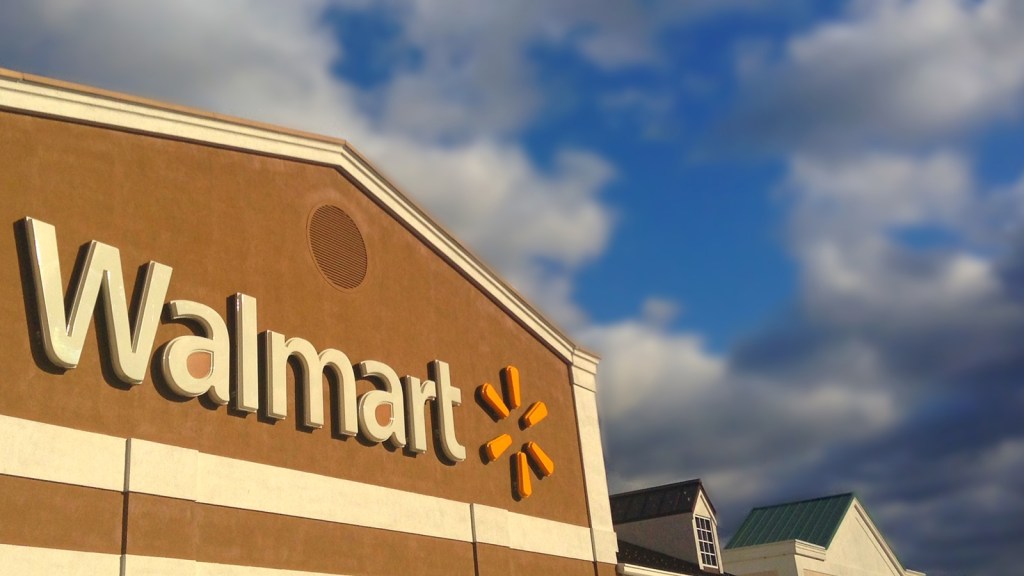 Today President Obama is speaking about clean energy and energy efficiency at a Walmart in Mountain View, Calif. Of all the places he might give a big speech on energy, a Walmart supercenter is a baffling and disconcerting choice.

Walmart — despite its skill in attracting publicity like this — is a laggard on renewable energy and one of the biggest and fastest-growing climate polluters on the planet. While many competing retailers are already running on 100 percent renewable power, Walmart’s wind and solar projects supply just 3 percent of its U.S. electricity — and that’s down from 4 percent two years ago.

As if these facts were not troubling enough, a recent academic study has documented, for the first time, how the big-box retailing revolution led by Walmart and other big chains has dramatically increased the amount of energy we’re using to schlep consumer goods across the country and into our homes. The data is downright shocking. The movement of retail goods consumes 440 percent more energy today than 40 years ago. By contrast, overall energy use in the U.S. has grown just 45 percent. Transporting stuff — shampoo, jeans, television sets — to stores and then to homes now accounts for almost 7 percent of all the energy Americans use. (And this figure doesn’t even count shipping goods from overseas — just domestic freight.)

These findings come from a study published in Environmental Science & Technology and authored by energy experts Laura Schewel of UC-Berkeley and Lee Schipper, formerly of Stanford (and now deceased). “The movement of retail goods is … a significant — but understudied — fraction of our overall energy footprint,” the authors write.

Why are we now burning so much more fossil fuel to move retail goods? There are multiple reasons, but many of the most important factors are rooted in the rise of Walmart. Aided by government subsidies and favorable zoning policies, the explosive growth of this chain and others like it has radically transformed retailing, changing both how goods are distributed and how people shop for them.

One of the biggest changes has been a sharp increase in the number of miles Americans drive for shopping. Growth in shopping-related driving has far outpaced increases in driving for all other purposes. “The retail industry has consolidated, going from about nine stores per thousand residents in 1970 to less than four per thousand residents in 2009,” the study explains. “This phenomenon … began with the rise of the department store and concluded with the widespread presence of Big Box retail.” Fewer stores per capita means most people have to drive a little further to get what they need. U.S. households now log an average of 2,200 miles more a year to shop than they did in 1969.

Another big change has to do with how much further our stuff is trucked within the U.S. The growth in “stuff miles” is likely a result of the fact that Walmart and other large chains have driven manufacturing overseas. “Imported goods arrive in the U.S. at ports, which may be further from their final destination than were the domestic production facilities of earlier decades,” the study notes.

Some 40 percent of the goods that arrive by ship in Southern California, where Walmart is by far the largest importer, are bound for stores east of the Rocky Mountains. Thanks to the deregulation of trucking and the just-in-time delivery model Walmart pioneered, most of these goods will be shipped by truck, rather than train, even though rail is far less energy-intensive.

Adding solar panels to some of its stores by no means makes up for all the ways Walmart, together with Target and other big chains, has made and is still making retailing far more polluting than it once was. Nor does it make Walmart’s planned expansion — it wants to build hundreds of new stores in the next year alone with the aim of squeezing out smaller competitors and growing its market share — anything but a very bad idea for the planet.

Alongside the good policies on solar power and energy efficiency that President Obama is announcing today, he should add a few more. We need to get rid of tax loopholes and hidden subsidies for Walmart, and stop allowing land to be consumed for sprawling retail development. Instead we need policies that support local economies and spur the regeneration of neighborhood businesses that source some of their goods regionally and enable residents to walk or bike for their daily errands.

Correction: This post originally said Walmart’s greenhouse gas emissions rose by 500 million tonnes last year; in fact, it was 500,000 tonnes. We apologize for the mistake.

Also check out: Walmart’s greenwash: Why the retail giant is still unsustainable