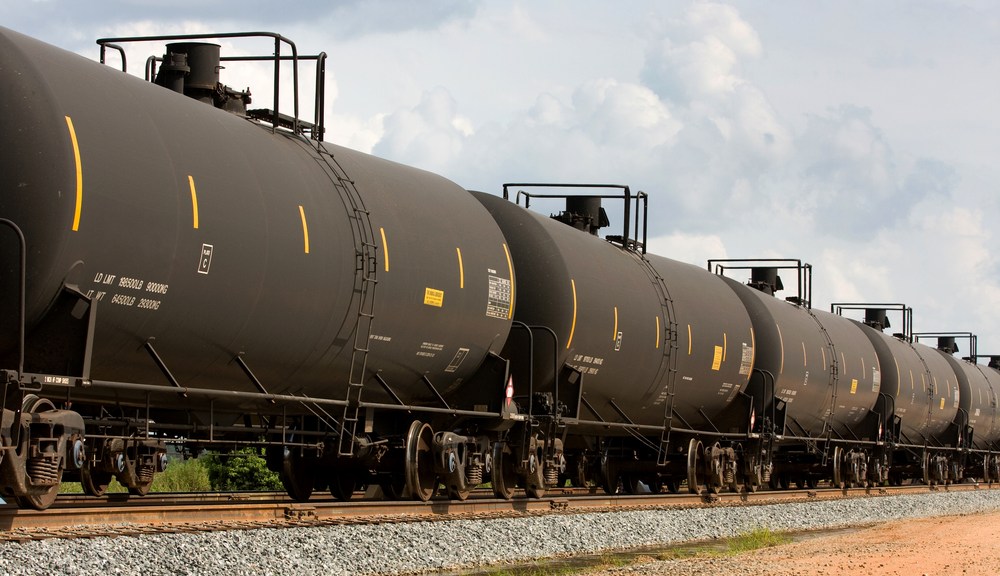 Don't like pipelines? Get ready for rail.
Exploding trains

People — including me — have written a good amount already about how trains have been exploding lately. In 2008, 9,500 carloads of crude oil were shipped by train in the U.S.; in 2012, that number was 234,000 carloads. The oil is packed into freight cars that date back to the 1960s and that normally carry payloads like corn syrup, then shipped along aging freight infrastructure. When the trains fail, they fail hard, and because freight lines were built to run through cities, rather than around them, they fail around people. Lac-Mégantic, Quebec, the Alabama wetlands, and eastern North Dakota are just a few instances of this species of disaster.

Most of the ink that’s been spilled over the oil-by-rail shipping boom has dealt with the very understandable question of “How did this happen?” Some blame the fight against Keystone XL — the companies getting crude out of the Alberta tar sands had scaled their oil operations up in anticipation of having a pipeline, and had to get it to market somehow. Others say that we’re drilling for oil in so many places — like North Dakota’s Bakken Shale — that a boom in oil-by-rail would have happened anyway, pipelines or no pipelines.

The most interesting thing about a recent article by Natasha Khan, published in the Pennsylvania-based investigative journalism nonprofit Public Source, is that it gets past the “How did all these exploding trains happen?” question and into “How is this awful situation going to improve? How soon before we learn, as a nation, how to not explode so many trains?”

For one thing, if you’re a concerned citizen, it’s hard to tell if a train full of explosive crude is moving through your community — or any other community you happen to be concerned about. Railway officials aren’t required to disclose the routes that hazardous materials travel, and so they don’t. The secrecy is for security reasons, they say. They do, however, seem to share that information with state officials, who sometimes share it with reporters, which is how Kahn learned that there were indeed trains full of the particularly explosive Bakken crude going through Pittsburgh, Penn., and that she could expect a lot more trains when a new crude oil terminal opened in Eddystone, Penn., at the end of April.

For another: The railroads’ regulatory structure doesn’t make safety decisions quickly. The National Transportation Safety Board (NTSB) is one of the groups that has called for new regulations, specifically concerning the  DOT-111s, those ’60s-era tanker cars that Fred Millar, a Washington, D.C., consultant to the rail industry, describes in the article as “Pepsi cans on wheels.”  The Association of American Railroads estimates that, out of the 92,000 DOT-111 tank cars currently used to transport hazardous chemicals, more than 75,000 of them will need to be retrofitted, or even phased out. But the NTSB only investigates rail accidents — it doesn’t regulate.

The U.S. Department of Transportation’s Pipeline and Hazardous Materials Safety Administration (PHMSA) is in charge of  the actual regulating. PHMSA says that it’s busy analyzing all of the comments that it’s received on how to improve its safety rules, and that it won’t be able to make any changes until early 2015.

Understandably, PHMSA has been getting some flak over this, notably from a Senate panel earlier this month, where Sen. Richard Blumenthal (D-Conn.) told PHMSA reps that  he was “disappointed and disturbed by some of the delays and failures in rulemaking and scrutiny.”

Kahn doesn’t get into it in her article, but PHMSA has a bit of a past, especially when it comes to the “safety” part of their acronym. Two years ago, the Office of the Inspector General found that PHMSA had misused the money that it had been given to manage emergency preparedness for hazardous materials. The agency also has a track record of withholding public records like safety inspection reports, even from direct requests under the Freedom of Information Act.

Which means that right now, there’s not much going on to prevent more accidents and spills. State agencies do their best to follow and enforce safety regulations that already exist: They step up the inspection of their own rail lines and train their own disaster response crews in potential oil-by-rail accidents. In the absence of a clear regulatory structure, cities that feel they are at risk are casting about for any way to stop the trains moving through their borders.

Earlier this week, on March 25, Richmond, Calif., passed a unanimous resolution directing a laundry list of local politicians and agencies to look into how to keep Bakken crude out of Northern California until new regulations are issued. The city council had recently learned that large quantities of it were being shipped from North Dakota to a Kinder Morgan oil terminal in the city.

Will local activism be able to put enough pressure on PHMSA to speed up the regulatory process? Hard to say for sure — but for now, the forecast includes more exploding trains.