Willie, Neil, we love you -- but here's who we really want to see play a green benefit 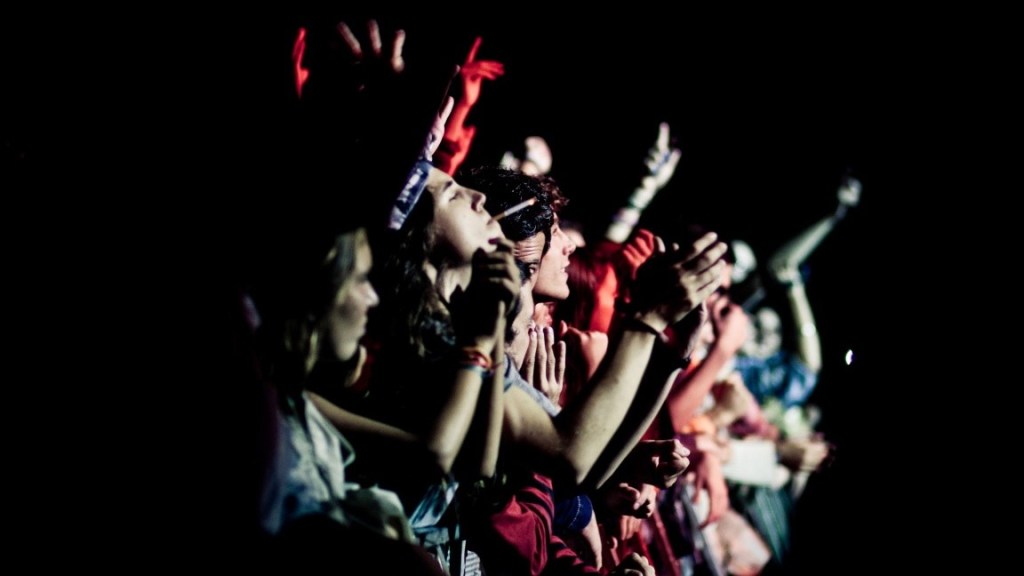 Willie, Neil, we love you — but here’s who we really want to see play a green benefit

Do you have plans on September 27th? No? Good: There’s a benefit concert to raise money for groups opposing the Keystone XL pipeline — sick, right? Okay, here are the details:

Location: A farm outside of Neligh, Neb.

Headliners: Willie Nelson and Neil Younzzzzzzz … shit, sorry! Dozed off there for a second.

Here’s the thing — Keystone XL, like so many other green issues, is poised to have a huge impact on millions and millions of people. And — again, like so many other green issues — it’s kind of hard to grab the attention of people outside of the enviro choir with a second encore of “After the Gold Rush” performed literally in the middle of a cornfield. (No offense to the hallowed discography of Mr. Young. My friends’ parents love you!)

Young people carry the potential to have a significant voice in climate decisions going forward. There are more 23-year-olds than any other age in the country right now. To put that in perspective: The majority age group couldn’t legally buy Four Loko when it still had caffeine in it. If you want to have a benefit concert to raise awareness of a big environmental issue, maybe it’s time to think about some artists who don’t have a fan base that shares an average age with the AARP member base.

Henceforth, some of our recommendations for a green benefit concert we’d actually want to go to — and we hope you would, too!

1. NIKKI LANE As a major site for Big Oil rigs, fracking developments, and Big Ag alike, America’s heartland is seriously at risk in our climate future. If we’re choosing someone as an ambassador for our heartland (read: country music), we’re going with an outlaw like Nikki Lane. Once the temperature notches up a bit, we don’t think she’d take a little street harassment lightly — and that’s a role model we can get behind.

2. A$AP FERG Guess what? Fighting corporate interests that threaten natural resources takes work. No one knows about that better than the A$AP Mob:

Something to ponder: On the “Work” remix, is French Montana’s line “Her ass fat, you can park ten Tahoes on it” subtle commentary on the American inclination to fill up available land with oversized structures and vehicles – “her” being a metaphor for the Earth, obviously? And is Schoolboy Q’s follow-up verse, “I don’t have a car/But I could buy one every week” a declaration against that kind of climate-unfriendly consumerism? For our purposes here: Yes.

3. PITBULL Who has greater mass appeal than Mr. Worldwide himself? Pitbull’s one-word catchphrase, dale (translation: “let’s go”) has been lauded as a way of life. Can we apply that same spirit to fighting climate change? Honestly, we kind of have to.

4. ANGEL OLSEN Let’s consider the title of Angel Olsen’s haunting breakout album, Burn Your Fire for No Witness. Is it a metaphor for oil trains exploding into flames in barren winter landscapes? Why the hell not! And in times of bad news heaped upon worse news, we can absolutely get behind the sentiment of its opening track title, “Unfucktheworld.”

5. CONOR OBERST Nebraska is a pretty crucial battleground for the war on Keystone XL, so why not feature the state’s most famous bag of feelings? Oberst, who’s in the midst of a comeback, is known for lyrics that are equal parts cryptic and overwrought, which makes us wonder: Is “The Calendar Hung Itself” a subliminal message about the newfound unpredictability of seasonal patterns as the planet gets warmer? Your call:

(DISCLAIMER: If listening to this song induces a relapse into the emotional pit of your sophomore year of high school, our lawyers say we’re not responsible.)

6. FKA TWIGS Since CFCs have eroded the ozone layer, we have to put up with more intense ultraviolet rays from the sun. (Take it from someone who’s photosensitive, and don’t image search that.) FKA twigs is raising awareness of this important atmospheric transformation. Bonus: She also makes incredible music, if R&B-done-by-wood-nymphs is your thing.

7. ST. VINCENT “Digital Witness,” off the songstress’ fourth and most recent album, takes some shots at the Twitstabook culture that’s taken such a prominent place in modern-day activism. Also, since Annie Clark is clearly a space angel from Mars, we’re going to need her on our side if we do actually have to abandon Earth and colonize a new planet.

8. RiFF RAFF Why are we choosing someone who has openly declared he “doesn’t give a fuck” about global warming? Well, first of all, we’re hoping he can be converted. Second of all, Riff Raff is nothing if not a man of contradictions and ever-evolving opinions, so I’m still personally waiting for confirmation that his hit “Lava Glaciers” with Childish Gambino isn’t some sort of (extremely) perplexing commentary on changing ecosystems.

9. KENDRICK LAMAR If you want to know what it’s like to grow up as a young black man in the inner city, listening to good kid, m.A.A.d city is probably one of the most visceral ways you can do it. Since that’s exactly the demographic that needs to have a greater voice in the country’s environmental decisions, why not give top billing to Kendrick?

(Plus, he has some pretty interesting ideas for what to do with all of Calfornia’s drought-drained swimming pools.)

We made a Spotify playlist of our dream set list, so check it out:

Love this lineup? Hate it? Let us know who you’d rather see.