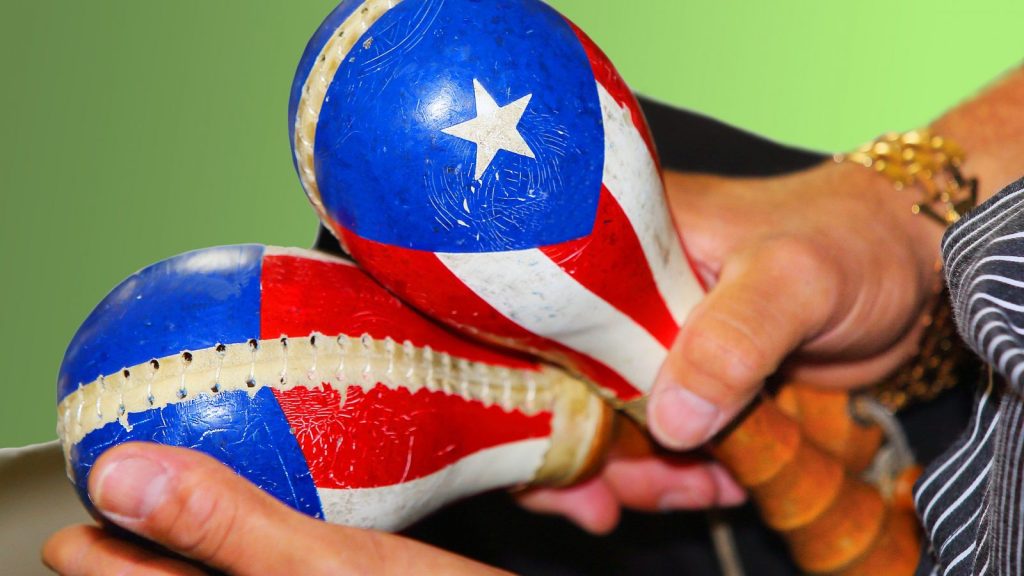 The holidays in New York City can be pretty magical, if you don’t mind the cold. The main avenues all over the city, including two near where I live, are decorated with lights and tinsel to commemorate the season. There’s even a local Santa in the Ridgewood Glendale area who drives around in a decked-out convertible blasting “O Christmas Tree” and “Jingle Bell Rock.”

American holiday music is a lot of fun, filled with bells and “tra-la-las.” “Deck the Halls” will always be one of the best holiday bops of all time. But nothing hits me in the holiday feels like the Caribbean music that my parents would play for me and my siblings around this time of year. Just like some English radio stations would start blaring “Jingle Bells” every hour on the hour, stations like 97.9 La Mega would play Christmas merengues alongside holiday remixes and more traditional medleys. I have memories of Christmas celebrations where my dad would find his wooden güiro, my aunt would take out a guitar, and I’d sit nearby shaking maracas to some of those songs.

American holiday songs tend to fall into a few categories: love songs like “Last Christmas” by WHAM, holiday decoration–themed tunes like “Silver Bells,” and of course, religious carols about Jesus’ birth. The holiday music my parents listen to falls into some of those same categories, but with a distinctly Caribbean/Latin American flair. There are songs about having too many relatives, ones about drinking too much rum, and even medleys that mention death and demons. And some songs are about the weather — not about quiet, beautiful snow, but about relentless floods and roaring hurricanes.

The medleys I listened to growing up often included a song, “Yo Me Tomo El Ron,” about torrential rain in Bayamon, a municipality in Puerto Rico. The rhyme-filled song is kind of a big joke — it’s about how it rains so much that the clothing hung outside won’t dry and the nearby rivers are always swelling. It’s also technically about rum and beer, which is to be expected for this genre.

“Yo me tomo el ron, la cerveza fría, porque en Bayamón, mon, llueve to´ los días,” the lyrics go. “I drink rum, and cold beer, because in Bayamón, mon, it rains every day.”

The song reminds me of a few months I spent with family in the Caribbean as a preteen during the rainy season, which spans most of the summer and fall. It poured every day, and sometimes twice a day, in my mom’s hometown in the Dominican Republic. And the song was right: Some of the streets looked like small streams, and my clothes never dried.

The song “Temporal,” which is in some of the holiday medleys, describes what it’s like for a town to prepare for an incoming hurricane. (Temporal means seasonal, but also refers to the hurricane season, which lasts from June to early December.) It mentions a dark ominous sky and laments the crops that will be lost once the storm hits. The song also describes how the people of the town have gathered together in a secure place, full of anxiety as they wait out the storm.

I started listening to the song again late this summer, when it became clear that the Atlantic was having an extremely active hurricane season — in fact, this season broke several records. Over the years, I’ve seen several mentions of it on social media when major hurricanes struck the Caribbean, especially after Hurricane Maria in 2017.

I asked my mom why death and catastrophic weather show up so often in the holiday tunes my family loves. “Death happens, and hurricanes happen,” she told me. “You could die at any time — even after Christmas, or even right before Christmas. So why not celebrate while remembering that everything ends?”

She doesn’t see that as morbid, but as realistic: Deadly hurricanes are a fact of life in the Caribbean. My mom isn’t afraid of storms or mortality, and she thinks talking and singing about them — yes, even during the holidays — is better then pretending that things are OK. Not everything is perfect during “the most wonderful time of year,” especially during a global pandemic. The holidays are a time to joyfully sing along to the songs you grew up with, while recognizing that there are real problems to consider, both now and once the new year begins. The holiday music of my childhood taught me as much.