Why is recycling so confusing? You can blame Big Oil 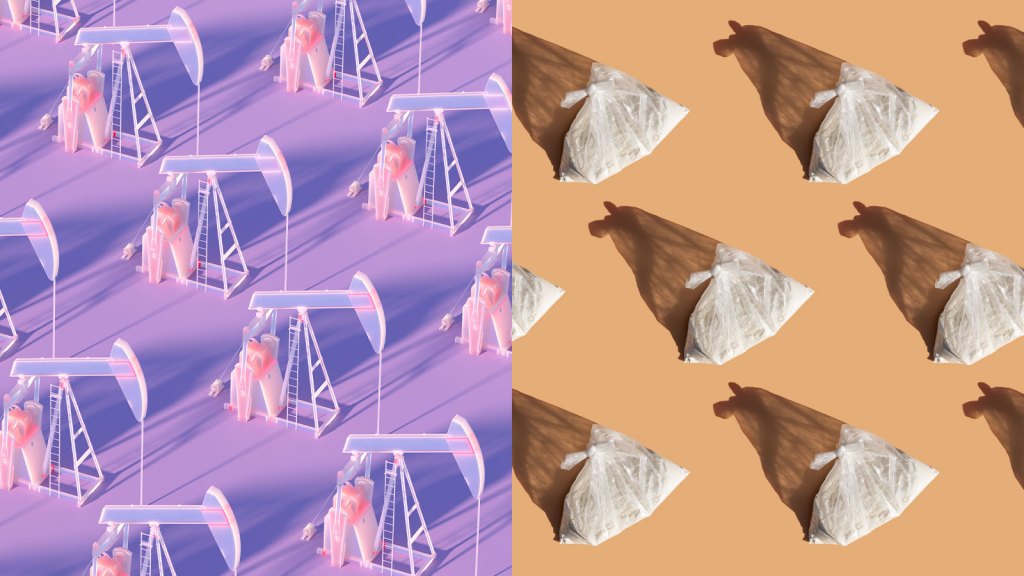 Why is recycling so confusing? You can blame Big Oil

It turns out that the reason there’s so much plastic shit in the ocean isn’t that you haven’t bought a metal straw yet (me either). NPR and PBS Frontline published a bombshell investigation on Friday about how oil and gas executives knowingly pushed the illusion that comprehensive plastic recycling is a viable practice — with no actual intention of making it that way — all in the interest of getting consumers to buy more single-use plastic materials.

The lie, which the plastics industry has spent many millions of dollars and decades promoting, goes all the way down to that extremely pesky “recyclable” symbol! It really is meaningless!

Industry documents from this time show that … starting in 1989, oil and plastics executives began a quiet campaign to lobby almost 40 states to mandate that the symbol appear on all plastic — even if there was no way to economically recycle it. Some environmentalists also supported the symbol, thinking it would help separate plastic.

Smith said what it did was make all plastic look recyclable. ‘The consumers were confused,’ Smith says. ‘It totally undermined our credibility, undermined what we knew was the truth in our community, not the truth from a lobbying group out of D.C.’

Consumer confusion was a key part of the plastic industry’s strategy, according to the report. And putting the onus of pollution on consumers rather than industry continues apace with newfound BP-sponsored interest in individuals’ carbon footprints, for example.

Plastics, despite being fossil fuel-based products, have been mostly relegated to the “pollution” category of environmental issues, rather than demonized for their contribution to greenhouse gas emissions. But as Rebecca Leber for Mother Jones reported this spring, the oil and gas industry, threatened by the growing competitiveness of alternative energy, has been putting more and more proverbial eggs in the plastics basket for some time now. That’s in spite of polyethylene — a fundamental component of a lot of plastics, particularly in packaging, that’s made from a byproduct of the fracking process — becoming so cheap that major investment banks have warned about an industry collapse.

Paper, glass, metal, and even some plastic recycling are all still quite viable, so don’t throw your trash sorter on a rage bonfire just yet. In the meantime, there are currently two opposing bills floating around Congress with the intent of addressing plastic pollution. The “Break Free of Plastic Pollution” Act, sponsored by New Mexico Sen. Tom Udall and California Rep. Alan Lowenthal, includes a temporary moratorium on all new plastic manufacturing. The other one, the RECOVER Act, requests funding for improved recycling infrastructure.

Guess which one of them has the backing of the plastics industry?

*Correction: An earlier version of this post incorrectly identified the state that Senator Tom Udall represents in Congress.