I gave up my iPhone for a week, and my life didn't end 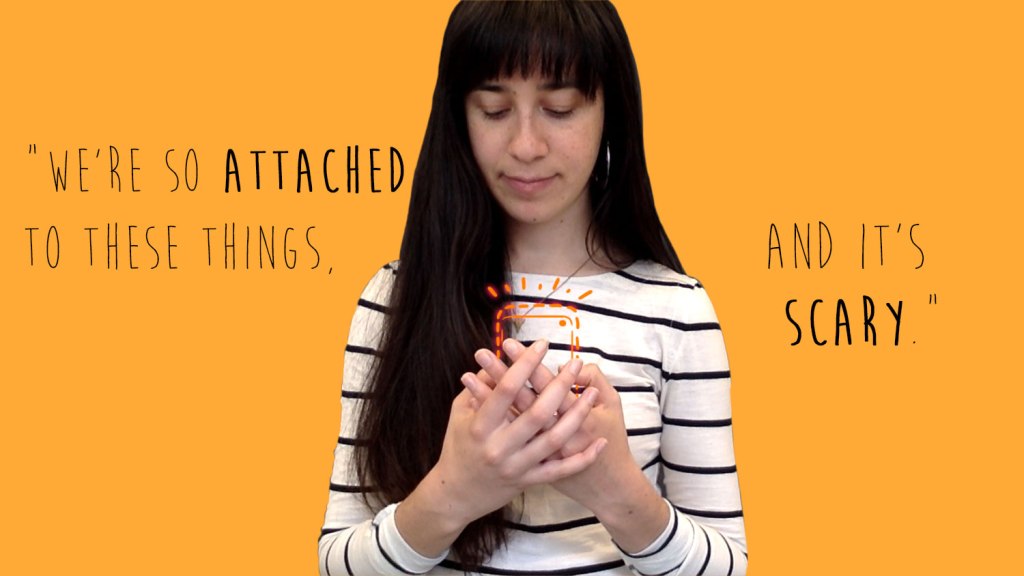 I gave up my iPhone for a week, and my life didn’t end

When I called my mother to tell her I was putting away my iPhone for a week and she wouldn’t be able to call me, she asked why. Sometimes the woman who gave me half my genes says things that sound like they were borne from some bizarre, inaccessible plane of reality, and sometimes she says things that are so spot-on, I start to suspect she’s taken up residence in my brain. When I told her I felt I needed to separate myself from this little glowing, vibrating device, her response fell under the latter category.

“We’re so attached to these things, and it’s scary,” she said. “But it makes total sense — it’s an object that’s full of the sounds, images, and words of all the people you love.”

Quite a nice idea, until you realize that the object in question is ultimately no more than a profit-driver for a massive international corporation.

I got my first iPhone, semi-reluctantly, at the end of 2011 — relatively late in the game, at least compared to most of my friends — and in the past three and a half years it’s become such an inextricable part of my day-to-day that I start to feel twitchy if it’s not in sight. This was celebrated, nauseatingly so, in Apple’s most recent conference announcing the Apple Watch, otherwise known as yet another device to absorb an alarming proportion of your time and attention.

Nancy Cheever, co-founder of the George Marsh Applied Cognition Laboratory at California State University-Dominguez Hills, studies the psychology of our interactions with technology. I talked to Cheever about how smartphones have changed how we interact with our environments — and each other.

“When the technology first came out, it was exciting — people were able to connect to others and it was great. [But] slowly — and the research backs this up — people are spending a lot more time with their devices than they are with the natural world and face-to-face with other people,” she told me over the phone. And it’s actually affecting how we experience the world around us.

“The wonder of real life is kind of mapped by the artificiality of what’s behind the screen. We’ve conditioned people to look at artificial pictures, Photoshopped pictures, and they get a feeling from that, which is taking the place of that wonder and awe that we used to have about the natural world.”

Cheever and her colleagues recently published a study in which the subjects, when they had their phones taken away from them, experienced mounting symptoms of separation anxiety — of the sort that young children feel when distanced from their parents.

According to Cheever, there are plenty of reasons why we’re so attached to our phones — the instant gratification chemical response that we get from push notifications, and the larger, attendant confirmation that we are being loved and noticed: “Everybody wants approval — everybody wants to be recognized. You can post something and others like it or make positive comments, and that makes us feel good.” Getting accustomed to that multiple-times-an-hour affirmation and validation can result in real anxiety when it’s taken away.

After witnessing an auditorium full of self-satisfied white dudes gleefully applaud a shiny new thing that you can strap to your body and stare at for hours, I decided to one-up my flip-phone’d colleagues and swear off my phone entirely for a week. I will be a better person during this great week, I told myself. I will accomplish massive amounts of things. I will read 20 books. I will have a wildly enviable social life and forge meaningful relationships with all of the people around me.

I mean, none of that happened. But there were some marked improvements!

For example, in the time that I would have spent sprawled on the couch scrolling through Twitter and hating myself, I made very fancy salads for lunch.

“That looks like a really good salad,” my phone-slave co-workers said.

“I know,” I replied. “It’s because I’m doing a phone cleanse right now, so I have all this time to make anchovy paste and toast croutons.”

I went to a party where I didn’t know many people, and did not pretend to wait a really long time to get a drink at the bar while actually texting my friends Drake lyric haikus. I had hour-long conversations with humans without once looking at a screen. I went to a show where every single band, from start to finish, had my undivided attention. (This was both a good and bad thing.)

I spent an afternoon lying under birch trees in my backyard in the sun and did not feel compelled to put any evidence of it on Instagram, which was truly delightful.

Counterintuitively, I felt less anxious — and it was a more general, overarching calm than not having to worry if I had to make plans with anyone, or if I was missing something fun. One evening, a friend showed up 15 minutes late to dinner, apologizing for not accounting for traffic.

“It’s fine! A few months ago, if this had happened I would have assumed you were dead. I wasn’t even worried!”

“Huh,” he said, kindly pretending that this was normal.

And then, on Thursday morning, I turned my phone back on and life was pretty much the same, except now I could listen to “No Type” on repeat on the bus, as I am wont to do, and also apply lipstick using my iPhone camera, which has been my preferred method since losing my hand mirror two years ago. And, most importantly, freely communicate with all the people I love — which is terrific!

Did the iPhone cleanse change my life? No. Was it difficult? Not remotely. Was life sans iPhone noticeably improved in a number of ways? Yes!

But more importantly, I really did feel — even slightly, but that’s enough! — more engaged in my life. I live in an achingly, upsettingly beautiful place that I all too seldom appreciate, and I’m lucky enough to be surrounded by wonderful people pretty much all the time. Why would I spend so many hours of the day trapped in an endless, mindless scroll cycle? It makes no sense.

Try giving up your smartphone for a week. Or don’t — who cares! It’s your life! But an ultimately small change that will make your day-to-day even a bit more enjoyable seems, to me, worth trying out. I promise that all the people you love will still be there when you come back.