As “National Invasive Species Awareness Week” comes to a close, we bring you the last of our four invasive species interviews. In it, the Asian Cogongrass (Imperata cylindrica), a highly flammable weed spreading through the southeastern U.S., asks us to consider some tough questions: What does it mean to be invasive? Aren’t we all just living things trying to make it in this big crazy world? 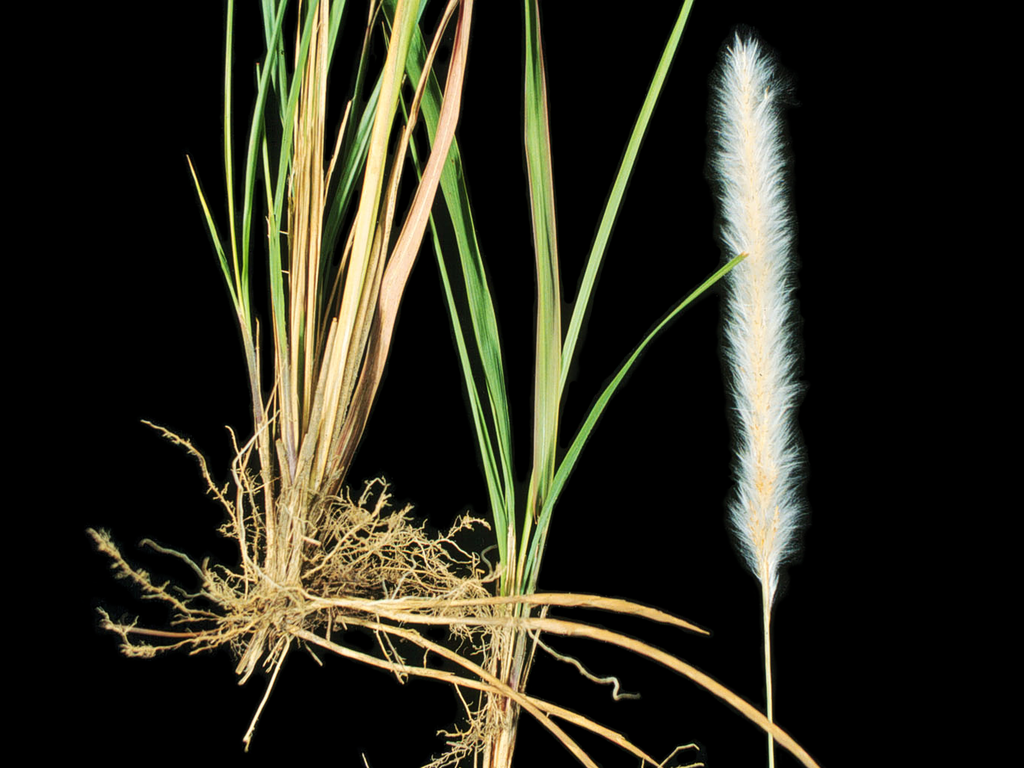 Q. So Cogongrass — am I pronouncing that right?

A. Close enough. Most people just call me Bloodgrass.

A. Do you partake?

Q. Excuse me? Oh. No, thank you. Gotta stay professional.

A. Right. Of course. Just let me know if you change your mind.

Q. I will. Thanks. And you should feel free to, you know …

A. Don’t mind if I do (lights up). So what is it you wanted to talk to me about?

Q. I’ve been interviewing a number of invasive species these past few day in recognition of National Invasive Species Awareness Week. You guys always get cast as villains because of your effects on biodiversity, local economies, etc., so we here at Grist decided to give you a chance to defend yourselves.

Q. And who knows. Maybe it turns out you guys are great, and we all live happily ever after!

A. Totally. Totally. You know, I’ve never really considered myself an invasive species. Living things are constantly moving and ecosystems are constantly changing. It’s just the way the world works, you know? Everything’s in flux. I mean, when you think about it, what does it even mean to be an invasive species? What makes your species belong here any more than mine? Have you ever looked at your hand — I mean really, really looked at it?

Q. Well, you’ve only been here for about 100 years. We brought you over from Asia accidentally at first as packing material and then intentionally as a foraging crop for livestock and for soil erosion control. Now, you’re all over the southeastern United States, taking over and outcompeting native plant species. You’ve, you know, invaded.

A. Come on! Are you even listening to yourself, man? You guys are the ones who brought us here in the first place, and now that we’re making ourselves at home, you’re completely freaking out. It’s like you think we’re going to take over the entire country or something. I mean, sure, climate change might open up some states farther north like Kentucky and Virginia, but barring an evolutionary adaptation, it’s not like we’re about to move someplace super cold like Massachusetts.

Q. That’s a fair point. We did bring you here. It’s just that wherever you go, native species seem to move out.

A. Listen, the only thing we’ve ever been guilty of is tolerance. Wetlands, dry lands, clay soil, sandy soil, shade, sunshine — we’re happy anywhere. I mean, except places that have winter, because brrr! (laughs). No, but seriously — if other species don’t like being around us or would prefer not to share resources, it’s unfortunate, but it’s not something we have control over.

Q. How do you feel about the government’s attempts to control you?

A. Ridiculous. It’s just ridiculous. The government still classifies us as a noxious weed. Can you believe that? I mean, we’re already all over the south between Florida and Texas, and I don’t see those states imploding. Do you? Do you see anarchy and chaos in the streets? No. You don’t. The government is in denial if it thinks classifying us as some big scary weed is going to stop us. And the fact of the matter is, it doesn’t need to stop us, because, as I said, it’s not like we’re destroying the country or anything. I mean, did you know that the feds spend millions of dollars every year trying to kill us with herbicides? Millions! What a waste. It blows my mind, you know? How about we put that money into, I don’t know, the education system? Maybe the country’s crumbling infrastructure? What about putting it toward scientific research to combat climate ch — er, never mind. Anyway, there are a lot of other things we could be spending that money on.

Q. Right. Well, you definitely make some interesting points. Thank you so much for your time.

A.Of course! I’m always down to jam on this kind of stuff, you know? It’s like, if we don’t ask these questions, who will? Do you wanna like, order a pizza or something?