No, the fight over Planned Parenthood is not over 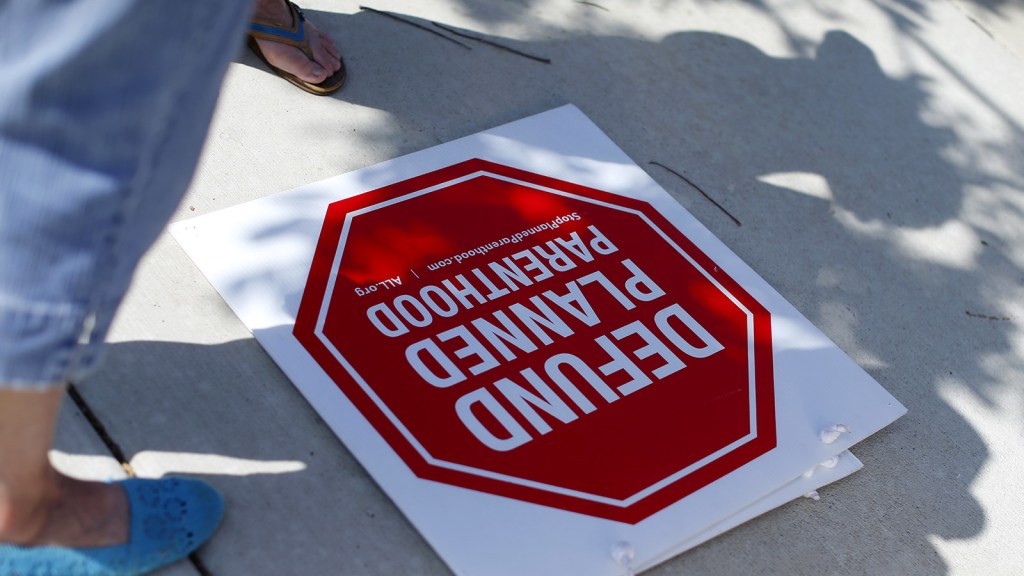 Protesters stand on a sidewalk outside a Planned Parenthood clinic in Vista, Calif., on August 3, 2015. Reuters / Mike Blake
Living

No, the fight over Planned Parenthood is not over

On Monday, the Senate — by a margin of seven votes — voted down the Sen. Jodi Ernst (R-Iowa)-sponsored bill that would eliminate federal funding for Planned Parenthood. Fifty-three senators voted in favor of said bill, with 46 voting against it, which failed to meet the 60-vote majority required for the bill to avoid a filibuster. On one hand, great — the bill didn’t pass, as was expected! But on the other hand, more than half of our elected officials in the Senate don’t believe that Planned Parenthood, an indispensable institution for national public health, deserves public funding. As a result, this issue is certainly going to come up again this fall, when it’s time for the government spending bill to pass.

Planned Parenthood is under attack on a state level, too: After the Senate GOP loss, Louisiana Gov. Bobby Jindal (R) announced that the state would immediately terminate its Medicaid contract with Planned Parenthood, effectively cutting off access to services for 4,300 low-income, uninsured clients. Louisiana is already the not-so-proud mother of some of the worst reproductive health statistics in the country.

To review, this whole mess is spurred by one extremist organization releasing intentionally misleading and inaccurate videos on Planned Parenthood activities surrounding abortion — which, for the record, only make up 3 percent of the organization’s services and have not been federally funded since 1976.

A very brief rundown of the public health good that Planned Parenthood provides: The organization serves 37 percent of all clients who rely on Title X-funded health centers and offers contraceptive care that prevents over 500,000 unintended pregnancies annually. And overwhelmingly, the women and men who depend on Planned Parenthood are low-income and, without its services, would be left without access to necessary procedures like Pap smears, STD testing, and breast, ovarian, and uterine cancer screenings.

Ongoing threats to defund and destroy Planned Parenthood, and publicly funded family planning organizations like it, are more than just large-scale acts of aggression on women. They are direct attacks on a very specific segment of women — those who are poor, or undocumented, or very young. They are those who, quite literally, have nowhere else to go.

It’s 2015, and the United States is still torn in two over a woman’s right to control her reproductive health. If you’d like to go ahead and cryogenically freeze yourself to get away from this absurd saga, don’t bother — I’m willing to bet, based on history, that we’ll still be in the same spot in 50 or 100 years. That is, if we’re not all underwater or on fire by then.