Turn your last-minute Halloween costume into an environmental statement 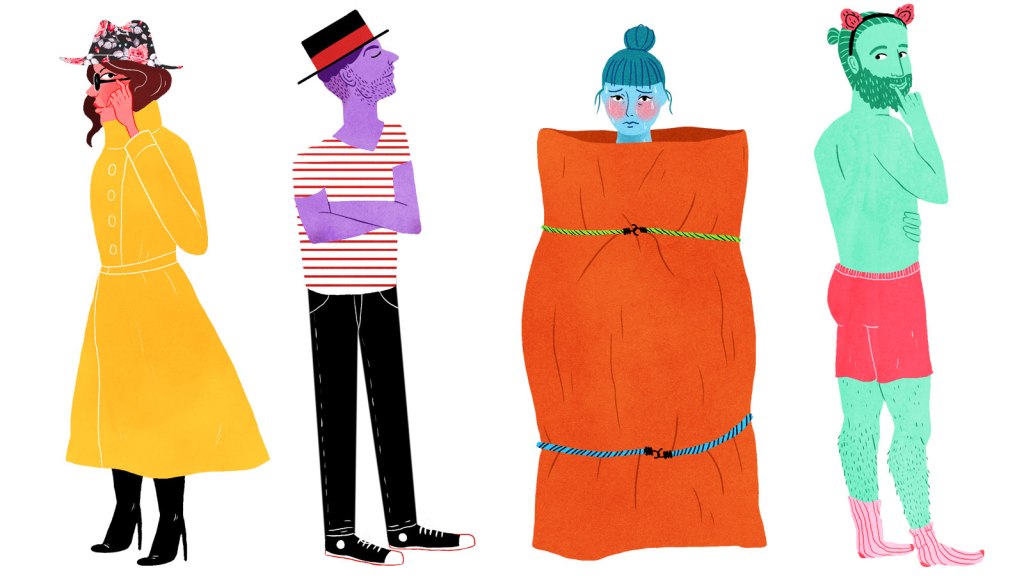 Turn your last-minute Halloween costume into an environmental statement

Halloween is here, my friends, and that only means one thing: You should feel anxious and underprepared for the night-long contest of “Who has the best, smartest, funniest, most attractive, most culturally savvy, most of-the-moment costume in the room?”

Now that we live in the Twitterpocene era, you need to be thinking about yet another factor: What is the larger message that your outfit is sending? If your artfully glitter-glued pants don’t have a clearly defined political stance, you might as well not go out at all. You don’t want to look like some sort of vacant bonehead.

But there’s only so much pressure that one outfit can handle, which is why we at Grist would like to ease your mind with a formal recommendation: Stick with the most cliché, basic, low-maintenance costume possible — but wow your fellow partygoers with the subtle genius of its environmental message! Here are some ideas:

The spy costume is foolproof. You can take two approaches: That of an actually effective spy (dress as boringly and inconspicuously as possible), or that of a ridiculous spy who would be discovered and murdered immediately (put on some combination of trenchcoat, sunglasses, and fedora and wear them all indoors). Both are very, very easy.

Now, here is a sample conversation you might have with a new friend:

“Joke’s on you, sir. Did you know that climate change could pose a severe threat to national security, and my extremely thoughtful costume is a reference to future demand for CIA intelligence?”

Many people think that this costume idea makes them look bohemian and cultured — oh, this old boater’s hat? I just found it draped over my typewriter! — but, sadly, many people are morons. All you need for this costume is a striped shirt and something dumb and provincial to put on your head — who really knows or cares what hats gondoliers wear, anyway? Offensively easy.

“Not only is your cultural insensitivity appalling, but you also appear ignorant to the fact that rising sea levels will cause streets outside of Venice — WHERE I HAVE DEFINITELY BEEN AND SPENT LOTS OF TIME ANALYZING POETRY AND CONTEMPLATING ART — to flood regularly and excessively, requiring professional canoe-paddlers like myself to replace cab drivers everywhere.”

This costume is very simple. You simply wrap yourself in a blanket, and — ta-da! — you’re a delicious Mexican treat. It’s kind of hard to be mobile this way, but hey — sacrifices.

“I may need you to literally carry me to a cab when we finish this conversation. But that’s part of the symbolism here: I’m reminding us all that while it’s admirable that large corporations like Chipotle — the international burrito peddler — are sourcing from more sustainable farms, we’ve still got a looooong way to go when it comes to fixing our food system! Also, never trust corporations.”

Rabbit? Mouse? Gerbil? Capybara? Who cares! All you need is lingerie and animal ears and you’re set. This sorority girl standby is as dependable as it is seasonally inappropriate.

Congratulations! You are now the smuggest and, consequently, most fun person at your Halloween party.

Grist does not accept candy corn as a thank-you gift.