The Resistance to Trump is real, and it's been busy 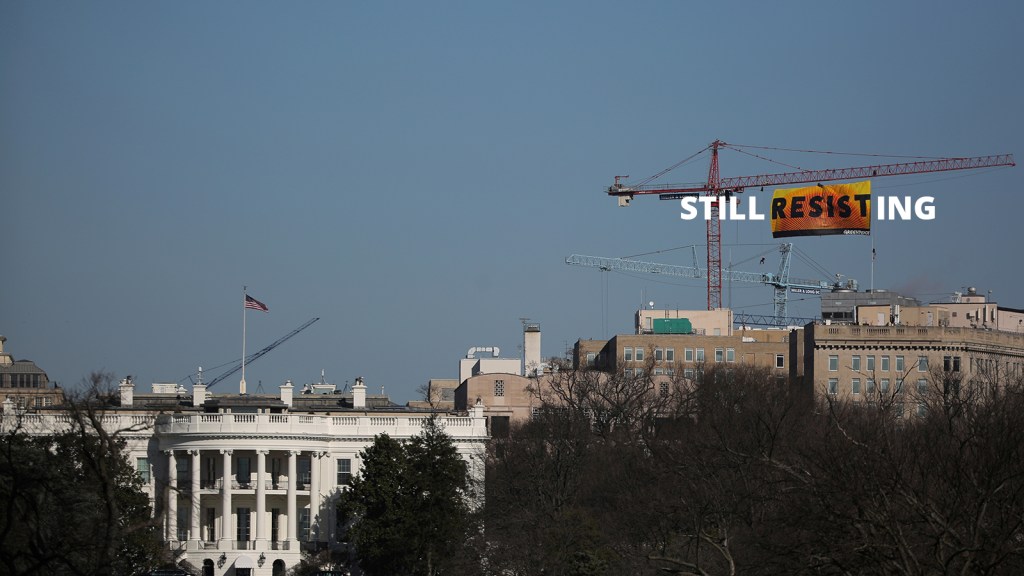 The Resistance to Trump is real, and it’s been busy

Last week, Greenpeace activists strung a “Resist” banner from a construction crane towering over the White House. The message was clear: Anyone who cares about climate change, clean water, or human rights needs to do something to show that to the current administration. In the two weeks since the inauguration, countless people have been doing exactly that and jumping on board with what’s being called “The Resistance.”

As a companion piece to our rage-inducing Trump Tracker, here’s a look at how that movement has been fighting back.

Forget everything you know about scientists being meek, passive types. This week, the organizers of the March for Science — a demonstration to show Trump and his pals exactly how foolish their efforts to muzzle scientific research are — put a date on the event: April 22 (yep, Earth Day) in Washington, D.C.

And in protest of Trump’s immigration ban, thousands of scientists have announced a boycott of academic journals and conferences across the country, noting the hypocrisy of “the intellectual integrity of these spaces and the dialogues they are designed to encourage while Muslim colleagues are explicitly excluded from them.”

On the topic of that immigration ban, you likely saw thousands of Americans turn out at airports around the country to protest the detention of travelers, immigrants, and refugees from seven Islamic countries. And it wasn’t just in cities like New York, Los Angeles, and Chicago. Even in the Appalachian heartland, protesters showed up to denounce Trump’s order:

And on Thursday, over 1,000 Yemeni bodega owners across New York City shut down their businesses to protest the ban.

On Wednesday, the Natural Resources Defense Council filed its first lawsuit against the Trump administration. The grounds? That the White House demanded the EPA withdraw a rule protecting waterways from mercury contamination — a rule, by the way, that pretty much no one opposes.

It turns out that you actually can influence corporations by denying them your cash. Last weekend, a #DeleteUber campaign took off: While New York cab drivers were striking at JFK airport to protest Trump’s travel ban, Uber decided to ditch surge pricing. Suspicious timing? Yep — customers quickly saw this seemingly benevolent gesture as an attempt to capitalize on the taxi drivers’ strike.

Uber CEO Travis Kalanick’s role as a Trump advisor only compounded the customer rage, leading to a mass deletion that had, as VICE reported, “a ‘significant impact’ on the company’s U.S. business.” On Thursday, Kalanick announced his resignation from Trump’s business advisory council.

On Wednesday, the Seattle City Council unanimously voted to pull $3 billion of the city’s cash from Wells Fargo, on the basis of the bank’s role as a significant funder of the Dakota Access Pipeline. It’s the first major city do so. Meanwhile, in North Dakota, the Standing Rock Sioux announced a Native Nations March on Washington for March 10. (More on the tensions surrounding the march and protest camps here.)

Hassling your government representatives also works. Really! Last month, Utah Rep. Jason Chaffetz introduced a bill that would put would put 3.3 million acres of public lands up for sale. His constituents — particularly of the conservationist and hunter variety — got so loudly pissed off that he actually withdrew the bill on Thursday. You can’t say that angry people with guns aren’t convincing.

Want to resist? See our starter kit to being a better activist and look for more empowerment advice to come.