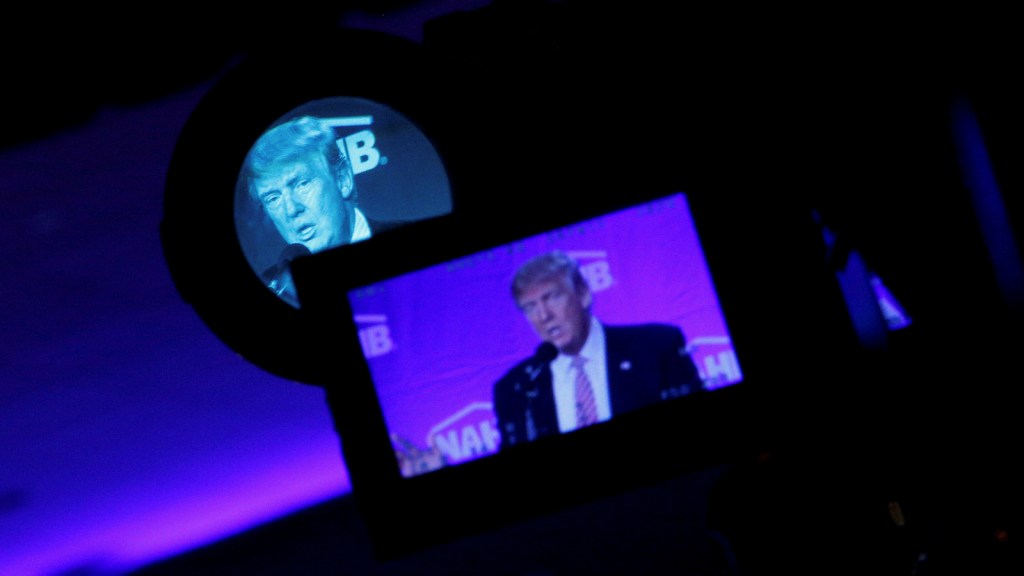 Did you miss Week One of Trump Tracker, our analysis of the new president’s environmental actions? Here it is. Now, on to Week Two:

What happened? President Trump (your correspondent still needs a stiff drink after typing that) nominated a judge to the Supreme Court — for a seat that should have gone to President Obama’s nominee, Merrick Garland. As you would expect, climate advocates and other environmentalists are alarmed at Trump’s choice: federal appeals court judge Neil Gorsuch.

Even though he has not shown a particular animosity toward environmental regulations, Gorsuch’s record indicates he is likely to be skeptical of the Clean Power Plan, the Clean Water Rule, and other environmental regs propagated under Obama. That’s because (wonkiness alert) he’s opposed to the so-called Chevron doctrine, a line of legal thinking that says courts should give federal agencies leeway to interpret laws. Many key environmental rules rely on Chevron, and if Gorsuch is on the Supreme Court, they’ll be more threatened. (Fun fact: Gorsuch’s mom tried to kneecap the EPA during the Reagan administration.)

How much does it matter? A ton. The 49-year-old Gorsuch, if confirmed by the Senate, could spend decades on the court — decades during which he would likely try to scale back and overturn environmental protections. Contrast that with Garland, who should have been seated on the court last year: Garland is committed to the Chevron doctrine and tends to defer to the EPA when it sets regulations. If Gorsuch now gets the Supreme Court seat, Americans’ health will suffer and people around the world will experience even worse effects from climate change.

Cabinet fever:
Our top diplomat is an oil mogul

What happened? The Senate on Wednesday confirmed Trump’s nominee to head the State Department, Rex Tillerson, and he was sworn in at the Oval Office. Tillerson, former CEO of oil giant ExxonMobil, got more “no” votes than any other secretary of state appointee in history, but not enough to stop him from bringing his oilman’s view to the helm of U.S. diplomacy.

The Senate also confirmed Elaine Chao as secretary of transportation. She likes fossil fuels too — so much so that she resigned from the board of Bloomberg Philanthropies after the foundation decided to ramp up its “Beyond Coal” campaign. EPA nominee Scott Pruitt — for climate hawks, the most worrying of Trump’s picks — hasn’t gotten full Senate approval yet, but Republicans did push his nomination through committee on Thursday by suspending the regular rules.

How much does it matter? Quite a bit. Trump is well on his way to getting confirmation of his full cabinet of climate deniers, and they will have a lot of power to undo environmental protections, promote fossil fuels, and stymie progress toward a cleaner, safer world.

What happened? In his first week, Trump signed a memorandum calling for the Army Corps of Engineers to speed up its review and approval process for a permit that would allow the Dakota Access Pipeline to be built under a drinking water source in North Dakota. In his second week, the Trump administration took another step in that direction: The acting secretary of the Army on Wednesday directed the Corps to fully comply with Trump’s memorandum.

How much does it matter? A little. We already knew Trump wanted to push the pipeline through, and this is just one of many steps that would be required to make that happen. The permit still hasn’t been issued, and issuing it quickly might not be legal; it would mean cutting short the process of writing a required environmental impact statement. Opponents of the pipeline, including the Standing Rock Sioux Tribe, promptly announced that they would sue if a permit is issued. And activists continue to fight the pipeline on the ground, in the courts, and even in the Seattle City Council chambers.

Breaking all the rules:
Regulatory system in chaos

What happened? On Monday, Trump signed an executive order declaring that before an agency can create a new regulation, it needs to identify two old regulations for elimination. The order could make it tough for an agency to put new environmental rules in place, even if they’re needed to enact laws. The order is also just creating a big, fat, confusing, unworkable mess. “The whole rule-writing area is now in complete chaos and environmental rules are going to be caught up in that,” Georgetown environmental law professor Hope Babcock told Grist.

How much does it matter? Some. Harvard law professor Jody Freeman told Vox the order was “not implementable,” but it will still likely muck up and slow down agencies’ work. The more important takeaway is that Trump is intent on blocking and dismantling rules that he and his allies perceive as costly for business, and that will be bad news for environmental and climate protections in particular.

What a tangled website we weave:
Webpages wiped, part 2

What happened? As soon as Trump took the oath of office, his team started deleting climate information from federal websites, and that trend is continuing. “Federal climate plans created under former President Obama, tribal assistance programs, and references to international cooperation have been stricken from the [EPA] site,” Climate Central reported this week. A former EPA spokesperson tweeted, “This is NOT routine.”

How much does it matter? A bit. Let’s be honest: The EPA’s website has probably never set any traffic records. This site overhaul is more significant symbolically than practically. But as we noted last week, it’s a troubling indicator of what’s to come: the deletion of actual climate regulations and programs.