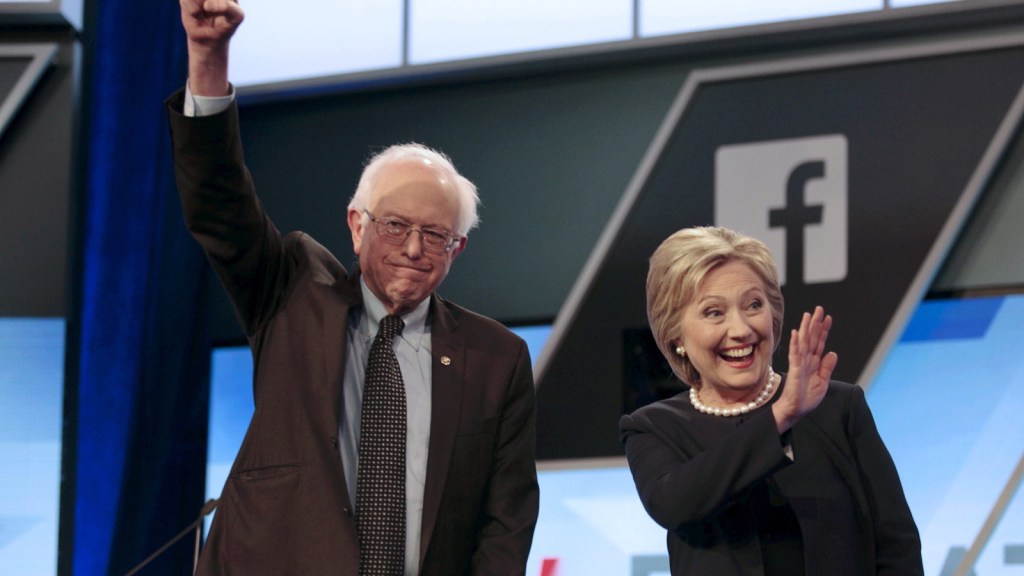 Less than a week to go before the New York primary, Hillary Clinton and Bernie Sanders will hold their ninth debate on Thursday on their shared home turf — Brooklyn. Though the environment hasn’t cropped up in many of the previous debates, it’s looking as though it will be on the table during this one with CNN and NY1. Last weekend, Sanders held a climate rally for activists in upstate New York, and he’s taken plenty of opportunities to go after his opponent on hydraulic fracturing. And on Wednesday, the day before the debate, Clinton released a plan to fight for climate and environmental justice.

With Clinton currently polling ahead of Sanders by double-digit margins and Sanders coming in from a seven-state winning streak, you can expect a tussle. But if you haven’t been keeping up — in this election season’s circus, we wouldn’t blame you — here are the climate fireworks to watch for in the debate:

Fracking: Sanders’ camp pointedly brought fracking into the fray in a state that’s banned the practice outright, highlighting Clinton’s record of supporting the natural gas industry. When it comes to fracking, Clinton favors local control and stiffer regulations, as opposed to the straight-up national ban that Sanders has called for.

How would Sanders stop fracking? Grist spoke to the Sanders campaign in February to get the details. (Hint: He says he doesn’t need Congress.)

Environmental justice: The water crisis in Flint, Mich., has featured heavily in the Democratic primary, as Rebecca Leber writes. Clinton released a plan on Wednesday to tackle lead poisoning, which includes establishing a Presidential Commission on Childhood Lead Exposure, directing more money to the Superfund budget, and requiring federal agencies to come up with environmental justice plans. It has some overlap with Sanders’ past proposals.

Fossil fuel donations: Clinton recently snapped at a Greenpeace activist at a rally in Purchase, N.Y., who challenged Clinton to reject fossil fuel donations in her campaign. Clinton lost her cool, replying that she was “sick of the Sanders campaign lying about me.” Ben Adler has the context on whether Clinton’s donors matter more than her policy positions.

Fuel extraction: Clinton and climate activists have genuine disagreements when it comes to fossil fuels, as Grist pointed out last week. For starters, Clinton supports some extraction on public land. (Sanders doesn’t.) Clinton in the past has also supported natural gas as a “bridge” between fossil fuels and clean energy.

Nuclear energy: One major difference between Sanders’ climate plan and views held by some environmentalists: nuclear energy. Sanders opposes nuclear across the board, while some scientists* tend to favor keeping it in the mix to steer clear of coal and oil.

Ben Adler took a deep dive into Sanders’ stance on nuclear power last month, and found that while it may “not be the best idea from a climate perspective,” it’s also not “the shallow hippie caricature that his critics describe.”

*Correction: A previous version of this story said environmentalists tend to favor keeping nuclear energy in the mix as a climate solution, when actually it’s much more mixed, with a handful of climate scientists who tend to be the strongest voices supporting nuclear power. We regret the error.