The sharing economy is bullsh!t. Here's how we can take it back 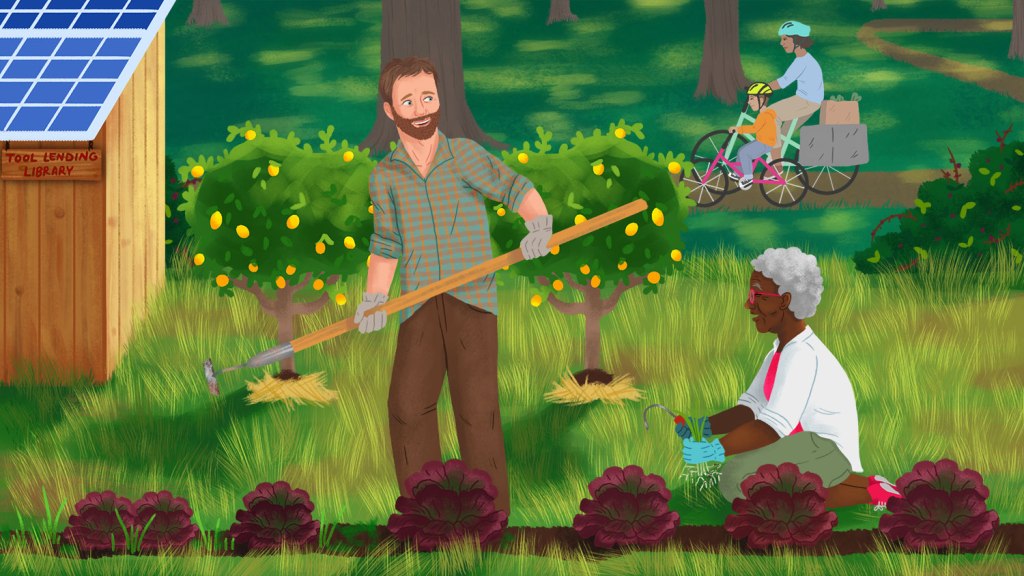 The sharing economy is bullshit. Airbnb is a rental broker. Uber and Lyft are unregulated cab services. Taskrabbit and similar “servant economy” enterprises let well-off people pay less well-off people to do their chores — without providing anyone the benefits and security of traditional employment.

“Sharing” has been appropriated and stripped of all meaning by people trying to sell you things, much like sustainability was. Once “green” became hip and important about a decade ago, corporate bigwigs started preaching about sustainable profits and misleading eco-labels got slapped on single-use disposable plastic water bottles. These days, share-washing is the new greenwashing.

A recent piece in The Nation indicted the so-called sharing economy on multiple counts:

The sharing economy is a nice way for rapacious capitalists to monetize the desperation of people in the post-crisis economy while sounding generous, and to evoke a fantasy of community in an atomized population. …

[I]t sees us all as micro-entrepreneurs fending for ourselves in a hostile world. … You may lack health insurance, sick days, and a pension plan, but you’re in control.

Of course, platforms like Airbnb and Spinlister, an app for sharing bicycles, do demonstrate something positive: People are willing to share, even with strangers.

And sharing, real sharing, is important. Sharing more could allow humanity as a whole to consume less, hopefully shrinking our economy’s voracious appetite for materials and energy. Thus far, resource use has accelerated in tandem with economic growth.

Sharing can help us achieve economic degrowth in consumption and production — and the wastes that come with them, like carbon emissions — while maintaining quality of life, or even improving it with more social interactions and stronger community relationships. (Watch degrowth explained with orange juice.) One reason I like the term “degrowth” is that it isn’t likely to be co-opted by profit-oriented companies anytime soon, since enterprises are mostly forced to grow or die in our fiercely competitive economy.

On a bigger scale, sharing wealth more even-handedly is the only way to decrease the world’s enormous economic inequality. We’ve made huge gains in establishing civil rights for women, people of color, and LGBTQ communities, but we won’t achieve true social justice until the economic pie is divided up more fairly.

And sharing power more democratically is the only way to fix our broken political system. As is, money moves resources and buys political outcomes — and it’s mostly in the hands of a few filthy-rich plutocrats.

In fact, an organization called Share the World’s Resources recently released a report arguing that sharing can be the idea that brings together social, economic, and ecological movements in a grand alliance. Imagine Black Lives Matter, the fossil fuel divestment crusade, and the smoldering embers of Occupy joining forces to fight for a real sharing economy.

“If you take a look at any of the serious problems we face as a society, from global climate change to pandemics to developing new energy sources, I would argue that they have to be solved cooperatively,” says Josh Farley, professor of ecological economics at the University of Vermont. “There is no competitive solution.”

Troublingly, a grow-grow-grow economy makes us all more reliant on money. Real sharing economy projects make money less important, like the Buy Nothing groups on Facebook and tool-lending libraries that Grist already writes about.

“What we need to do is develop models of a cooperative economy that can be scaled up to address these global problems, but we’ve got to start locally,” says Farley. “I really think we’ve got to start developing those new approaches very soon, and figure out what scales up.”

Hence this series. These “degrowth in action” stories will explore a bike cooperative, an urban food forest, and a community solar program — all in Grist’s backyard of Seattle.

Most people in the climate movement aren’t yet on board with the degrowth concept — that is, if they’ve even heard of degrowth — despite agreeing with many of its objections to our economic system and ideas about how to transform the world economy. Somehow, many still believe the myth that endless, exponential economic expansion is compatible with saving the climate. But if climate hawks can see real-life examples of degrowth, they might come to see its potential for creating a fairer society and cleaner environment.

Barbara Muraca, a degrowth activist and environmental philosophy professor at Oregon State University, calls these sharing projects “laboratories of social innovation.” They test out new ways of living together and prove that sharing works. “People learn to live differently because they do it, not just because they think about doing it,” she says.

Planting the seeds of a real sharing economy is no easy task. But it’s easier to share the work than go it alone. 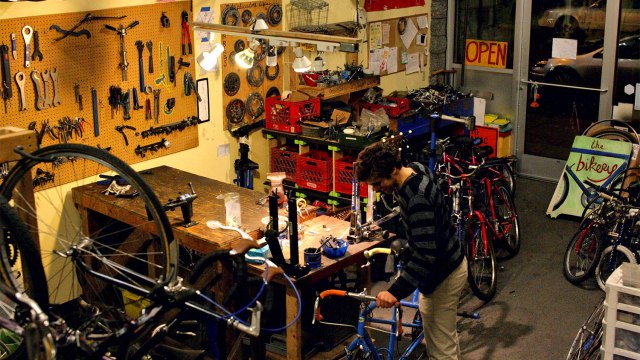 The bike kitchen movement greases the gears of the real sharing economy. 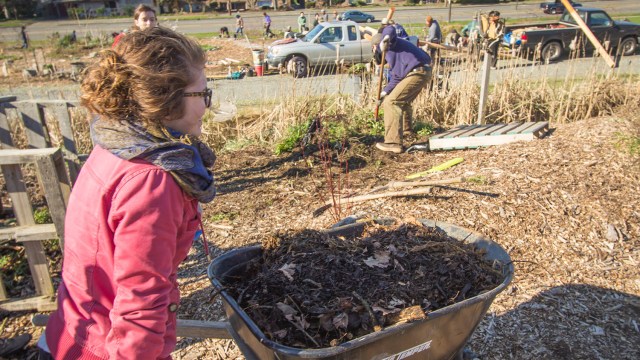 The Beacon Food Forest plants the heirloom seeds of a real sharing economy. 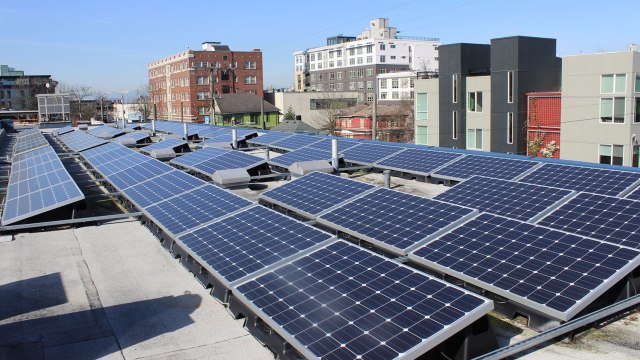 This affordable housing complex has a solar farm on its roof

A community solar project in Seattle is powering the real sharing economy.
See all articles in this series