Here are some facts about me that you likely didn’t need to know, but now you will:

2. I once traveled to Iceland to accomplish some life goals, and foremost among them was: See a puffin, live and in the feather, in its natural habitat.

3. Upon arriving in Iceland and realizing that it was not, in fact, puffin season, I was reduced to tears.

But the internet has restored puffin-joy (the purest form of joy) to my life and yours!

Seal Island, located off the coast of the noble state of Maine and home to Audubon’s Puffin Cam since 2012, hosts a refuge for puffins (as well as the distinctly less exciting razorbills and terns.) What’s so special about puffins, you ask? First of all: 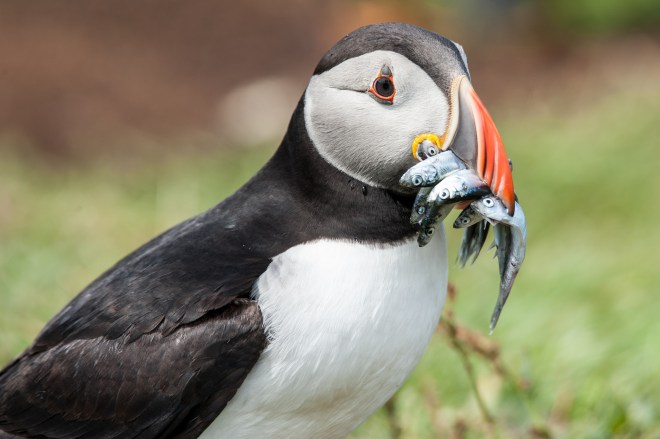 “Sold — they are perfect!” you are now exclaiming into the void. But why do they need to be protected? Puffin populations have been diminished by hunting, but they also — much like our Executive Editor — are being starved of their favorite treats: forage fish, like herring and sardines, which are dying off in warming oceans. The Puffin Cam put puffins forward as one of the — VERY APPEALING — faces of climate change.

Because I subscribe very strongly to the Dale Cooper philosophy — “every day, once a day, give yourself a present” — there’s no time like the present to revisit the Puffin Cam. Alternative Puffin Cam views include the delightfully named “Loafing Ledge” and “Boulder Berm.”

Soda ads with health warnings? That’s about to be a real thing