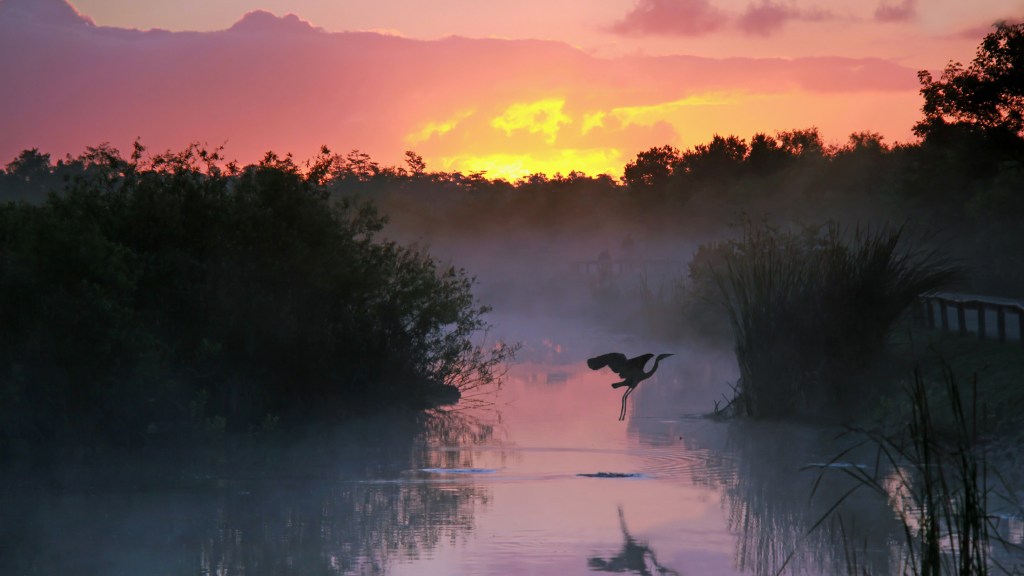 The Everglades is a bright green beacon in a state better known for wheelchair DUIs and 911 calls for chicken wings and cigarettes than protecting its natural resources. It’s one of the most biodiverse spots on the planet, with northern species like hawks, bears, raccoons, oaks, bobcats, deer, and alligators joining southern species like loggerhead turtles, roseate spoonbills, tree snails, cypress trees, and crocodiles in a big, beautiful, swampy mess.

And now it’s in trouble.

A Texas oil company wants to start exploring Big Cypress National Preserve, an area adjacent to the Everglades that shares much of its ecosystem. Big Cypress was named a preserve in 1974, but the massively wealthy Collier family kept the mineral rights, which they could lease to Burnett Oil Co.

NPR reports that this won’t be the first time the area has seen drilling:

Don Hargrove, the preserve’s minerals management specialist, says there’s nothing new about the efforts to drill there.

“Oil drilling and oil fields were here when Big Cypress was created; as a condition of the establishment of the preserve, oil and gas was to continue,” he says.

There are over a dozen active wells in Big Cypress now, Hargrove says, and that number may increase. The Burnett Oil company wants to look for oil by crisscrossing the Preserve with large, 60,000-pound trucks that vibrate large plates against the ground to generate seismic signals. The first phase of the survey would take about 8 weeks.

Environmental and indigenous groups are justifiably concerned. Although the National Park Service says the disruption from seismic testing would be minor, activists fear endangered wildlife will be forced out of their habitat. “They have no idea when they’re going through an area if there’s a denning panther, maybe a female panther with kittens in an area,” Matthew Schwartz with the South Florida Wildlands Association told NPR. “And that panther may abandon a den when it hears the intrusion.”

Even more concerning: If Burnett actually finds oil — a likely possibility considering the local geology — Big Cypress could be opened up to fracking. And if you need a reminder why fracking is a horrible, no-good, very bad way to extract natural resources from the ground, here’s a short list of fracking’s by-products: polluted drinking water, premature births, and lowered sperm counts, not to mention earthquakes. As Lynna Kaucheck, an organizer for Food & Water Watch in Florida, wrote, “Fracking threatens the air we breathe, the water we drink, the communities we love, and the climate we all depend on.”