It’s Wednesday, August 29, and California’s taking no prisoners in its bid to go 100 percent carbon-free by 2045. 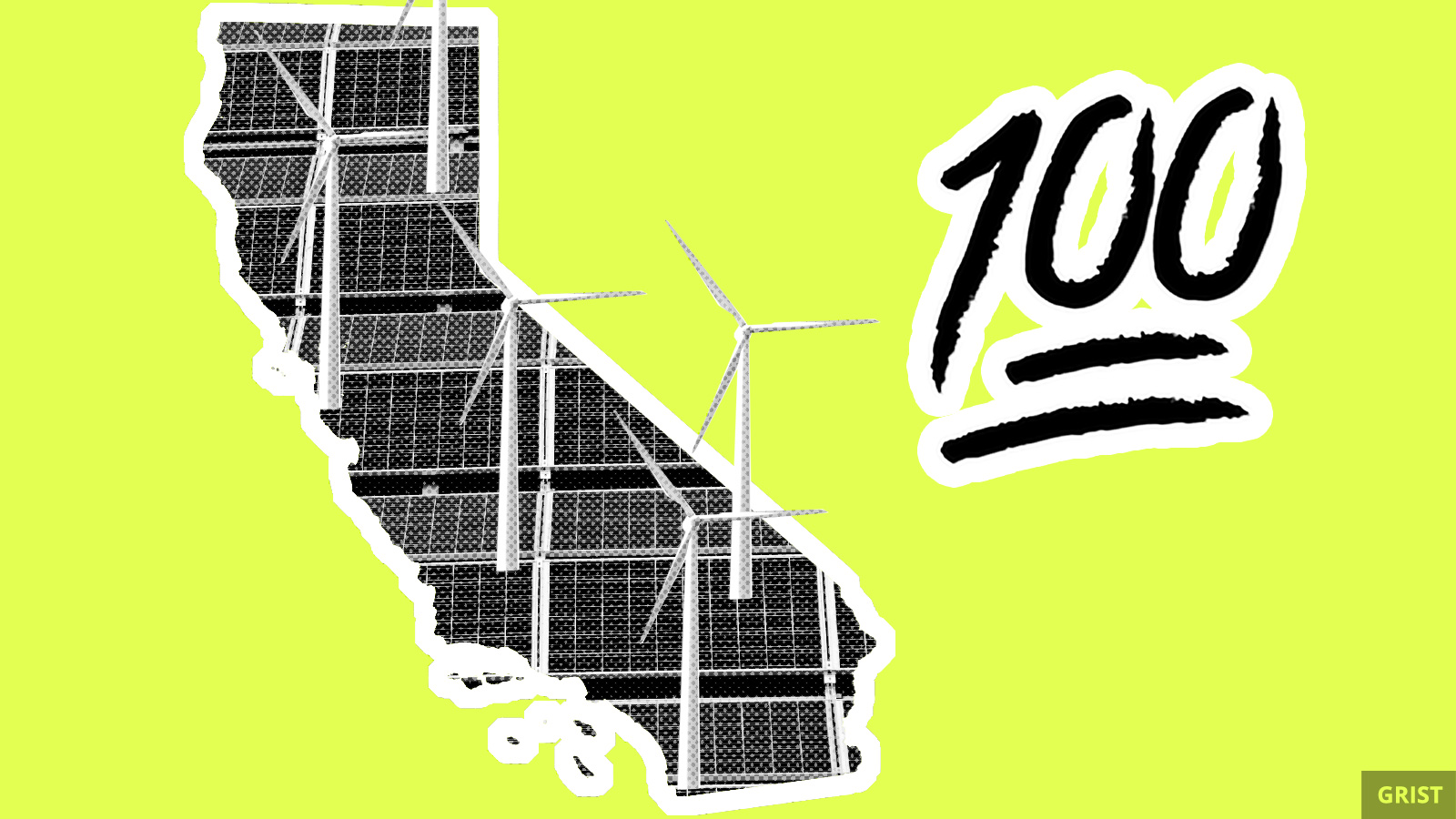 Yesterday, California lawmakers cast a vote that will change the way the world’s fifth largest economy gets its energy. The state plans to get 100 percent of its electricity from carbon-free sources by 2045. I know, I know, California is already all about those renewables — the state was planning to get 50 percent of its energy from clean sources by 2030 and this new goal ups that target to 60 percent. But this is actually a really big deal. Here’s why:

If Governor Jerry Brown signs the bill as expected, California will become the largest economy in the world to commit to 100 percent carbon-free electricity. It’s a pretty pivotal time for California to be putting its carbon-free foot down. The state is enduring yet another horrific wildfire season while its leaders go head-to-head with the Trump administration over key environmental regulatory rollbacks. And California just published its fourth climate change assessment, a document you should only read if you feel like crying over the fate of humanity (increased drought, mudslides, wildfires, and more are in store for the Golden State).

As you can see, there’s really no time like the present for California to aggressively push for the kind of climate action that will stabilize its existence on Planet Earth. So far, only one state has committed to 100 percent renewable energy: Hawaii.

Hung up on the whole “carbon-free” bit? There’s a reason the state didn’t commit to 100 percent renewable energy by 2045. That’s because nuclear is an important part of California’s energy mix — even though the last nuclear plant in the state is shutting down in 2025. Nuclear isn’t a renewable power source, but it is carbon-free. In 2017, nuclear energy supplied the U.S. with twice as much carbon-free power as renewables did. So, like it or not, nuclear is gonna help California go emissions-free.

Are we proud of California for taking this step? Heck yeah! Is it enough? Probably not. Some politicians are calling for 100 percent clean energy nationwide by 2035.

In 2013, Michigan had evidence of health-damaging pollutants in the Flint River. A state report from 2015 cited per- and polyfluoroalkyl levels in river water samples that surpassed state limits, but Flint officials may have not gotten the information. A year later, the city switched to the river as its drinking source, causing the Flint water crisis. Though a state official told Earther that this doesn’t mean the drinking water contained PFAs, the chemicals appear to be all over the state. Recently, PFAs were found in the water of 1.5 million Michiganders.

Farmers in Western states say their crops are delayed or degraded in quality because of wildfire smoke. There’s a lack of research on smoke’s impact on agriculture, but in one study, researchers found that in grapes grown for wine smoke can impart its flavor in the fruit, making it unsuitable for drinking. Meanwhile, all that smoke is bad for public health. Even masked farmworkers are getting sick, NPR reports.

Pollution isn’t just making people sick; it could also be chipping away at our intelligence. New research published in Proceedings of the National Academy of Sciences looked at 20,000 peoples’ language and math test results in China over a span of four years. More exposure to nitrogen dioxide and sulfur dioxide was associated with drops in performance. One of the paper’s authors said that even a small uptick in pollution could be equal to a month of lost education.

Floridians have climate change on the brain this election year