It’s Friday, July 20, and Girl Scouts are getting into STEM. 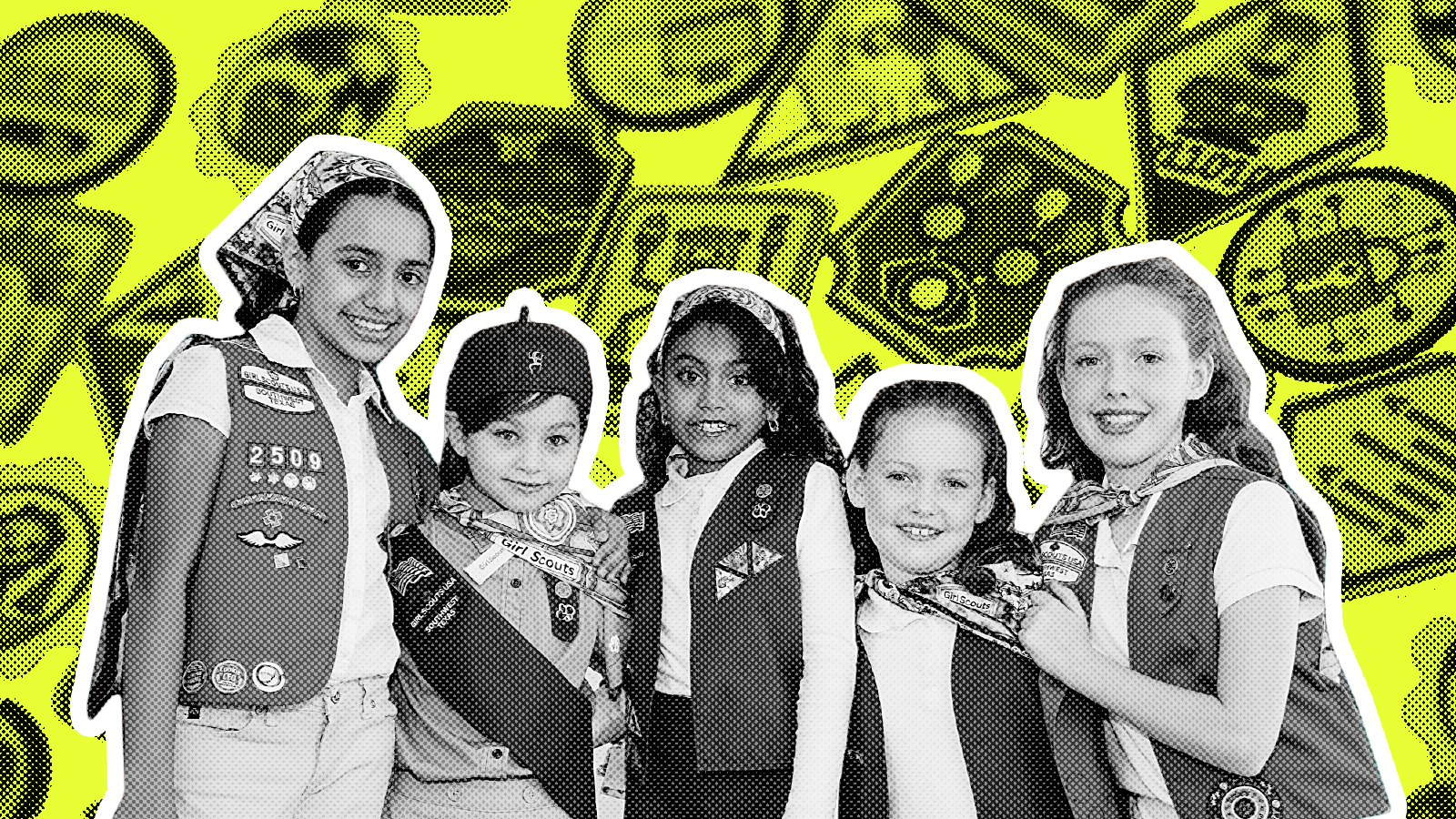 Girl Scouts isn’t just about Tagalongs and Thin Mints anymore: The century-old organization announced 30 new badges this week to prepare Scouts to “address some of society’s most pressing needs.” They include badges in robotics (cool), environmental advocacy (do we have some future Grist fellows in the house?), space exploration and cybersecurity. It’s never too early to get a password manager, girls.

Full disclosure: I was a Girl Scout, and while I did it mostly for the cool outfit and to please my mom (love ya, Mom!) I might have stuck around a lot longer if space and robots were involved. At a time when we desperately need more women in positions of power and influence — heard about #MeToo? — putting the work in to get these badges could equip girls with ecological awareness and technological know-how that might help them down the road.

And it could help the climate, too. In his book Drawdown, the environmentalist Paul Hawken ranks educating girls as one of the top ways to fight global climate change — with the power to reduce an estimated 60 gigatons of emissions by 2050. How? Educated women have more authority over their reproductive health, thus curbing population growth and resulting in healthier children.

So next time you see a Girl Scout selling cookies in your neighborhood or outside a marijuana dispensary, remember that those Thin Mints are helping young women – and the planet.

Speaking of the youths, young climate activists from around the country are descending on Washington, D.C. tomorrow for the #ThisisZeroHour climate march. Who knows? Maybe some Girl Scouts will be among them.

Think you’ve heard the last of good ol’ Scott Pruitt? Well, no. Internal EPA emails published yesterday show that agency staffers were concerned that trace amounts of formaldehyde in the former administrator’s desk could hurt Pruitt and took steps to protect him. The irony is that Pruitt’s political aides had moved to block a report about the dangers posed by the carcinogen from being published just a few months later. It appears that, under Pruitt’s leadership, the EPA was only concerned about protecting officials from harm — not the public.

Another climate change accountability lawsuit appears to have died. In January, New York City sued ExxonMobil, Chevron, BP, Shell, and ConocoPhillips, alleging that the companies had purposefully misled the public about the effects of climate change so they could keep raking in money. U.S. District Court Judge John F. Keenan tossed the lawsuit straight in the proverbial trash can yesterday. “Global warming and solutions thereto must be addressed by the two other branches of government,” Judge Keenan said. Another lawsuit in California met a similar fate last month. Read the full story here.

A report released today by the Office of the Inspector General found that the EPA seriously screwed up during the Flint water crisis. The watchdog agency’s 74-page critique says the EPA district responsible for protecting Michigan’s citizens and the environment “exposed thousands to lead and caused a 58 percent spike in fetal deaths in the largely black community,” writes Grist’s Shannon Osaka. Read the full story here.

hot off the press

Grist’s very own Justine Calma appeared on American Public Media’s Marketplace yesterday to talk urban heat islands, the subject of her latest cover story. Did you know that indoor temperatures in large city buildings are often hotter than outdoor ones? Extreme heat kills more than a hundred New Yorkers yearly. Check out Justine’s interview here — about 17 minutes in.

A D.C. District Court just sewed up an EPA loophole